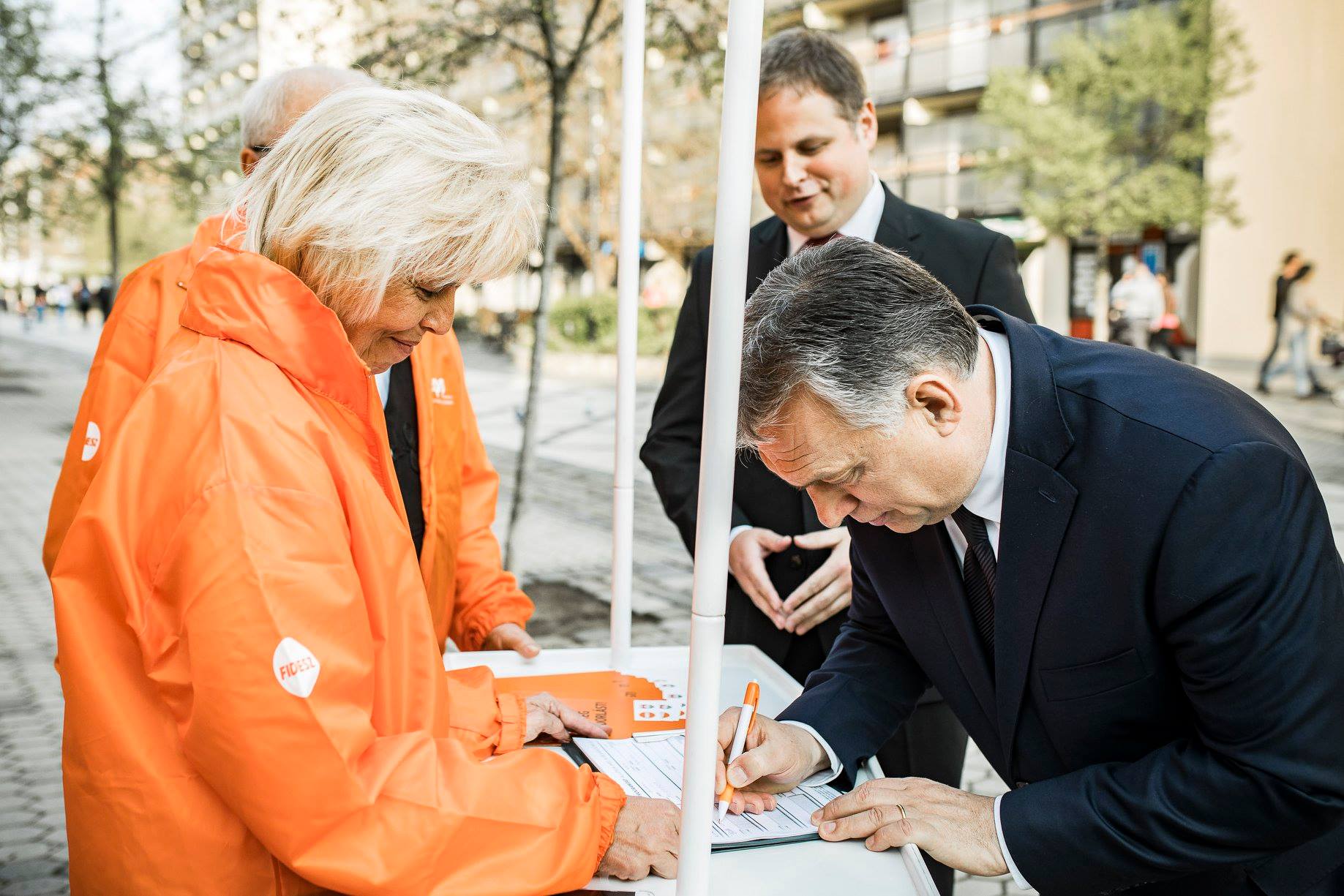 Viktor Orbán officially kicked-off Fidesz’s campaign on April 5. The party’s program focuses exclusively on migration, Soros and EU criticism. Pollsters and analysts agree Fidesz will win the most votes by far. In fact, some even believe the party could win two-thirds of the seats in the European Parliament election.

Contrary to the party’s 284-page-long program from 2009, its current seven-point program focuses almost exclusively on putting a stop to immigration, Soros and EU-criticism. In fact, it barely mentions any other issues the EU faces.

1. The management of migration must be taken away from the Brussels bureaucrats and given to the national governments.

2. No country should be forced to accept migrants against its will.

3. Nobody should be admitted to Europe without valid identification and documents.

4. Prepaid migrant cards and the migrant visa must be abolished.

5. Brussels should not give more funding to the NGOs financed by George Soros.

6. In Europe, no one should be discriminated against because they declare themselves Christian.

7. EU institutions should be governed by politicians opposing immigration.

The party’s lead candidate is Minister of Justice László Trócsányi. The Minister is known for pushing through the (re-)introduction of controversial admin courts. In addition, it was recently revealed that Trócsányi would be Hungary’s next Commissioner as Fidesz’s estranged former Commissioner, Tibor Navracsics, is only listed as the 44th candidate on the party’s EP list (Hungary has 21 spots in total). Just as Orbán recently refused to debate Frans Timmermans, Trócsányi has also consistently declined invitations to debate.

The Hungarian Prime Minister recently chose to no longer support EPP-backed Manfred Weber as the lead candidate of the European Commission. His motivations are unclear for the time being. But, according to speculation, the party will either support Brexit negotiator Michel Barnier or call the entire Spitzenkandidat system into question. Whether or not Fidesz remains in the EPP has yet to be seen.

Fidesz consistently works hard when it comes to mobilization. Orbán recently referred to the upcoming election as “the most important EP election ever.” Moreover, just one day after the campaign’s opening, Fidesz kicked-off a signature-drive. According to party officials, more than 1,5 million people signed ahead of May 1.

According to the polls and predictions, Fidesz-KDNP will almost certainly emerge as a winner next Sunday. Most surveys agree that the party will pocket around 50-65%, or 11-14 mandates, depending on the turnout. Fourteen mandates out of 21 would mean a two-thirds majority. This would be the party’s best performance ever, easily eclipsing its achievement in 2014 (14 out of 22 mandates).