Fidesz Youth Starts Own Campaign: ‘Budapest is Not a Circus’ 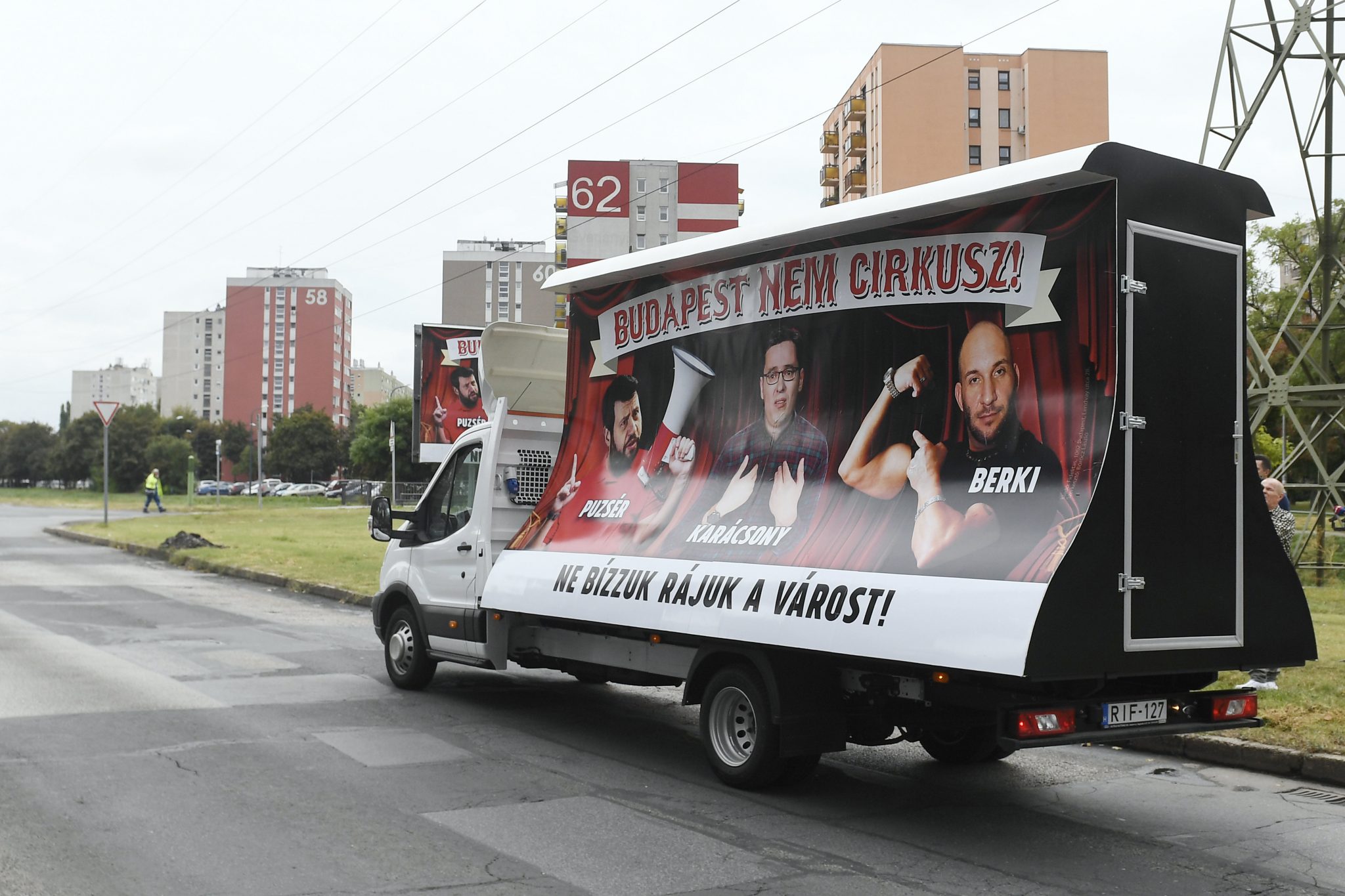 Governing Fidesz’s youth organization launches its own poster campaign for the local election with the motto “Budapest is not a circus!,” Fidelitas President László Böröcz announced in Zugló (Budapest 14th district) on Tuesday.

Fidelitas will place posters depicting mayoral candidates Gergely Karácsony, Róbert Puzsér, and Krisztián Berki with the caption “Budapest is not a circus! Don’t trust them with the running of the city!” to show why the organization considers the three candidates unfit to run Budapest.

The only thing that drew attention to themselves was by ‘clowning around,’ he said, stressing that the Hungarian capital deserves much better, as Budapest is one of the safest, liveliest, and most visited capitals in Europe today.

Ádám Borbély, Budapest president of Fidelitas, said that Zugló mayor and opposition politician Gergely Karácsony had degraded the district in the past five years, publicist Róbert Puzsér was “loud and obscene” and also wrong, and Krisztián Berki, a self-made celeb, was not addressing the matters of the city, he was just indulging in personal attacks.

Joint opposition mayoral candidate and incumbent mayor of Zugló, Gergely Karácson,y responded to the poster campaign in a Facebook post.

“I hear Fidesz’s intellectual division has started, to tell me that Budapest is not a circus,” writes Karácsony.

“Even the ancient Romans knew that the people needed bread and circuses. But I also give bread, not just clown around, like the others!”Berki stated.

Mayoral candidate Róbert Puzsér, publicist, social critic, and television host, has not yet responded to the poster campaign.

Gergely Karácsony is considered the most popular opposition candidate in the capital after winning the pre-selection. According to some surveys, he might even have a chance against incumbent mayor István Tarlós. Even Róbert Puzsér has made a promise that if Karácsony wins the so-called pre-selection process, he would step down.

After conflicts over candidate coordination with other opposition parties, however, Puzsér announced he would not back the mayor of Zugló. Krisztián Berki is considered an odd candidate, with many accusing him that his intention to run for Budapest mayor is nothing else but a promotion for his new reality show, while others claim he’s only a Fidesz puppet dividing the opposition voters helping Tarlós.

The local elections will be held on October 13th.