After the Socialist Party’s reign in the area came to an end, the town in North-East Hungary functioned as one of Jobbik’s strongholds – especially given that Fidesz didn’t have strong support in Tiszavasvári previously.

The by-election took place on Sunday as the mayor of Tiszavasvári left the position to serve as a Member of the Parliament. Since 2011, mayors of municipalities haven’t been permitted to hold two positions at once. Erik Fülöp received a mandate at Jobbik’s national list and chose the parliamentary vote.

Jobbik made a tactical error in letting Fülöp leave the position in favor of a parliamentary seat. Other candidates from a national list could’ve filled the position, and, had that been the case, an election would’ve been unnecessary and Jobbik wouldn’t have been affected by such harsh political and financial conditions.

On Sunday, Zoltán Szőke, the Fidesz-KDNP candidate, won the majority of the votes. According to MTI, 4609 voters turned out to the poles and 1897 votes went to the pro-government candidate. Ildikó Badics stood out among the independent nominees; in a close race, she came in second place with 1676 votes.

Jobbik couldn’t officially run in the election due to the fine issued by the State Audit Office. However, in an interview with Jobbik-close Alfahir.hu, Badics showed great respect towards the work of the previous mayor and Jobbik supporting her candidacy.

According to the aforementioned website, Badics won seven out of the ten voting districts, but Fidesz was able to win a greater proportion – 75 percent – of the remaining three electoral areas. In the previous election in 2014, Jobbik won with 52 percent, but the party performed better in April’s election.

Coronavirus: Jobbik Calls for One-off Benefits to be Tax Exempt in Emergency 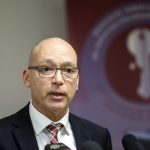