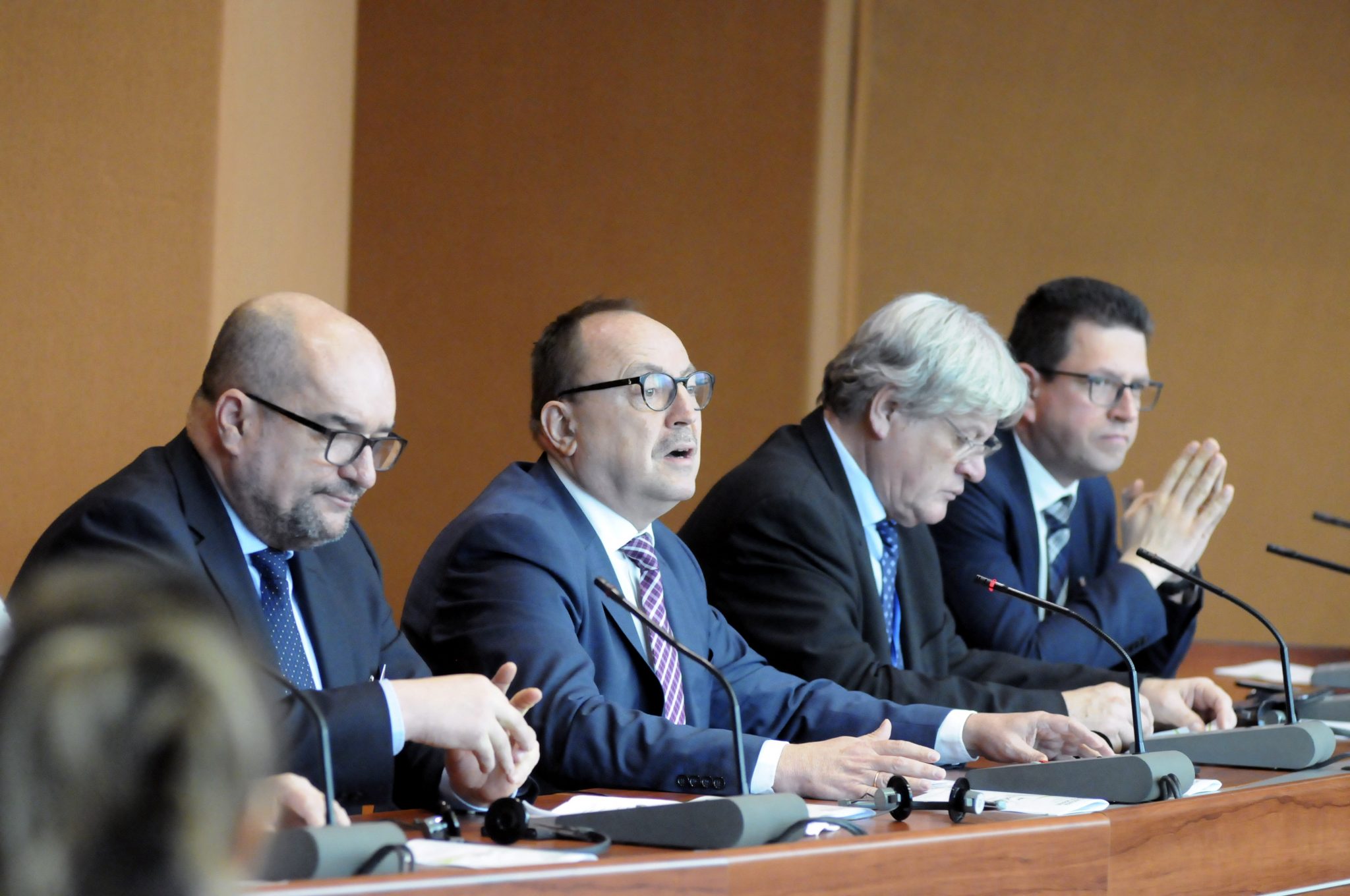 Ukraine should suspend the debate on its language bill and pass a law that is in line with European norms and does not curtail the acquired rights of the country’s minorities, Zsolt Németh, the head of parliament’s foreign affairs committee, said in Strasbourg on Tuesday.

Addressing a roundtable discussion on language rights in Ukraine, Németh said Ukraine’s language bill gave cause for concern, arguing that it would restrict the use of minority languages to private life.

Hungary is baffled by the bill, he said, adding that it had added to the bilateral tensions caused by the enactment of the country’s education law. Németh said the only way to resolve the dispute was for Ukraine to submit the bill to the Venice Commission and wait for the body to publish an opinion on the bill before approving it.

If there’s a path to peace and if there’s a perspective of Western integration, they can only lead through respect for human, and specifically, minority rights”

He said that based on the outcome of the first round of Ukraine’s presidential election, there was reason to hope that the country could start down on a new path concerning its international ties, settle its geopolitical conflicts and base its domestic political activities on respecting minority rights.

Németh also said that Hungary’s position on Ukraine’s treatment of its minorities enjoyed strong backing in the Parliamentary Assembly of the Council of Europe (PACE). He pointed out that over 80 percent of the body had backed a resolution condemning Ukraine’s education law and calling on Kiev to turn to the Venice Commission in the matter. Romania has proposed another resolution in the matter that would lay out the norms Kiev would have to respect as regards the treatment of its minorities, Németh added. However, he expressed hope that such a resolution would not be necessary after the presidential election.