Fidesz Suspended in EPP after Vote on Joint Proposal 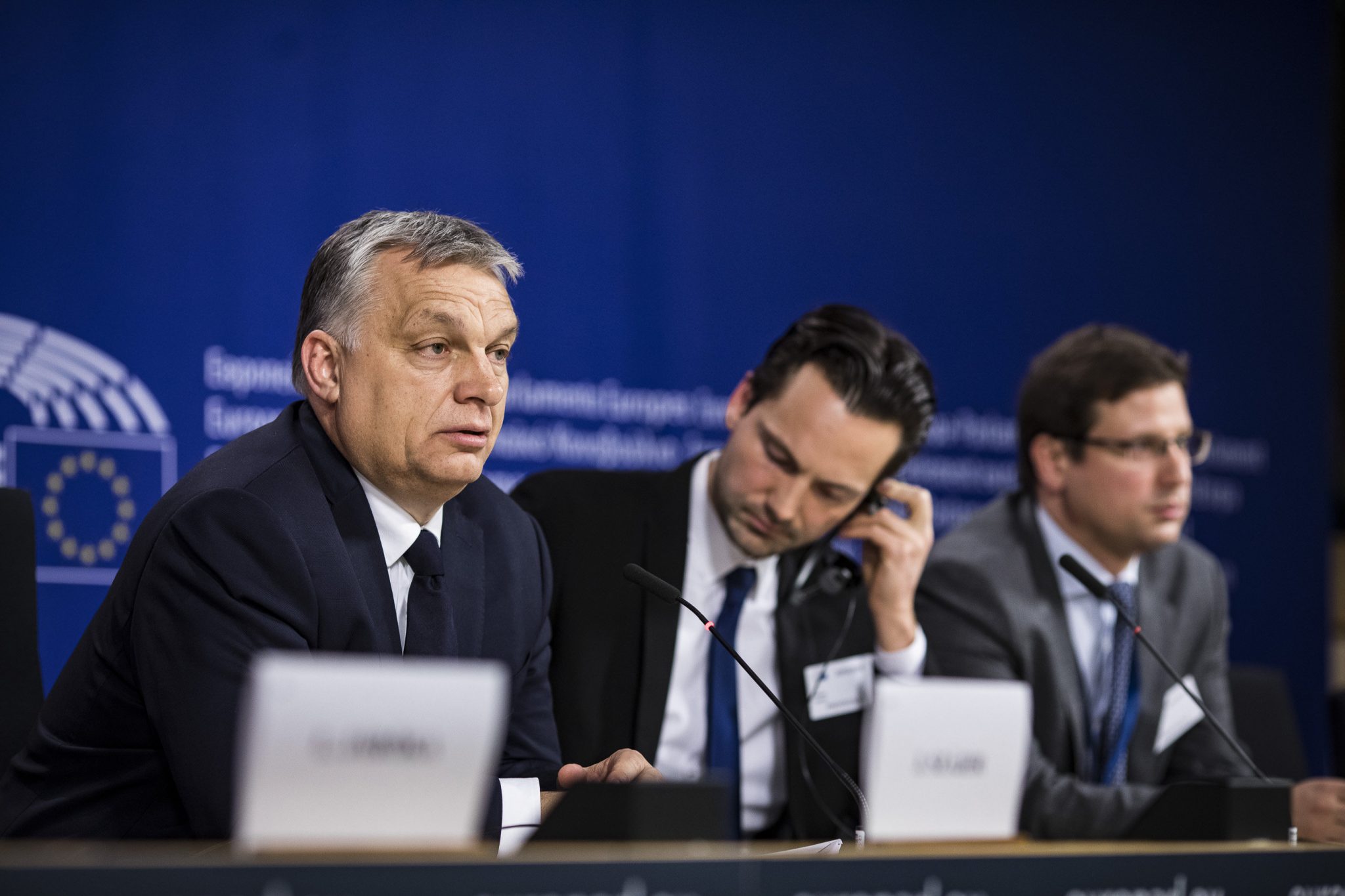 “Fidesz will be suspended with immediate effect and until further notice following today’s vote of EPP members,” Joseph Daul wrote in a tweet. He added that 190 EPP delegates were in favour of the suspension and only 3 voted against it.

#Fidesz will be suspended with immediate effect and until further notice following today’s vote of EPP members (190 in favour, 3 against). The suspension entails:
▪No attendance at any party meeting
▪No voting rights
▪No right to propose candidates for posts

The suspension means that Fidesz is not allowed to attend the party meetings, has no voting rights, and has no right to propose candidates for posts. 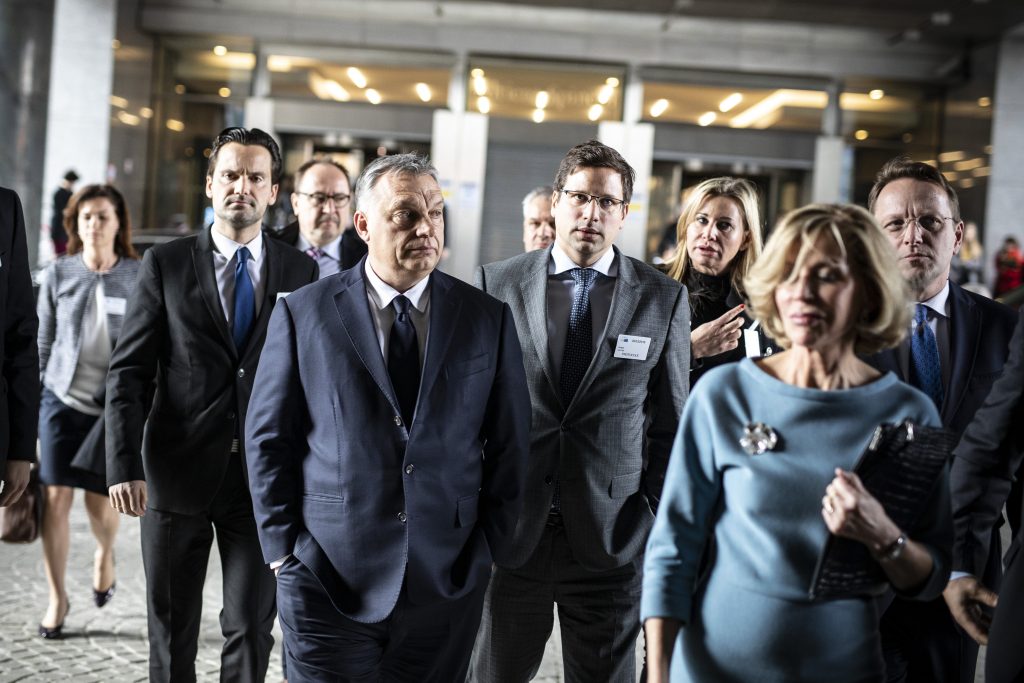 Leaders of Fidesz and the Hungarian government arriving at the EPP meeting. Photo by Balázs Szecsődi/PM’s Press Office

Joseph Daul also stated that  “this decision was not taken lightly” but EPP “is and must remain a beacon of values and all our member parties must lead by example”. He also emphasized that

We cannot compromise on democracy, rule of law, freedom of press, academic freedom or minorities rights. And anti-EU rhetoric is unacceptable. The divergences between EPP and Fidesz must cease.”

Manfred Weber also tweeted about Fidesz’s suspension. The EPP Spitzenkandidat states it was his proposal and he believes that “this was a necessary decision” because “our values are not negotiable” and Fidesz has to “rebuild trust”.

The #EPP today accepted my proposal to suspend #Fidesz. This was a necessary decision. Our values are not negotiable. Now it is up to the evaluation committee to decide on the position of Fidesz in the @EPP, based on concrete progress on our concerns. They have to rebuild trust. pic.twitter.com/BVtFHCy8W1

Hungary’s ruling Fidesz has unilaterally suspended exercising its rights as a member of the European People’s Party, Prime Minister Viktor Orbán said at an international press conference after the EPP meeting in Brussels on Wednesday. 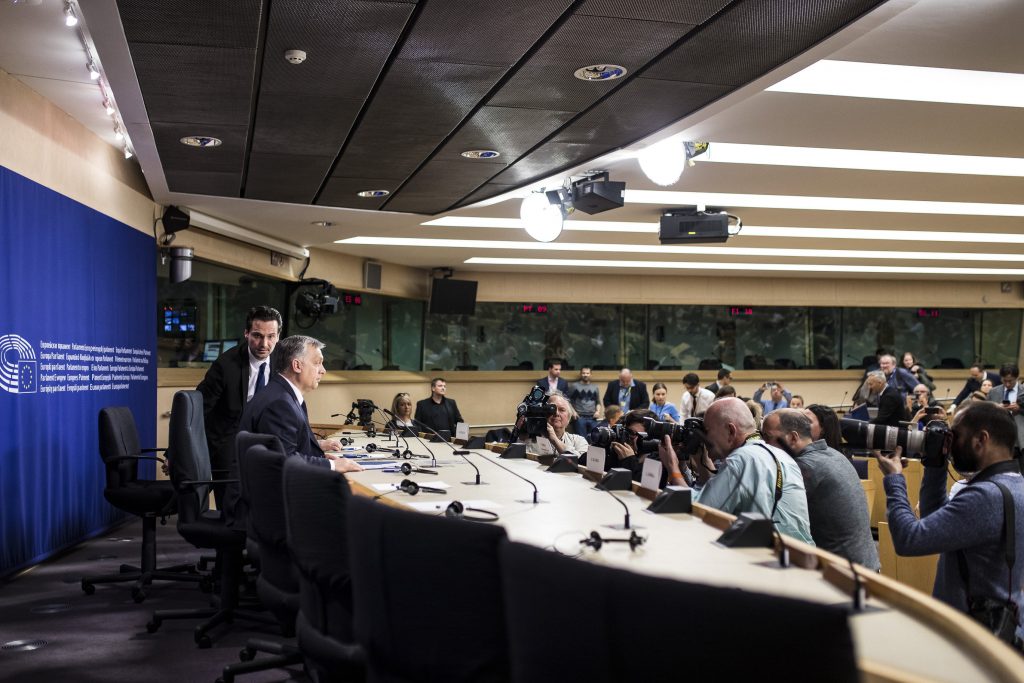 The EPP has requested “three wise men” (i.e. the “evaluation committee” that Manfred Weber mentioned) to prepare a report, on the basis of which “the long-term future of the EPP and that of the relationship between the EPP and Fidesz can be decided”, Orbán said.

Although Gergely Gulyás, the Head of the Prime Minister’s Office, stated prior to the vote that Fidesz would immediately quit the EPP rather than see its membership suspended by the party group, according to Viktor Orbán, it wasn’t the case as Fidesz itself decided to suspend exercising its rights. Orbán insisted that

We cannot be ejected or suspended; we have won four elections by the will of Hungarian citizens”

He noted that Fidesz had garnered 47, 56, and 52 percent of the votes during the past three European parliamentary elections, respectively. He said that

A party like that will obviously not allow itself to be ejected or suspended but will stand up and leave instead.”

Fidesz has decided to “suspend our rights as long as the three wise men complete their report, then we will have talks again with the EPP”, Orbán said. 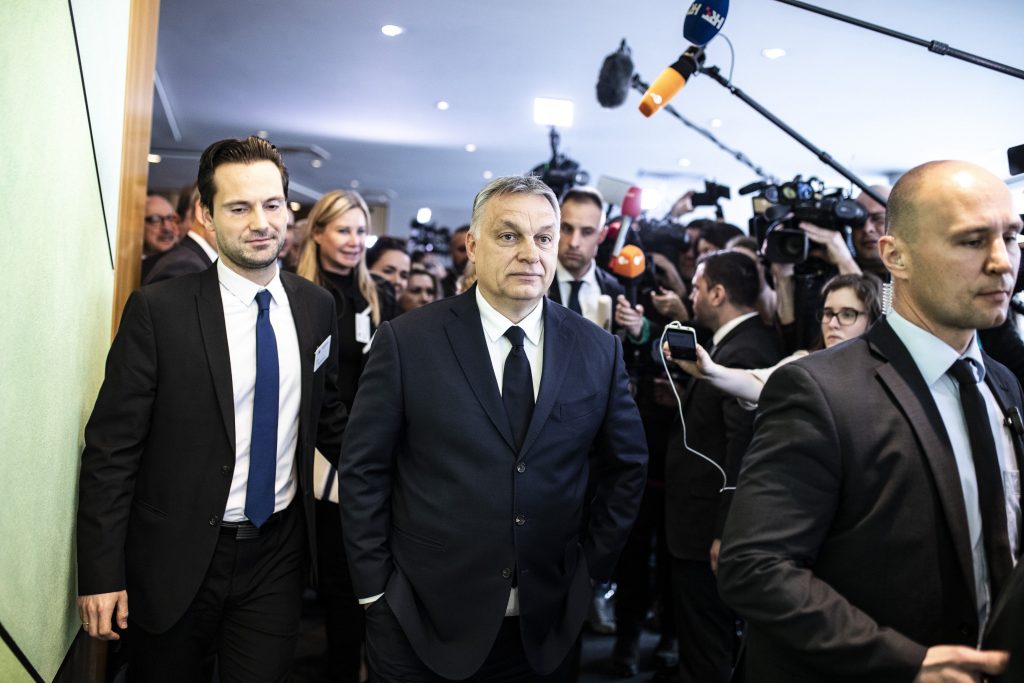 The prime minister stressed that Hungary’s policies remained unchanged, saying that he had made this clear at Wednesday’s assembly. He said this applied to Hungary’s goal of a strong Europe, a strong European Union, its immigration policy and its priority to protect Europe’s Christian culture.