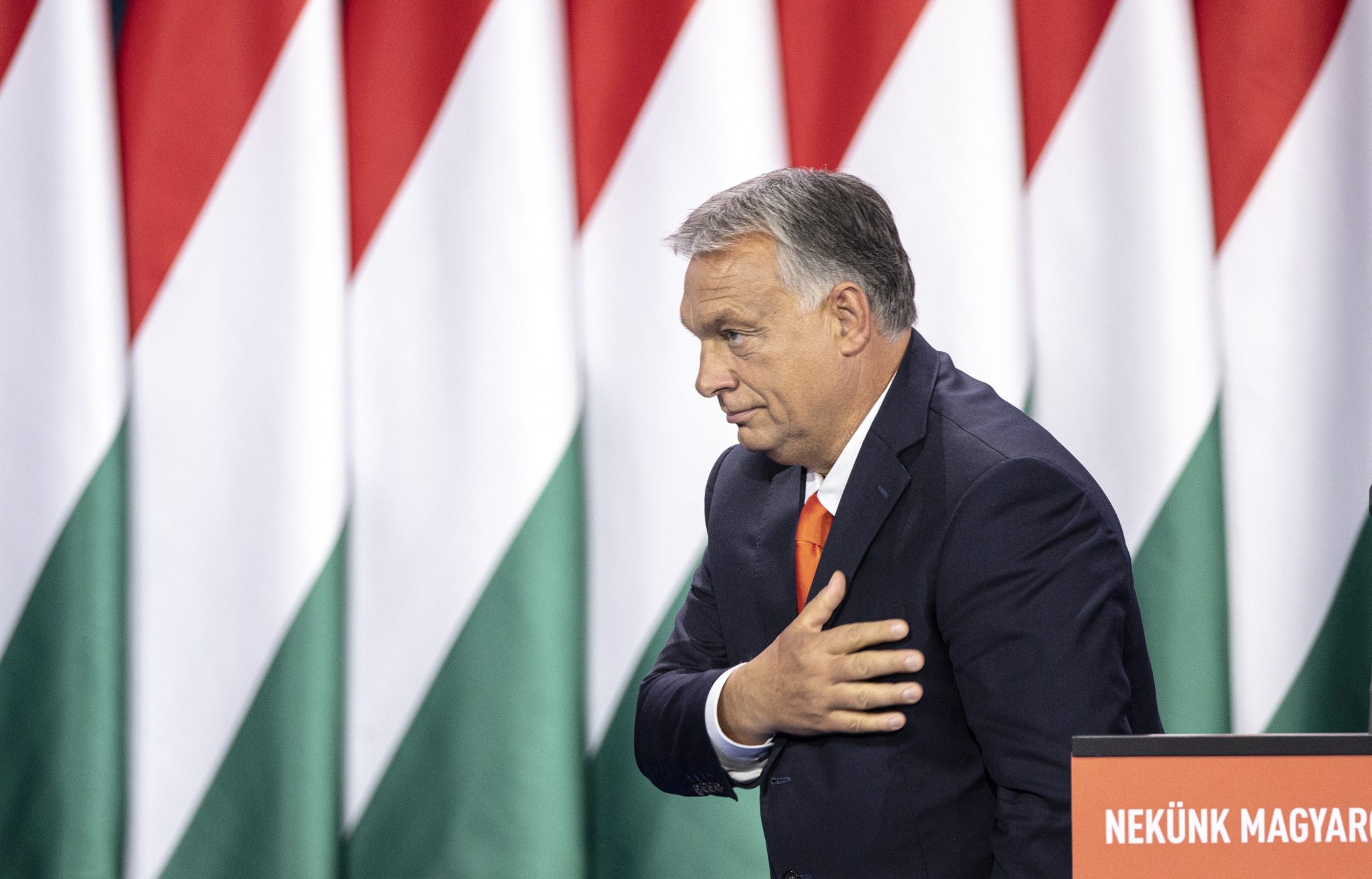 Viktor Orbán, Hungary’s prime minister, was re-elected as leader of ruling Fidesz at the 28th congress of the party in Budapest on Sunday.

Orbán got 1,406 votes from the delegates. 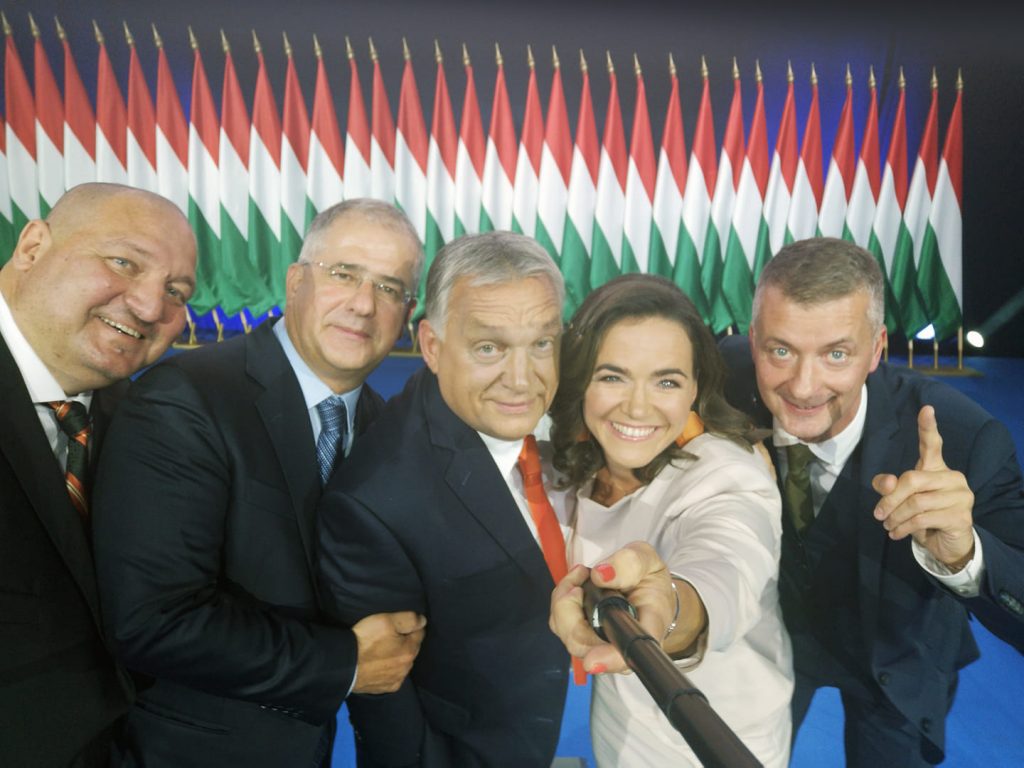 Contributors to the 28th congress of ruling Fidesz, held in Budapest on Sunday, summed up achievements of the past few years and discussed challenges faced by the party and Hungary.

Gergely Gulyás, head of the Prime Minister’s Office, described the past nine years of Fidesz rule as Hungary’s most successful period since its return to democracy 30 years ago. Hungary has gained in strength in terms of self-confidence, the economy, security and image of the future, he said.

Ahead of the local elections scheduled for October 13, Gulyás accused the opposition of efforts to “occupy wartime bridgeheads” rather than win mayoral posts and councillor’s seats. The candidates of the “Hungarian Molotov-Ribbentrop pact” seek to “unleash a war rather than serve the local communities”, he said.

Deputy Prime Minister Zsolt Semjén, head of the co-ruling Christian Democrats, called the alliance of Fidesz and his KDNP party “the most successful political structure in the history of the European Union”.

He pledged to “defend our homeland, our Christian civilisation, our way of life and our nation”.

Noting that Hungary had opened an unprecedented number of church schools, and built or reconstructed more churches than ever, Semjén said that “we are building rather than closing churches, and will let none of them to be turned into a plaza or a mosque.”

He predicted that the ruling alliance will win a landslide in the upcoming municipal elections as it did in all votes since 2006. Semjén criticised the opposition as a “hodgepodge of post-Nazis, neo-Marxists and anarcho-liberals”. 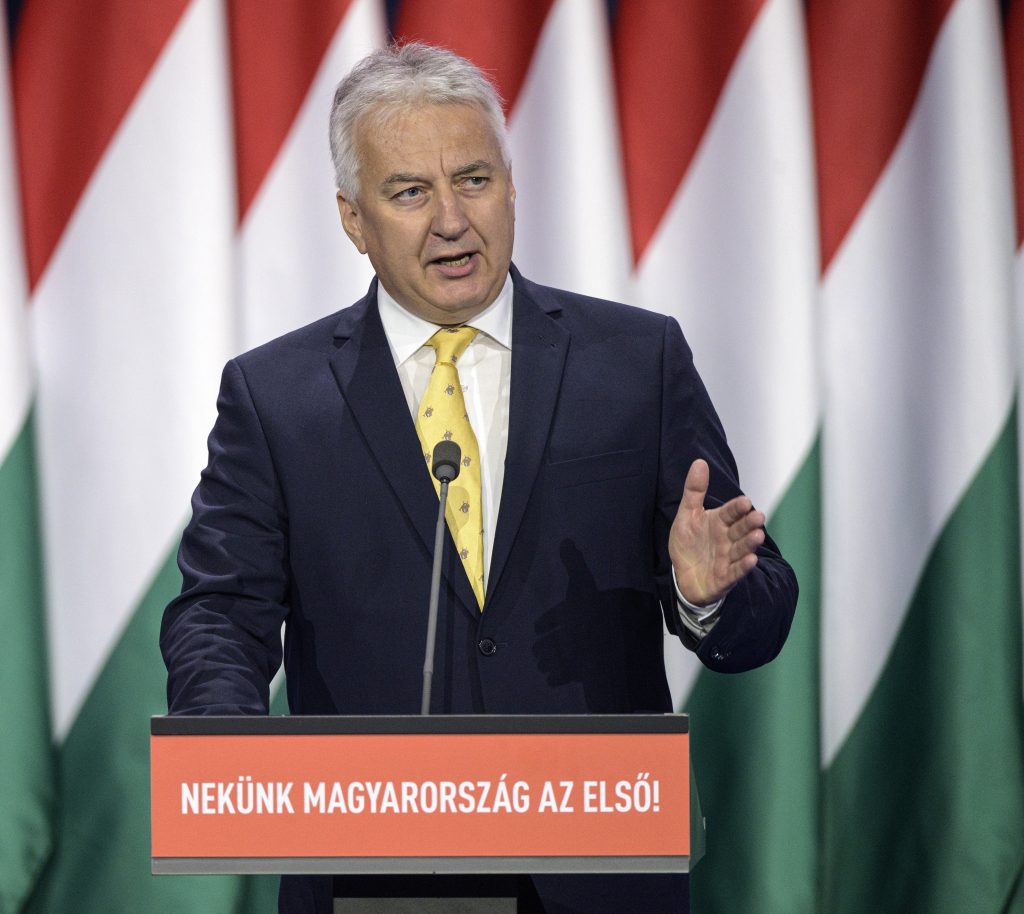 Máté Kocsis, the party’s parliamentary group leader, said the Fidesz group will continue to safeguard the dignity of the Hungarian parliament and “not even their righteous indignation at the opposition lawmakers’ insults will divert their attention from serving the will of the people”.

Foreign Minister Péter Szijjártó accused pro-migration forces of opening the borders for illegal migrants, then putting pressure on other countries to accept them and take part in their redistribution.

Szijjártó called Fidesz “Europe’s most successful party” whose victory in this year’s European parliamentary elections “lends us confidence for the battles to come”.

“No matter what pressure Hungary is exposed to, it will not accept a single illegal migrant,” he said, adding that it is up to Hungarians to decide with whom they want to live together with.

Justice Minister Judit Varga said Hungary does not criticise other countries and does not expect any of them “to follow in its footsteps” but its government rejects double standards and expects that the EU respect the member states’ identities.

MEP Tamás Deutsch said that although “our troops are battling on the Brussels frontier to protect the interests of Hungary and its people”, pro-migration policies are gaining momentum in Europe again and “the resolve and anger of pro-migration forces have remained unchanged”.

Regarding the European Parliament’s legal affairs committee establishing a conflict of interest concerning Hungarian MEP László Trócsányi’s candidacy for EU commissioner, Deutsch said the “pro-migration forces are taking revenge on Trócsányi”. He called the Fidesz MEP and former justice minister the “Hungarian Salvini”, saying that both politicians had proven that stopping migration is possible and a matter of political will.