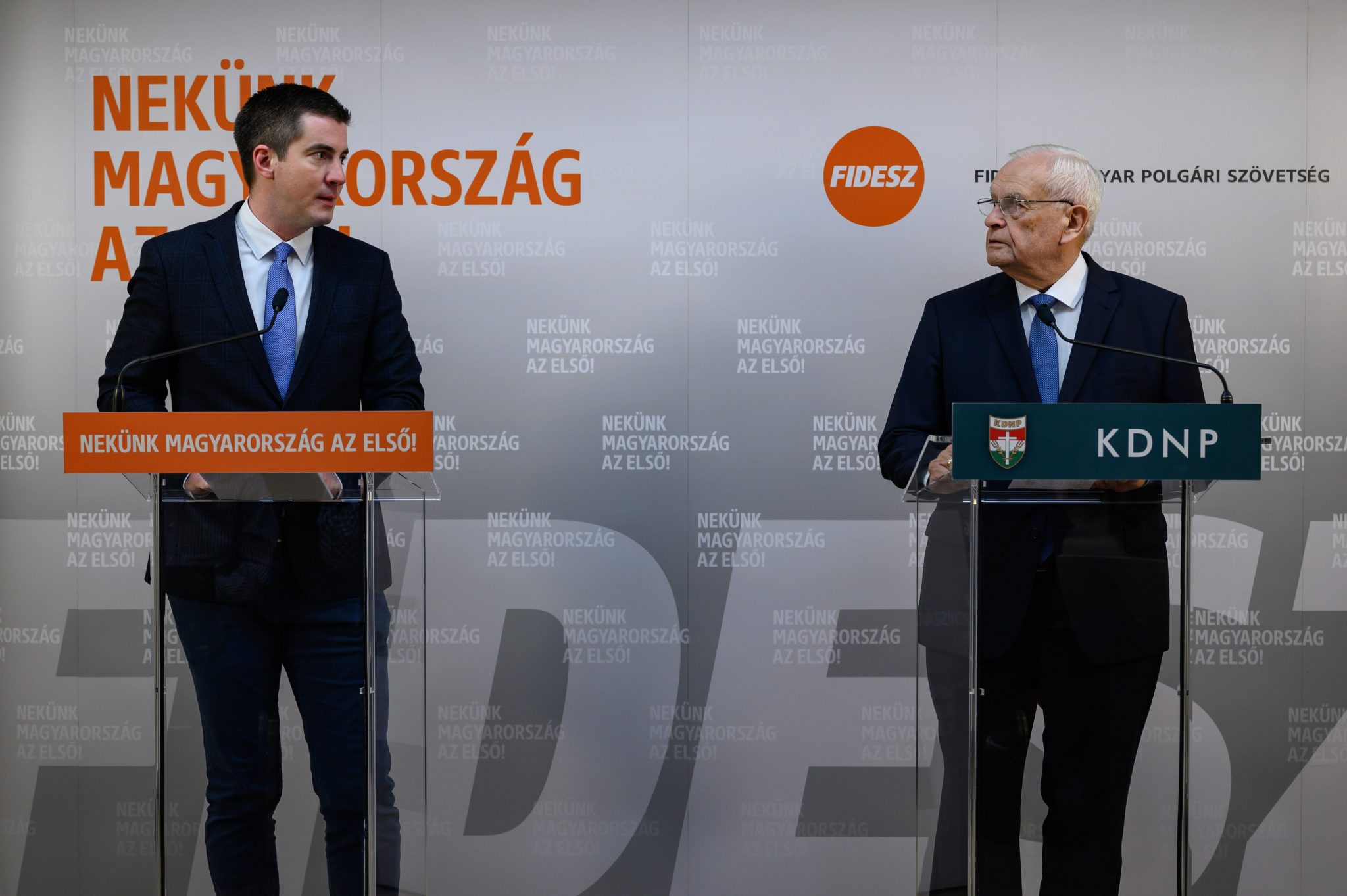 The ruling alliance of Fidesz and the Christian Democrats are prepared to back proposals by the justice ministry for stricter probation regulations and a halt to lawsuits against the state over poor prison conditions, Fidesz’s group leader said on Thursday.

Addressing a press conference following a parliamentary group meeting in Balatonfüred, Máté Kocsis said that no one who harms another person should be eligible for an early release from prison even if they demonstrate good behaviour. Concerning crimes committed against family members, convicts released early must be subject to parole, he said.

The ruling parties will also initiate a review of judicial practices when it comes to the placement of children, parental supervision and parental contact, he said, adding that the two parties also agreed on the need to strengthen the child abuse alert system.

Concerning the recent child murders in Győr, Kocsis said that if the court had not imposed the most lenient sentence in the case, the perpetrator would still be in prison and the children would be alive.

As regards the payments of compensation to prison inmates who had filed lawsuits over poor prison conditions, he said that “the business is being exploited by canny lawyers and members of the Soros network”. He said the Hungarian state had to pay a total of 8.6 billion forints (EUR 25.3m) in compensation to inmates between 2017 and 2019. Kocsis said 61 percent of the payments had been transferred to the bank accounts of law firms, adding that lawyers tended to charge a contingent fee in the range of 15-40 percent.

On the same day, the head of the Prime Minister’s Office, Gergely Gulyás, has announced that the Orbán government is launching yet another “national consultation” on the topics Fidesz group leader Máté Kocsis mentioned. Although they have clear positions on the issues but seek strong backing from society to represent them in the international arena and at home.

In the featured photo (from left to right): Máté Kocsis and Péter Harrach. Photo by Tamás Vasvári/MTI