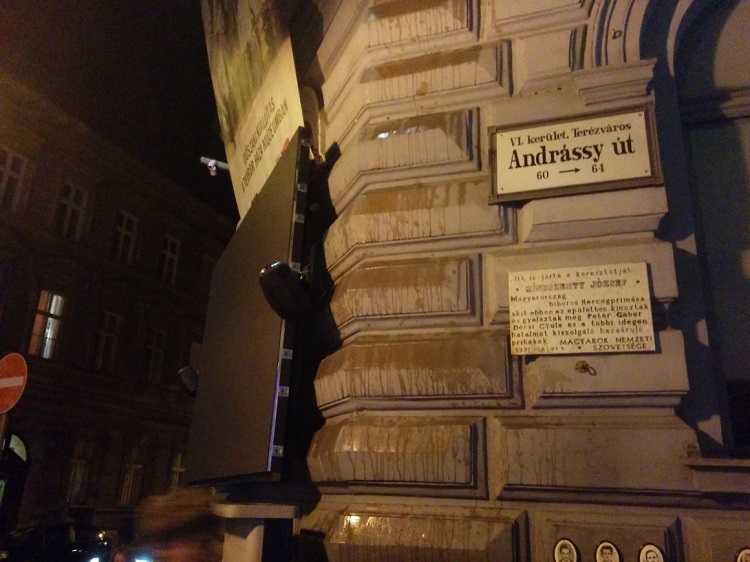 The ruling Fidesz party said it firmly condemns the act of throwing paint at the House of Terror Museum on Thursday evening. The Wall of Heroes installed along the museum’s façade commemorates people who sacrificed their lives for freedom. 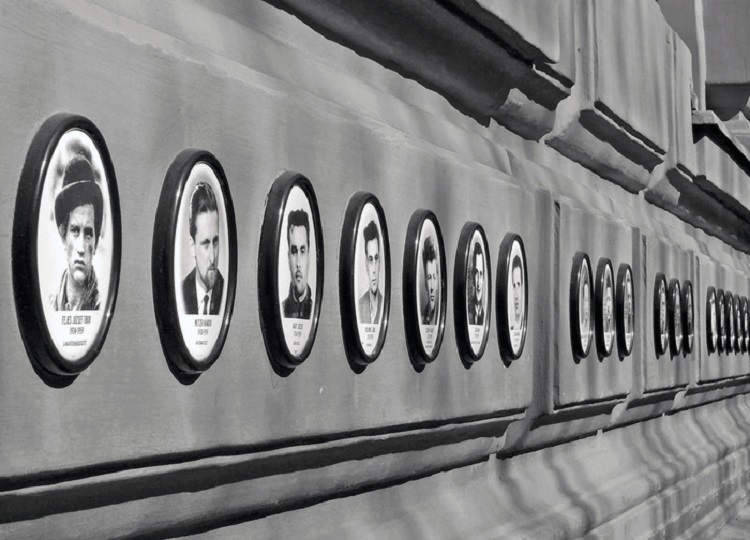 “Smearing the images of the victims is an unacceptable and disgusting act. Nothing can justify the desecration of the memory of our heroes,” the party said. In response, the Socialist Party condemned the “Fidesz-state’s dictatorial ways and ideas”, saying that the youths who threw paint on a building that symbolises repressive power were expressing their opinions in the spirit of the freedom of speech. The incident was similar to action by Fidesz politicians ten years ago to dismantle a fence surrounding parliament. At that time, the people involved were not punished because their action took place within the bounds of a rule-governed state, the Socialists said in a statement. “Fidesz’s dismantling of the rule of law and besmirching of public offices and institutions in their [Fidesz-colour] orange ideology is unacceptable and repellent,” the Socialists said.