Fidesz: Opposition Can Lose Positions after Campaign in EP against Ruling Parties 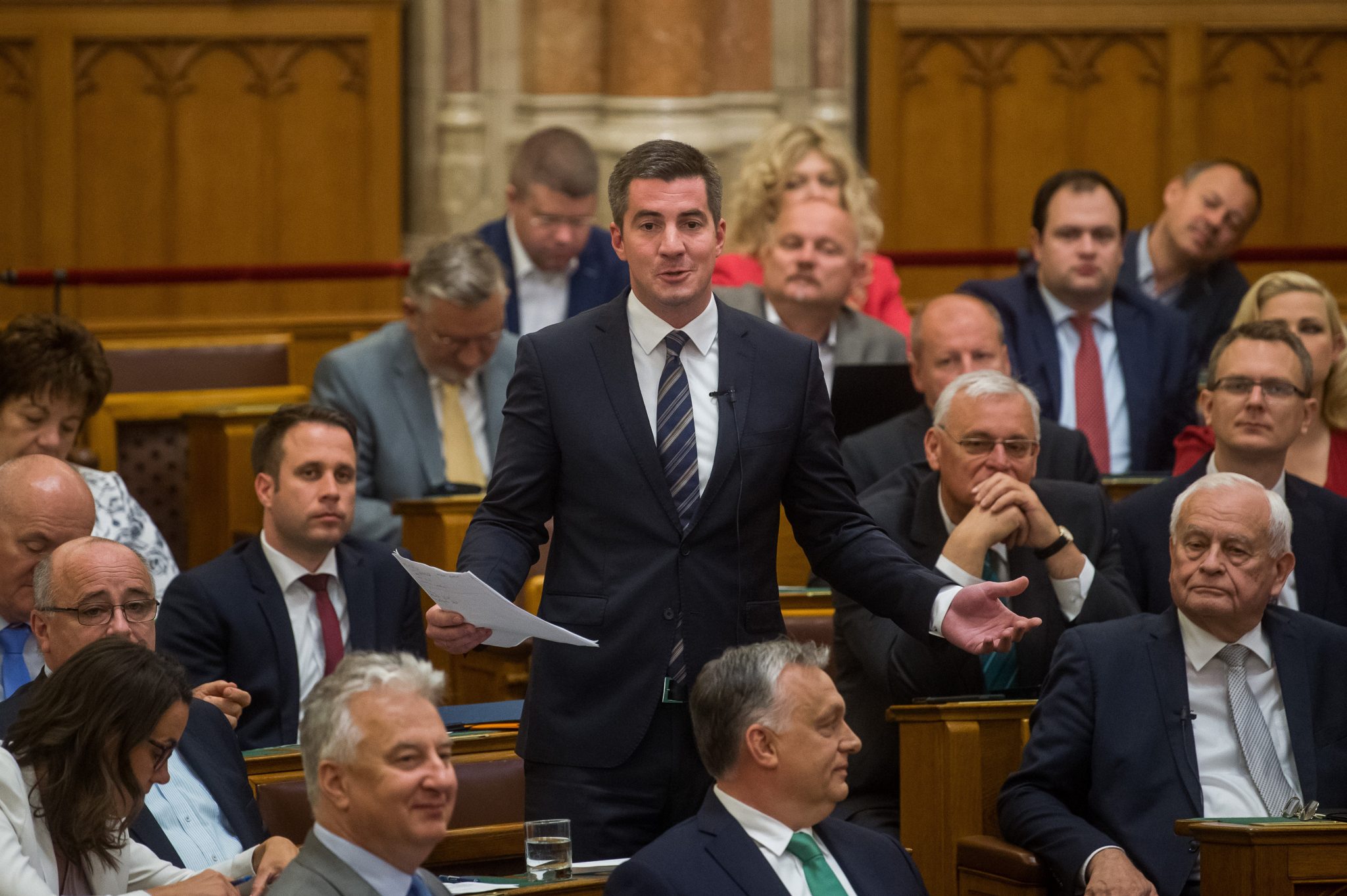 Fidesz group leader Máté Kocsis told opposition Democratic Coalition party MEP Csaba Molnár that they could lose parliamentary positions in Hungary if they continue their campaign against Fidesz nominees in the European Parliament. Prior to the open letter, Hungarian opposition parties — the Democratic Coalition, Socialists (MSZP) and Momentum — managed to postpone the vote for three committees since it was doubtful if the Fidesz nominees could get the required support. On the other hand, Tamás Deutsch and Kinga Gál (of ruling party Fidesz) acquired the necessary votes in their committees and Lívia Járóka of Fidesz was also elected EP’s Vice-president despite the opposition’s campaign.

Hungarian liberal opposition party Momentum has started to campaign in the European Parliament against the appointment of Fidesz politicians as leaders of the committees, when ruling Fidesz’s MEP Lívia Járóka was nominated vice-president of the European Parliament, and leftist Democratic Coalition and Socialists (MSZP) soon joined them. Since only the candidates’ party families are written on the ballot, the Hungarian opposition found it important to note that some European People’s Party nominees are from Fidesz, the Hungarian ruling party widely-criticized in Europe for its suspected abuse of the rule of law and “anti-European politics” among other things. Fidesz has been suspended in the EPP for months and its fate has yet to be decided.

However, as of now, the Hungarian leftist-liberal opposition parties haven’t really achieved their goal as both MEP Deutsch and MEP Gál were elected to their committees, and MEP Járóka’s aspiration for EP Vice-president also resulted in success. The decision about Balázs Hidvéghi and László Trócsányi (Committee on Civil Liberties), and Andrea  Bocskor (Committee on Culture and Education) are still up in the air.

But the anti-Fidesz campaign angered the ruling parties as in their opinion, the opposition parties were agitating against their home countries. In a letter posted on Facebook on Thursday, Máté Kocsis, the group leader of Fidesz, said that they had information that DK had instigated a vote against Fidesz candidates for EP committee positions in the EP’s Social Democratic Group.

Kocsis said the move was unprecedented in Hungarian and EP history, adding that Hungary’s interest is to have as many Hungarian EP committee members as possible.

The EP proceedings regarding the committee leaders are based on the European party family's strength and not on nationality. It's up to the party families to weigh the nominations accordingly to the member parties' strength. So if Fidesz's nominees fail, then EPP will probably name other, non-Hungarian candidates.

The Fidesz politician voiced his opinion that, for the leftist parties, “pro-migration politics are more important than the interest of the nation.”

In addition, he threatened the opposition party of losing its positions in the Hungarian parliament’s committees, emphasizing that after all that happened in Brussels it’s hardly arguable that a “pro-migration politician” could hold a leading position. Kocsis even named three DK politicians (László Varju, Ágnes Vadai, and Lajos Oláh) who are in risk of losing their chairmanships, adding that Fidesz has a sweeping majority in the Hungarian parliament to easily make such a decision.

The pro-Fidesz media has also quickly begun to demand retribution for the opposition's anti-Fidesz (in their view, anti-Hungarian) campaign in the EP. In Magyar Nemzet, Fidesz-founder and No. 1 opinion leader Zsolt Bayer accused the opposition parties of 'dismantling the rule of law' in Hungary, arguing that since Momentum, DK and the Socialists broke the 'unwritten law' of backing every Hungarian candidate in the EP, the ruling parties should do the same in Hungary and strip their politicians of their parliamentary positions immediately. He wrote that 'against these people,' the ruling parties cannot act like gentlemen. Pro-Fidesz Pestisrácok's columnist, Tamás Pilhál, went as far as writing that these politicians are 'sly assassins' and they are not opponents but enemies. He added that 'DK, Momentum and the Socialists represent the interest of Western superpowers, they are agent organizations under foreign hire. He advised that in defense against 'enemies,' any means are legitimately allowed in the fight.

Although the Fidesz group leader addressed his open letter to the Democratic Coalition, the Socialists can also be affected as they took part in the EP anti-Fidesz campaign as well. However, Momentum has no MP in the Hungarian parliament.

Addressing a press conference on Friday, DK deputy group leader Ágnes Vadai said her party was proud to have convinced the Social Democratic Group to vote against the Fidesz candidates. She said that by doing so, they had “prevented Hungary’s ruling anti-European criminal organisation from acquiring important European positions.”

She said DK “doesn’t care about the mafia-like threats of the Orbán regime.”

The opposition politician emphasized that “DK will not fall in line and will not assist the enemies of Europe and a European Hungary” even if the party would be stripped of its parliamentary committee positions “or if we wake up with horse heads in our beds.”

In the featured photo: Máté Kocsis. Photo by Zoltán Balogh/MTI