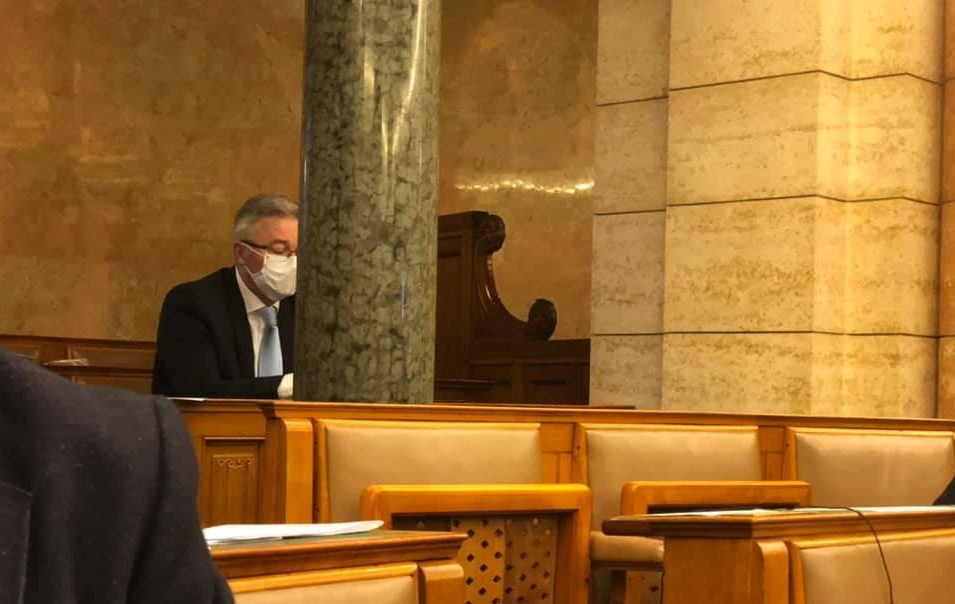 On Monday, László B. Nagy, Fidesz’s MP from Szeged, appeared at the National Assembly, even after recently attending a wreathing ceremony with László Rovó, rector of the University of Szeged (SZTE), who tested positive for coronavirus last week.

Previously, Szeged.ma reported the case of László B. Nagy, saying that the Fidesz MP went under voluntary home quarantine with his family because he attended an official commemoration ceremony on March 15th, where László Rovó, the rector of the University of Szeged, was also present. The ceremony was held outdoors and a picture of the two laying a wreath was also captured at the event. The rector later tested positive for coronavirus. At the time, the politician said that so far none of his family members have shown any symptoms of the virus, they are fine, but will stay in home quarantine for a long time.

However, Edvin Mihálik, Momentum politician from Szeged, drew attention in a Facebook post to the fact that B. Nagy, leaving his voluntary home quarantine, attended the National Assembly on Monday. Ildikó Borbély Bangóné from MSZP also spotted him and posted about the politician on her social media site, citing the Fidesz politician’s irresponsibility.

Tímea Szabó from opposition party Párbeszéd (Dialogue), raised the issue to Prime Minister Viktor Orbán in her pre-agenda speech, asking (by reflecting to the PM’s speech) if he “needed 133 brave people or 133 irresponsible people? What is László B. Nagy doing in the room? Because for you, it’s more important to have the two-thirds.”

Government-critical weekly Magyar Hang managed to reach László B. Nagy by telephone. They asked the politician why he was attending the ongoing parliamentary session, if he was otherwise self-quarantined, after having had direct contact with László Rovó, who is infected with the coronavirus. In response, the MP said he owes it to society to take part in the sessions, especially when important decisions are made, referring to the the debate in parliament about the coronavirus law:

“It is mandatory to appear in Parliament, and I cannot afford at this time to withdraw myself from the limited parliamentary functions. I am not in official home quarantine ordered by the authorities, but I have self-isolated to avoid any incidents. I think we [representatives] owe society the responsibility not to withdraw ourselves from the legislation, especially before such important decisions are made.”

László Trócsányi, MEP for Fidesz-KDNP and former Justice Minister of the Orbán government, also participated in the wreathing with B. Nagy and Rovó, so he was also tested for coronavirus. According to his Facebook post, Trócsányi tested negative for the first test and has no symptoms of the virus, but is in home-quarantine and working from home, keeping contact with other MEPs via the internet. He also highlighted the importance of self-isolation in these troubled times.

As we reported yesterday, László Rovó, Rector of the University of Szeged (SZTE) and director of the Otolaryngology, Head and Neck Surgical Clinic, having returned home from his ski trip from South-Tyrol, Italy, did not self-quarantine himself, but went to work and according to press reports, even operated. He later tested positive for coronavirus.

Since then, the staff of the Rector’s Office and the Clinic, a total of 120 people – the so-called contact persons – have been tested, and according to index.hu, everyone tested negative in the first round. The results of the second screening is still in process.

The news portal writes that among other reasons, this is why Rovó wrote in his statement that “it is possible that I was infected in Szeged. As an otolaryngology (ear-nose-throat) specialist, I am frequently exposed to upper respiratory tract infections.”

Before the Coronavirus: Hungary Guest Nights Up 10% in February 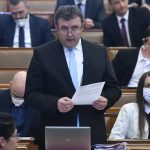