The Central Investigating Chief Prosecutor’s Office has filed a lawsuit against György Simonka, a Fidesz MP along with 32 of his associates at the Budapest-Capital Regional Court, for tax fraud in a criminal organization causing particularly serious financial damage and other criminal offenses, according to a statement from the office.

According to the indictment, György Simonka and his associates unlawfully sought to obtain EU funds and domestic support intended for vegetable and fruit farming groups and organizations. Simonka and his accomplices are suspected of having overvalued the equipment purchases and bought low-value properties for the cooperatives, then carried out minor developments and submitted fictitious estimates in their bids for the funds.

On the basis of a complaint filed by the Anti-money laundering Office of the National Tax and Customs Administration (NAV), and the central investigating prosecutor’s office naming him as a suspect in a scheme to unlawfully obtain state and European Union funds intended for agricultural cooperatives, lawmakers suspended the immunity of the Fidesz MP last October. In November 2018, the prosecutor’s office questioned György Simonka as a suspect, and the police searched the property in the Fidesz MP’s area of ​​interest. The prosecutor’s office said that the financial damage stemming from the scheme exceeded 1.4 billion forints (EUR 4.3m) by November of last year.

Of the 33 accused, all of whom are free to defend themselves, only György Simonka is a public figure. He claimed that he received the attacks because he was fighting the slowdown in the development of Békés County, and he himself was the victim of the whole case.

Simonka worked as an agricultural entrepreneur in Békés County in the 2000s. In 2006, he became mayor of the 400-inhabitant Pusztaottlaka, as well as the president of the Melon Association, and in 2014 he became a Member of Parliament for Fidesz and won the seat again in 2018. 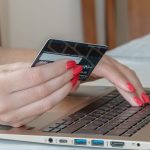