József Szájer, an MEP of Hungary’s ruling Fidesz, has resigned on Sunday saying that his decision marked the end of a “long period of reflection,” adding that the daily political struggle had been “an increasing mental strain” on him for some time, noting his 30-year career as a politician. The MEP said his resignation was not related to the current debate (related to the plan linking EU funds to rule of law criteria) on the European stage, which he said he agreed with and supported the position of the Hungarian government.

However, only two days after his resignation, the Belgian media reported an illegal party held during the strict lockdown, which was broken up by the Brussels police after a call from a neighbor. Police broke up the party because the current coronavirus rules state that there cannot be more than four people present at a gathering at the same time.

It was first reported in a video of the most-read Belgian newspaper HLN, that the representative may have been Hungarian, but the information was not officially confirmed. It was later confirmed that the MEP had since resigned and later they also said that the representative is a member of Hungary’s conservative Fidesz party, including his monograms and listing his previous political positions. By then it was clear that the MEP in question was the recently-resigned Szájer. At half past four in the afternoon, Szájer admitted in a statement that he was present at the “house party,” as he put it, mentioned in the newspaper articles.

Fidesz MEP József Szájer gave a lecture at the National University of Public Service on Tuesday evening, talking mainly about the important events of the regime change thirty years ago. After his lecture, he also answered many questions regarding current political issues, news site index.hu reports. At one point he said that the country which […]Continue reading

In the statement, Szájer acknowledged that he was present at the event and indicated to police officers at the scene that he was an MEP. However, because he did not have his ID with him, the authorities investigated the incident and issued him a verbal warning before escorting him home.

However, according to the Brussels Prosecutor’s Office and media reports, as every attendee of the party was naked, they could not identify themselves. According to the Belgian press, “a passer-by reported to the police that he had seen a man climbing down the drainpipe; he was able to identify the man. The man’s hands were bloody. It is possible that he may have been injured while fleeing.” Szájer was then escorted back to his home by the police, where he identified himself with his diplomatic passport.”

Police also reported finding ecstasy pills in Szájer’s possession, but the politician said the drugs were not his. Szájer said he did not know how the pills ended up in his possession, adding that he had reaffirmed this in an official statement to police. Szájer also denied allegations that he had used drugs at the party, saying he had offered to be tested, but the police declined his offer.

In his statement, the Hungarian politician apologized for irresponsibly violating lockdown rules by attending the party, extending his apology to his family, colleagues, and his supporters. He said he was prepared to face any penalties for his actions, which he regrets, adding that he has faced the consequences of the incident by resigning as an MEP. 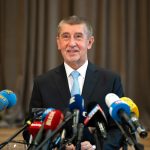