Ruling Fidesz MEP Balázs Hidvéghi said on Friday that it was shocking and unprecedented that Hungary’s “pro-migration opposition was attacking national interests” in Brussels.

Hidvéghi told a press conference that instead of a professional debate at the hearing of Olivér Várhelyi, Hungary’s nominee for European commissioner on Thursday, the “pro-migration forces” launched a purely political campaign against Várhelyi.

EP Committee Refuses to Give Greenlight to Várhelyi, Must Answer Further Questions

In recent weeks, the Hungarian opposition was busy trying to block Várhelyi’s appointment, he said. Their attempts are threatening the formation of the new European Commission, he added.

Várhelyi has been asked to answer further written questions, the spokesman of the European Parliament said on Thursday, after coordinators of the EP’s parliamentary groups failed to reach agreement over Várhelyi’s approval for the post. 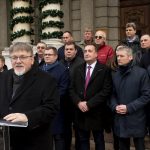 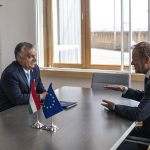