– What is the lesson and to whom is this situation instructive? [Referring to the trend of governing parties losing support at recent parliamentary and municipal by-elections.]

– Let us begin from a slightly more distant standpoint: international scholarly analyses have proven that the world economic crisis has changed voters’ attitudes. Previously, voters acted far more rationally; they sided with the opposition if economic processes were unfavourable and this effect became balanced when things turned for the better. This has changed as a result of the crisis, as proven by the British, French, Spanish and Greek example. If the government gives inadequate answers to the crisis, the voter punishes both governing parties and the opposition and turns towards new, more radical solutions. This does not necessarily mean racist or anti-Semitic parties; the essence is that these are the parties that are challenging taboos throughout Europe.

In the previous period, two governments managed to gain strength and remain in office for a second term, those of German Chancellor Angela Merkel and Hungarian Prime Minister Viktor Orbán. The reason for this is that they built a political brand on siding with the people in disputes and challenges with internal or external adversaries. This is what won the elections for Fidesz in 2014 and the big question now is whether it will manage to preserve this effect.

– Is Viktor Orbán’s new slogan on the “hard-working average man” a sign of this? Is it not too late to come up with it?– Definitely not. Public policy for the time left of the government term is currently being laid down and we still need not know whether a governmental measure comparable with the cut of public utility prices will be announced. People understand the art of politics enough to give their support if they see the exact measures being implemented. This is why the decision concerning foreign currency-denominated loans, the legal answer to the brokerage scandal and the introduction of the various career models were so important. I believe that similar steps are to follow.

– This may be the strategy, but it nevertheless appears that Fidesz is basically looking on its long-term loss of popularity in paralysis.
– The loss of popularity in itself is a natural peculiarity of every government cycle, what can be interesting is its rate and whether the curve begins to ascent after suffering a fall. During the previous government term, the cabinet’s popularity hit the rock bottom towards the end of 2012, athough there were no by-elections at which this could be perceived. In 2002, Fidesz learnt the lesson that elections have to be won with votes and on the day of elections. Some weeks before elections, the government held a meeting in the belief that its achievements were enough in themselves to win the election. This is a mistake they want to avoid in the future, for which the primarily objective for 2014 was to win the elections and sufficient authorisation from voters. Seen from here, we are not belated at all, bearing in mind that important regulatory decisions have already been made, such as the introduction of the Electronic Trade and Transport Control System (EKÁER).

– The problem is that voters don’t even understand what EKÁER is, but they do see that three million impoverished people are living around them in the country, if they are not members of this group themselves.– EKÁER is an important element in the struggle against VAT fraud, as was the connection of cash registers to the national tax administration. These measures could mean several hundreds of billions of forints in surplus revenue for the budget, which can then be directed to objectives such as strengthening the middle class or solving social problems.

– So Fidesz is in decline at present, but it could still be able to get its act together?
– The term “decline” is no correct description because the situation faced by Fidesz is typical of all parties in their fifth year of power, having won a second office term. The reins are in the hands of Fidesz: it may emerge from the bottom of the curve, as it did in 2012. proving that the party still has energy, power and spirits. This could bring a further electoral victory for Fidesz in 2018, but if the party fails to do so, it will signal the tiredness of the political community.

– What share does Lajos Simicska’s career assasination attempt against Viktor Orbán have in Fidesz’s loss of popularity? Can Fidesz’s tactics of occasionally playing from Jobbik’s scriptbook to appeal to radical voters be blamed for this? When the strategy fails to work well, supporters of the governing party leave no longer to join undecided voters but rather to Jobbik’s ranks.
– The current race between parties in Hungary is characterised by their relation to the governing parties, or rather the satisfaction or dissatisfaction with that relation. This was the lesson learnt from the Veszprém by-election and it is also among the considerations worth paying attention to at the [upcoming] by-election in Tapolca, namely that voters dissatisfied with the government choose the side they feel to be stronger. Currently, there is transition between left-wing and far-right voters. Although in 2010, many voted for Fidesz because of the repelling power of the Left who had never done so before, a large and comparably stable block of supporters remain on Fidesz’s side who now have to be convinced to cast their vote.

Our political system favours large parties instead of medium-sized ones; not only Fidesz but any large party. At the moment, one large party exists – Fidesz and two emerging ones on both sides of the political spectrum: Jobbik and the group of left-wing opposition parties. We will have to see whether this will remain so or whether the political scene will become polarised – at present, governing parties should be concerned with leading the country and not this matter. 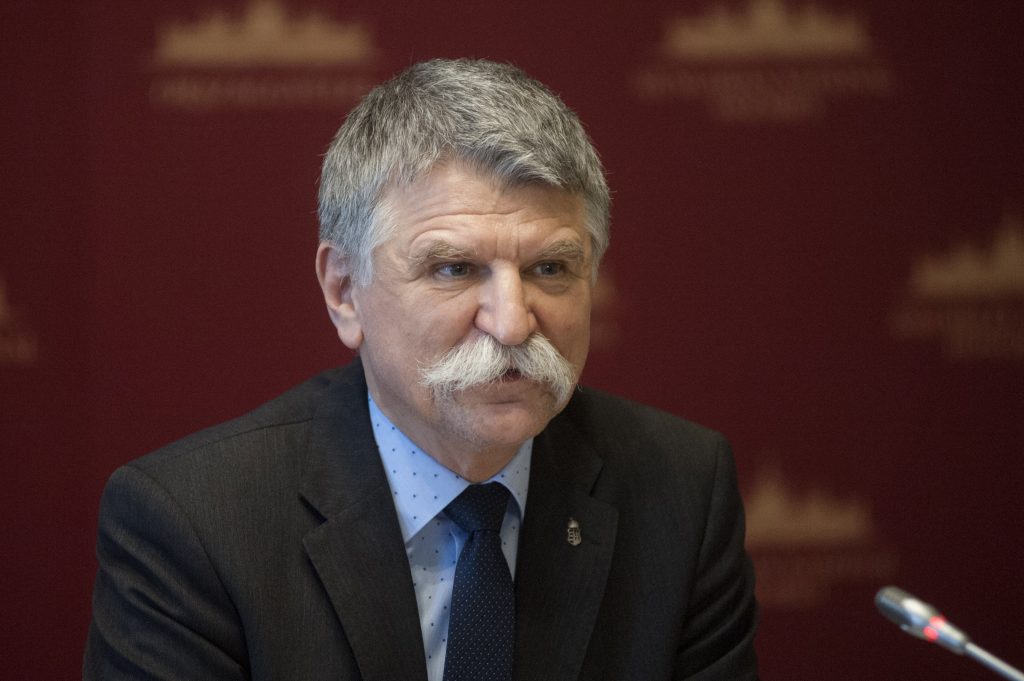 László Kövér, the speaker of parliament, accused the leftist opposition of pursuing “an openly treacherous policy”, in an interview published in the Saturday issue of daily Magyar Nemzet. A manifestation of that politics has been prevalent in calls by the left urging ethnic Hungarians in the southern region of neighboring Slovakia “to be proud Slovaks” […]
MTI-Hungary Today 2021.12.04. 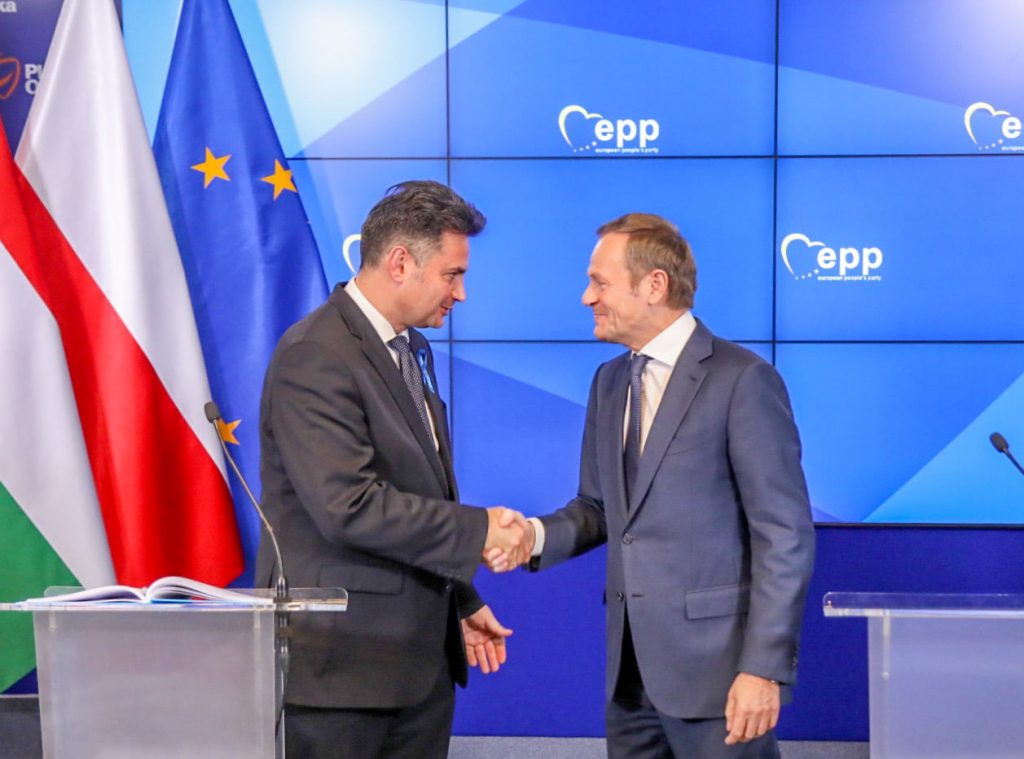 On Thursday, the opposition’s joint candidate for prime minister, Péter Márki-Zay, held talks with Donald Tusk, chairman of the European People’s Party. After the meeting, the Polish politician said that the EPP was looking forward to accepting Márki-Zay’s movement as a member- or rather, his party “after the hopefully victorious elections in 2022.” This article […]
Hungary Today 2021.12.03.