Fidesz: Jobbik ‘Swapping out one Nazi for another’ in Parliament

Commenting on conservative opposition Jobbik’s replacement of Istvan Szavay, who recently resigned his parliamentary seat, ruling Fidesz on Monday said that by nominating János Bencsik, the head of the party’s Budapest chapter, to fill the vacant seat, Jobbik was “swapping out one Nazi for another”.

Last December, commercial news channel Hír TV aired an audio recording in which Szávay told fellow party members at a congress that he had verbally and physically assaulted a woman in a pub for saying he was a “stinking Nazi”. He later confirmed that the audio recording including anti-Semitic comments was authentic but insisted that he was only joking when he said that he had physically assaulted her.

Addressing a press conference, János Halász, parliamentary spokesman of ruling Fidesz, said that Bencsik “not only defended Márton Gyöngyösi, who in the past called for the listing of Jews, but he himself has compiled lists of Jewish American citizens”. 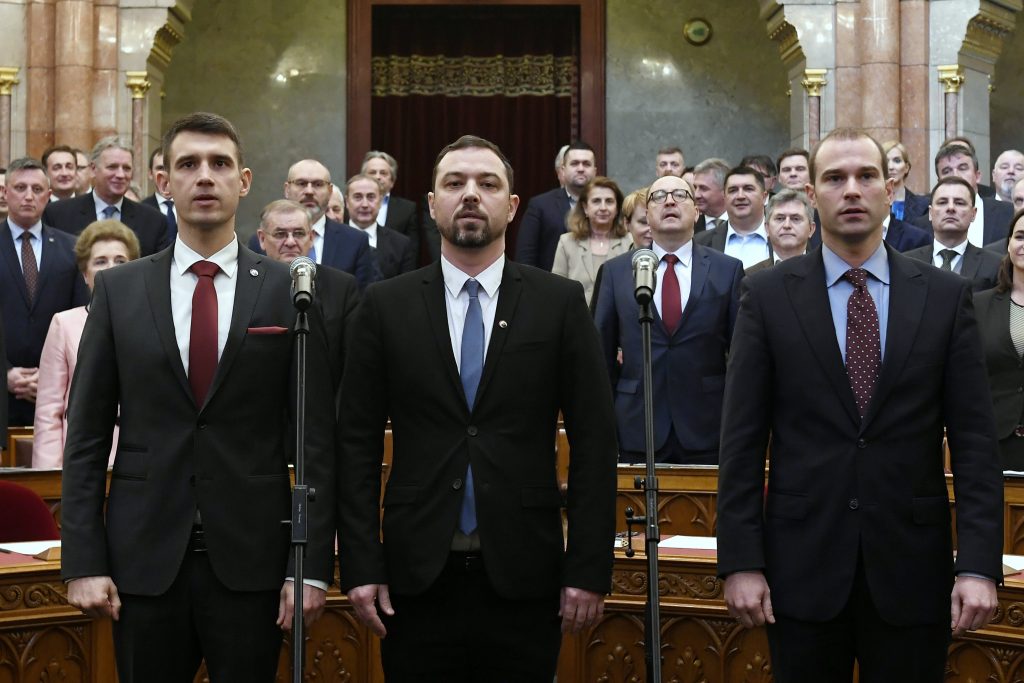 “And in the hopes of gaining power, the Hungarian left has joined forces with these Nazis,” he said. Halász called it “unacceptable” that Frans Timmermans, first vice-president of the European Commission and spitzenkandidat of the Party of European Socialists, “has no problem with this, as it became clear at the Socialist Party’s congress this past weekend”.