The parliamentary group of the ruling Fidesz-KDNP (Christian Democrat) alliance has nominated Tünde Handó, head of the National Office for the Judiciary (OBH) and wife of Fidesz MEP József Szájer, as former PMO Head István Stumpf’s replacement on the Constitutional Court.

The groups said in a statement on Monday that they have informed the head of the ad hoc parliamentary committee responsible for nominating the members of the Constitutional Court.

The 15-strong body is currently operating with 14 members.

Parliament elected Stumpf to the Constitutional Court in 2010 for a term of nine years which expired in July of this year. Handó was elected head of the OBH in late 2011.

Under the law on the Constitutional Court in effect since 2011, the body’s members are elected for twelve years by parliament with a two-thirds majority. Members who were elected under the previous law for nine-year terms may be re-elected once.

The opposition Socialist Party (MSZP) said it did not support Handó’s nomination and considered it “a spit in the eye of the justice system”.

“Handó deserves a trial and to be held accountable, rather than a promotion,” the party said in a statement.

The Socialist Party said it did not support the election of a “partisan soldier” to the Constitutional Court “who has already been slavishly participating in the elimination of independent judicial authority”. 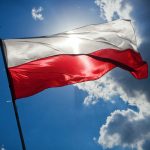 Warsaw Claims EU Cohesion Funds Are Not at Risk