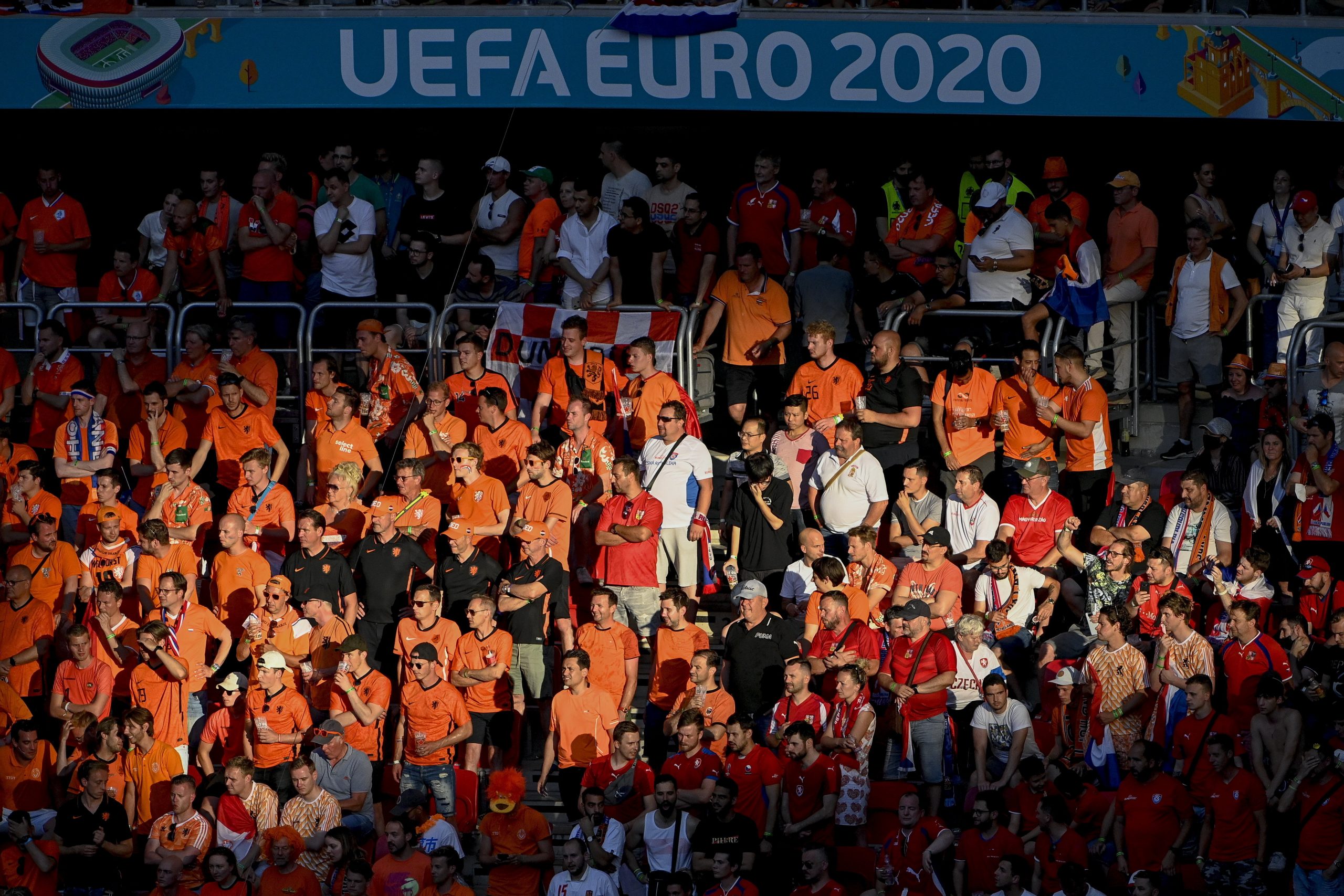 While Puskás Aréna’s last game in the EURO brought perhaps one of the most surprising results of the European Championships, it wasn’t without political overtones either. Hungarian government politicians openly rooted for the Czechs, a Czech flag was even hung outside the parliament prior to the match. A Fidesz-member blogger spoke of “Netherlands on their knees” and the rainbow flag saga also continued.

Despite government politicians’ insistence that politics shouldn’t be brought in to football, there were some statements and gestures pointing the other way. For example, a Czech flag was displayed at the Hungarian Parliament before the game, which is difficult not to interpret as a political gesture.

Some of the government politicians expressed their open support for the Czech Republic, such as finance minister, Mihály Varga. The PMO Head’s note contained some political reference too. Gergely Gulyás commented on the results that “the Netherlands were forced to their knees, congratulations to our Czech friends!” The Fidesz group leader followed suit. In his post-match comment, Máté Kocsis called on the Dutch to “stand up.” 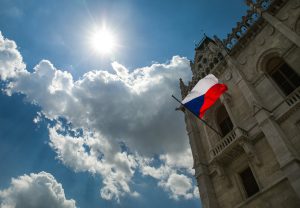 Czech flag on the Parliament. Image by Balázs Mohai/MTI

Similar to Fidesz founder and controversial opinion leader, Zsolt Bayer, who once again proved to be more straightforward and drew a parallel with recent political tendencies and comments after the final whistle on Sunday. “…(the) Czechs forced the Dutch to their knees! Rutte is already kneeling in a corner! Go Czech Republic! Thank you Czechs!” He also revealed his political opinion in connection with the game: “…this is Central Europe today, this is the key to the success of the V4, not to sh*t ourselves when facing a team from the Bright West,” he wrote on Facebook, disseminated by pro-government outlets Magyar Nemzet and Mandiner.

He (and perhaps the PMO Chief too) was referring to the Dutch PM’s statement earlier last week. Mark Rutte said that “the long-term aim is to bring Hungary to its knees on this one” referring to the recent, controversial, LGBTQ+ restrictive law of the Fidesz-led government. This is in fact the legislation as a result of which, the Hungarian government has once again found itself in the middle of domestic and international debates.

Amid a virtual consensus from all domestic political sides, the Fidesz-led government strengthened the anti-pedophilia law in May. However, days before the bill’s final vote, the ruling parties amended the package with several additional measures restrictive to the LGBT+ community (you can read more here and here). Back before Hungary’s crucial game in Germany, the city of Munich wished to light up Allianz Arena in rainbow colors in protest, something that UEFA eventually disallowed. Yet before kick-off, some 12,000 rainbow flags were distributed to fans.

No incidents, only worries

Consequently, leading up to and the game itself weren’t short of gestures and events either. On Saturday, president of Hungarian Football federation (MLSZ), Sándor Csányi, addressed Hungarian fans urging for a ‘sport only’ atmosphere without any insults and incidents so that “the Hungarian national team may always and at all times play its matches in front of a full house.”

Perhaps not completely independently of the aforementioned political features, some of the companies advertised their products with rainbow flags on the stadium.

The Dutch captain, Georginio Wijnaldum, made it clear before the game that if he or his teammates would be targeted with racist or homophobic insults, he would perhaps leave the pitch. As a matter of fact, the UEFA is still investigating Hungary’s home games against Portugal and France, suspecting racist and homophobic insults that targeted stars Cristiano Ronaldo and Kylian Mbappé.

In addition, Wijnaldum was also wearing a captain’s armband bearing the words “One Love” and the rainbow motif, explaining that “It is not just against Hungary- the armband means a lot because we stand for diversity.“

Meanwhile, two Hungarian men were arrested in connection with an incident in the Portugal-France game played in Budapest’s Puskás Aréna. Two German women were reportedly spit on and even hit allegedly because they were wearing rainbow colors. The case eventually hit the news following German tabloid Bild‘s report, after the women claimed that Hungarian authorities were reluctant to deal with the incident. In any case, police eventually arrested the aggressors four days after the game: a father and his son.

There was controversy regarding the rainbow flags in the stadium as well. Following Dutch outlet AD and the Dutch Football Association’s (KNVB) information, the organizers were thought to have asked everyone to leave these out of the stadium, allegedly at UEFA’s request. The European football body, however, denied this, saying that it “is under the responsibility of the local authorities,” and to the contrary, “UEFA would very much welcome any such symbol into the fanzone,” they wrote. In another post, they revealed that they informed Hungarian football association MLSZ that rainbow-colored symbols are, in their view, not political and in line with UEFA’s #EqualGame campaign,” therefore they allow it. According to KNVB, some of their fans have had conflicts with security staff that refused to let people bring in flags. Some smaller rainbow flags still made it to the stands, however, and were spotted during the game. MLSZ has yet to comment on the matter.

In other news, one of the 18 detained Hungarian football fans is still under arrest in Germany. Charges against him are still to be made public.

Despite the controversies, however, the game at Puskás Aréna in the EURO went without major scandals and will be remembered as the one that brought perhaps one of the most surprising results after the Czech Republic beat the Netherlands- that up until this match showed a faultless 100% performance.