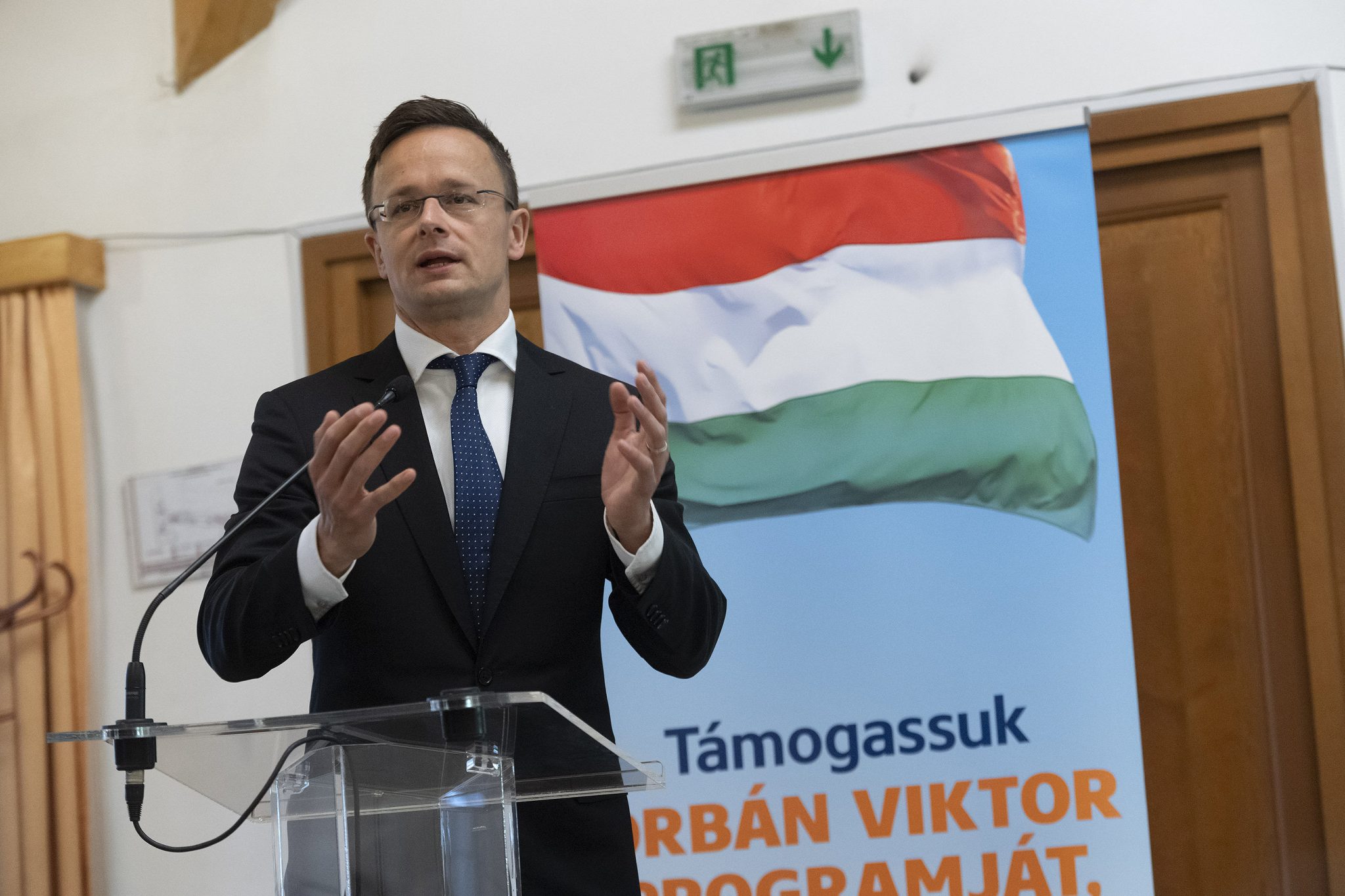 The significance of the upcoming European parliamentary elections is greater than ever before because there is more at stake and the European voters’ decision will have a major impact on their everyday lives, Hungary’s foreign minister said on Thursday.

Addressing a conference at the National University of Public Service, Péter Szijjártó called the timing of the election perfect, arguing that it is high time to close the past five-year period that was marked by a series of unpleasant experiences and failures for the EU.

“It is time to place the operation of the European Commission on new foundations because its performance over the recent period was poorer than ever before,” he said. The community faces historic challenges with disputes about its future, but those disputes “are emotionally motivated and everybody outside the mainstream is stigmatised as anti-European”, Szijjártó said. He warned, however, that “today’s minority could become a majority tomorrow”.

Hungary rejects the idea of a united states of Europe and “any proposal restricting competition and aimed at centralisation because Hungary believes in a strong European Union of strong nation states,” the minister said.

Szijjártó said that building a strong EU requires measures to allow competition, arguing that internal competition will increase the EU’s global competitiveness. He added that current proposals such as harmonising taxes across the community would lead to reducing internal competition. He said that “low taxes require fiscal discipline”, adding that such proposals are sponsored by countries that are unable to cut their taxes. “They advocate tax hikes in countries were taxes are low, thus reducing their own lag.” Hungary rejects proposals aimed at distributing some countries’ debt because that would be equal to “distributing the ramifications of an earlier, irresponsible economic policy”.

The EU should “restore security for Europeans” and take measures to eliminate possibilities for illegal entry. “It has now become clear that Europe’s migration policy and Western Europe’s endeavours to integrate (immigrants) have largely failed, which is demonstrated by the emergence of parallel societies and terror attacks in recent years,” Szijjártó said.

The EU should work to stop migration rather than manage it, he said, adding that demographic problems and labour shortages should be addressed at a national level. “Supporting families and modernising the education is the right answer, therefore Hungary rejects any pressure or attempts to take away those national competencies; it is each nation’s sovereign right to decide whom they allow to enter and to live together with,” he insisted.

The Hungarian government also thinks that the EU must preserve its Christian culture and European identity, and should expect new entrants “to respect local culture, behaviours and laws”, Szijjártó said.

On another subject, Szijjártó called for a “fair” debate on the EU’s next budget, saying that “the notion of funds granted to central Europe being donations should be dropped at last”. “Hungary is entitled to those funds because it met its obligations and opened up its markets where Western European companies have made huge profits”, he said, and insisted that “70 percent of those funds is returned to Western Europe as profit”.

The next European Commission “must not act as a political body; it must pay more respect for European people and nations and Europe’s institutions must again be capable of understanding people’s problems”, Szijjártó said. He also said that the EU should be further enlarged and added that Hungary considers integration of the Western Balkans as a top priority.

In the featured photo Péter Szijjártó. Photo by Márton Kovács/Ministry of Foreign Affairs and Trade