Fidesz: ‘We Are EPP’s Most Successful Member Party and We Oppose Migration’ 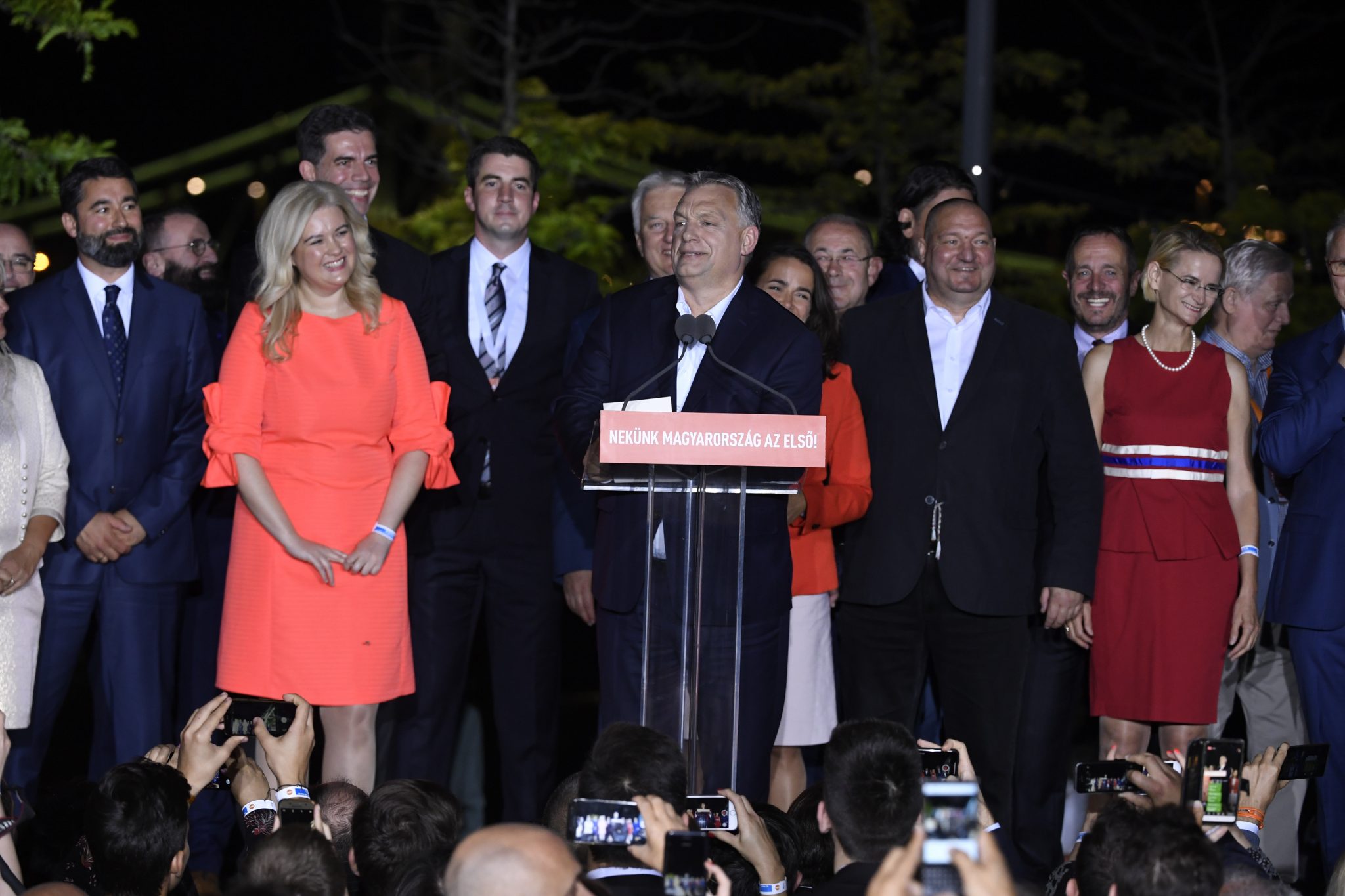 This mandate, Novák said, would ensure “an even stronger position in Europe to support Christian culture, an anti-migration stance, and families”.

The election results will send “a signal to Brussels that Hungarians have a faith in Europe and they have a clear idea which direction the community should go”, Novák insisted.

The Hungarian government’s message in the election campaign was “whether Europe would give up its identity”, Novák said, adding that “Hungary would not voluntarily do so”.

Speaking on public Kossuth Radio, Novák said that the future will be determined by Europe’s way of handling demographic problems, and whether “it can retain Christian values” and stay competitive amid global challenges.

According to Fidesz, a “supranational” federal Europe would “not benefit the citizens of Europe” while “a cooperation of strong nation states will guarantee sovereignty”.

Szijjartó: Level of support for a single party in EP vote unprecedented in Hungary

Never before have voters in Hungary given so much support to a political family in the European Parliament elections, Péter Szijjártó, the foreign minister, said on Sunday evening. “This comes along with expectations and we will meet those expectations,” he said.

Speaking to journalists at Fidesz’s victory party, Szijjártó said Monday would start with tough debates over personnel issues, as well as over the future of Europe.

But the minister said his Fidesz party’s decisive election victory “gives us enough strength to enforce Hungary’s interests in these debates”.

He said at stake now was whether the European Union could be integrated into strong nation states, and whether Christian culture could be protected. On the issue of migration was whether “we can replace the word ‘manage’ with ‘stop'”.

Szijjártó said major debates were to be expected within the EU’s various political groupings. Another question, he said, was what sort of conclusions the European People’s Party would have to draw from the election results.

The EPP’s most successful member party, the member party with the strongest support, is an anti-migration party,”

he said, referring to Fidesz.

The minister said the EP election had reshaped the political landscape in a number of member states, which would bring with it “a lot of movement”. Up until now, he said, the two biggest party groupings “have had it easy”, but now further talks may be needed, he said. Moreover, there have been complaints about the spitzenkandidat system, he said.

Szijjártó said electing the EU’s next leaders would not be a quick or easy process.

In the featured photo: PM Viktor Orbán with Fidesz leaders after the EP elections. Photo by Szilárd Koszticsák/MTI