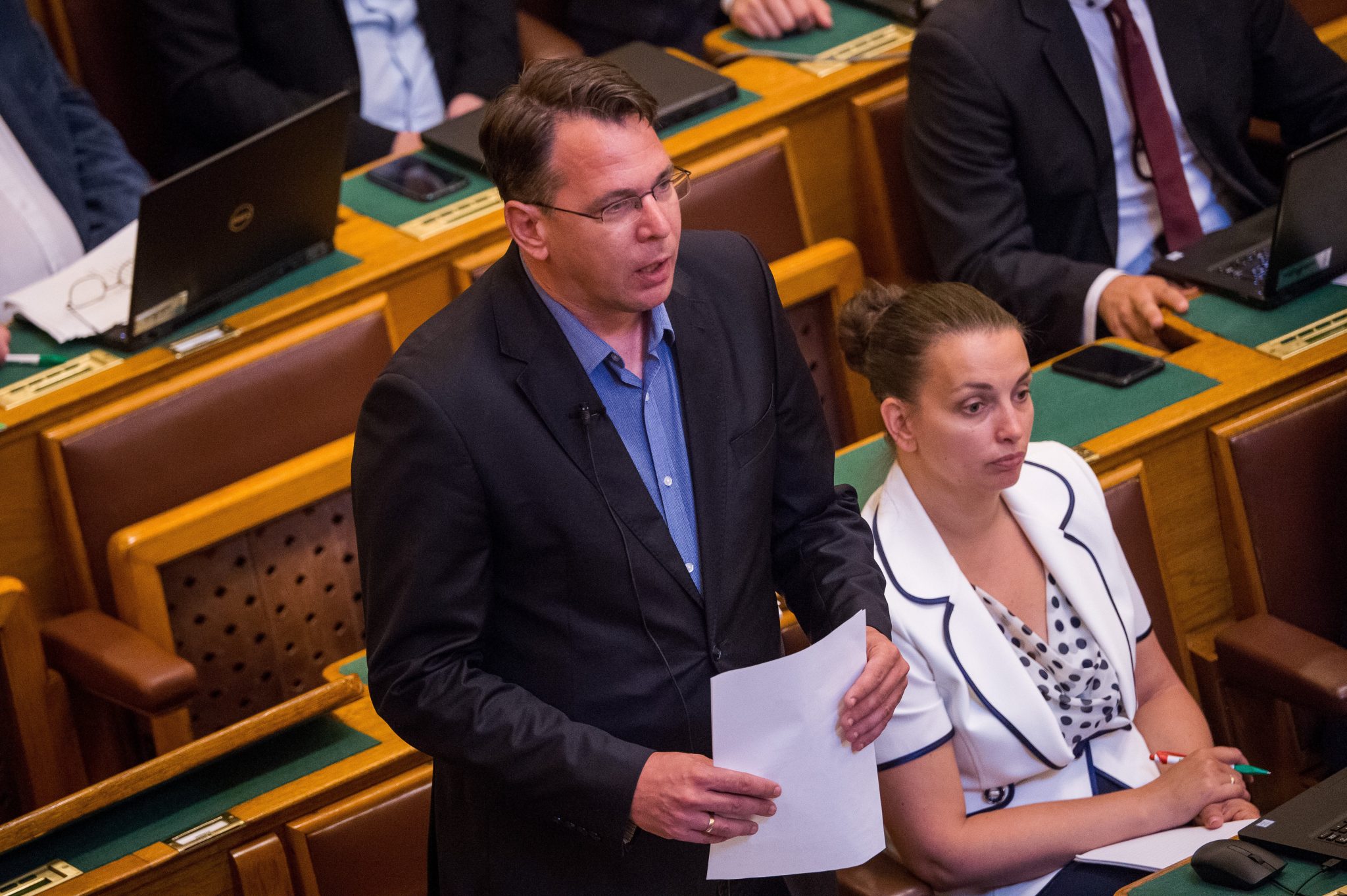 The ruling Fidesz party has called on opposition nationalist Jobbik politician Ádám Mirkóczki, who is vying to become the mayor of Eger, in northern Hungary, to depart from public life for playing down the number of victims of the Auschwitz death camp in an email sent is 2015.

At a press conference in Eger on Sunday, Ildikó Martonne Adler said the leaked message of Mirkóczki, who is the joint opposition candidate, was disconcerting. She said it was unacceptable for anyone to joke about the Holocaust or to dispute its number of victims. Further, she accused Jobbik politicians of encouraging each other in emails to sympathise with the aims of the Holocaust.

Adler said Eger had many outstanding Jewish craftsmen, scientists, artists and doctors and their memory should be treated with respect and affection.

In the featured photo: Ádám Mirkóczki. Photo by Zoltán Balogh/MTI