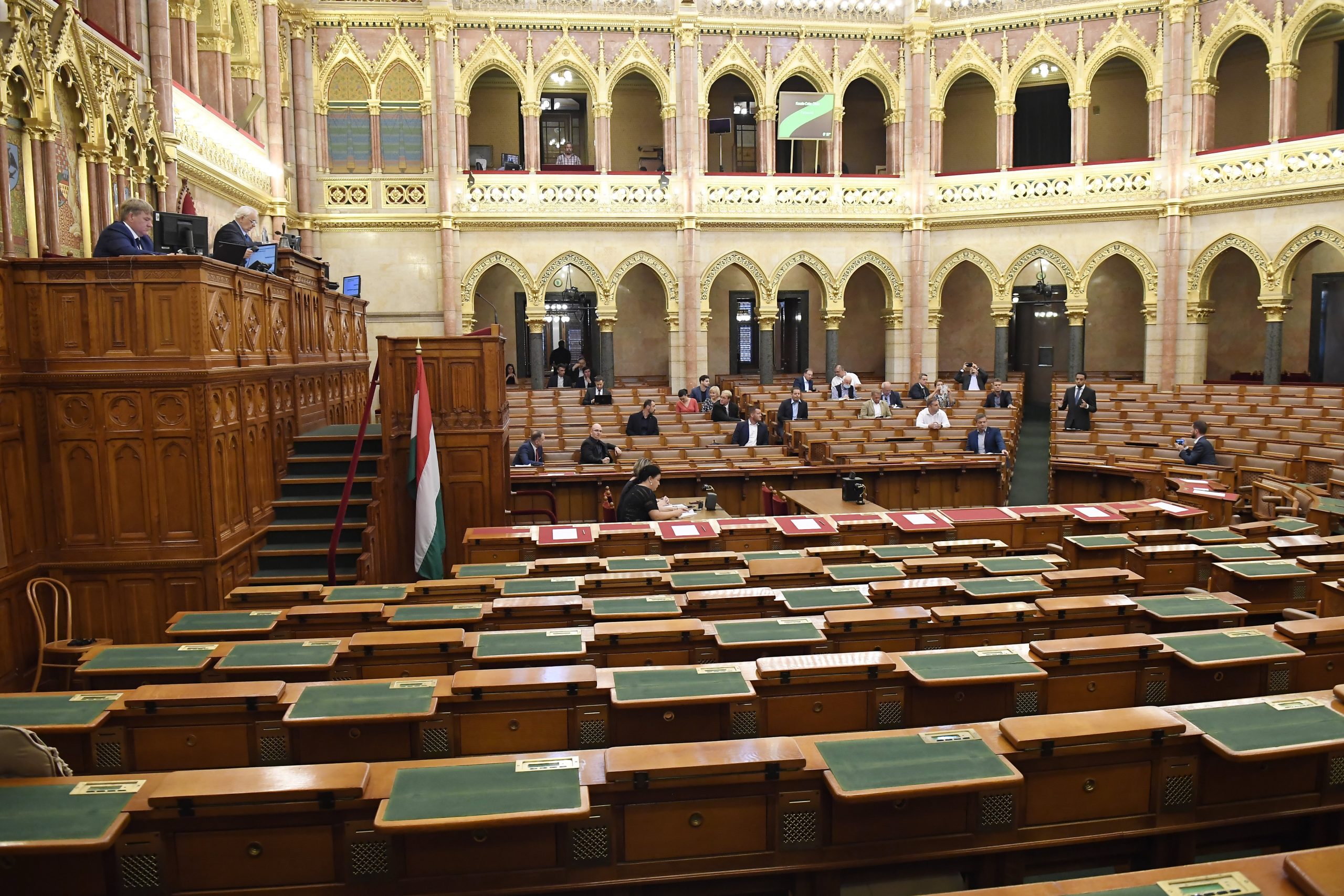 The extraordinary meeting of the National Assembly lasted a mere 30 minutes after the ruling parties’ MPs failed to turn up. The session would have had discussed why PM Orbán, according to the opposition parties, didn’t adhere to the points the Parliament’s Fidesz-KDNP majority previously voted on prior to the EU’s budget talks two weeks ago.

The meeting was initiated by left-liberal Democratic Coalition (DK), with all the opposition parties joining in. DK MEP Klára Dobrev then argued that under the resolution passed by the Hungarian parliament before the EU summit, Orbán couldn’t have supported the EU’s multiannual budget. She insisted that contrary to the resolution’s requests, the Article 7 procedure on the rule of law in Hungary had not been closed, politically engaged NGOs continued to receive funding, EU funding was linked to the rule of law, and poorer countries did not get more support than richer ones.

Fidesz-KDNP previously announced that they would not participate at the meeting. State secretary Csaba Dömötör argued that the cabinet has already presented detailed information about the 3 billion euros of extra support the prime minister “successfully fought for.” Additionally, the introduction of a new procedure which would have opened the way for “political blackmail” in connection with EU support “has been successfully prevented.” He also promised to continue to block “non-transparent activist groups from interfering without any democratic authorization” in the political life of individual member states.

The scheduled meeting ended after 30 minutes as it lacked quorum due to the absence of the ruling parties’ MPs.

At the meeting, Párbeszéd MP Olivio Kocsis-Cake argued that it isn’t Parliament that has a responsible government, but it is Viktor Orbán who has a Parliament with 131 pro-government representatives voting on anything at any time for [the sake of] the Prime Minister. The Fidesz-KDNP MPs represent the power and not those who voted for them, the opposition politician said.

According to centrist-green LMP MP Péter Ungár, it shouldn’t surprise anyone that the pro-government MPs did not turn up at the meeting, as they would have to answer to the kind of farce it was that they adopted a proposal, the fulfillment of which they themselves didn’t expect. It was clear that the loan package wouldn’t be decided by the Hungarian Parliament and the Hungarian people, but by German Chancellor Angela Merkel and Viktor Orbán, and this was indeed the case, he said. “The point was how Orbán and Merkel can best serve the interests of the German automotive industry,” he insisted.

Socialist (MSZP) MP Bertalan Tóth criticized Orbán for failing to report on the Brussels conference. He also insisted that Orbán didn’t manage to reach even one point previously set.

Jobbik MP Koloman Brenner shared the same opinion. In addition, he said he finds it disappointing that, due to the confusing wording, each country’s representatives can consider themselves winners, which is probably the case with the Germans and the French, but in Hungary’s case it is merely a rhetorical catch. According to him, in fact, only multinational companies and Fidesz oligarchs will do well in the agreement.