After the initial uncertainty, UEFA ruled that Ferencváros can play two of its Champions League group stage games at Puskás Aréna. President Gábor Kubatov now revealed the 8-phase ticket purchase process, that was introduced for the calculated high demand for tickets that is limited by the coronavirus restrictions, since only 30% of the stadiums’ capacities are allowed to be filled.

Uncertainty came after it was made public that the brand-new and super-expensive Puskás Aréna’s turf has to be reinstalled once every year and this year’s timing is in conflict with at least one of Ferencváros’s home matches. Since according to UEFA rules all group stage home matches have to be played in the same stadium, it was feared that in this case, all three games will be played in the smaller Groupama Aréna, FTC’s home ground. But UEFA’s decision ruled in favor of the green-whites, meaning that world-class clubs Barcelona and Juventus can already be received in front of a bigger crowd.

FTC’s president, who is also ruling Fidesz’s party director, has also clarified how people can get tickets for these long-awaited CL-clashes. Accordingly to UEFA’s regulations, the European Federation’s sponsors will get allocation first, followed by the coach’s and players’ family members, then FTC’s staff members’ relatives and club employees.

The fourth round is dedicated to the club’s legends, Olympic, World Championship, and European Championship medalists, and the club’s sponsors and guests. 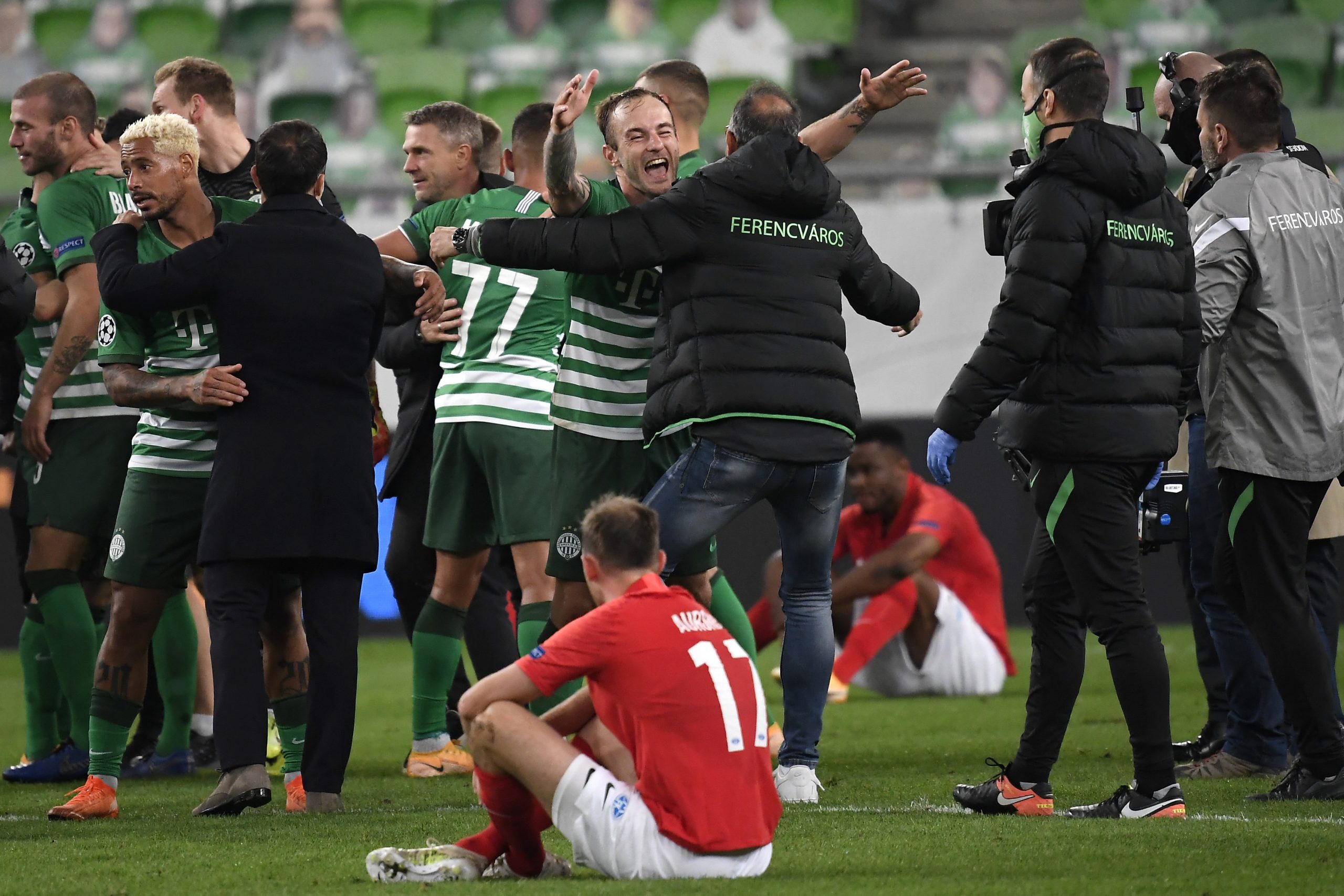 Ferencváros, Hungary’s 2019-20 football champions, qualified for the group stage of the Champions League with a 0:0 draw against their Norwegian opponent Molde in Budapest on Tuesday. It has been 25 years since the most popular Hungarian club could play in the prestigious tournament. Since Fradi scored three goals in Norway, the 3-3 away draw […]Continue reading

After these stages, provided that there would still be any tickets left, fan-card holders will get their chance.

Due to the 30% ruling, Groupama Aréna can host around 6,600, while Puskás Aréna can hold 20,000 spectators. Away fans are not allowed in any of the arenas.