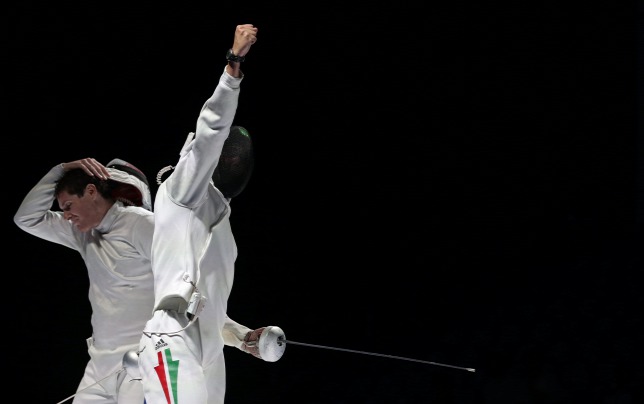 The 41-year-old Hungarian was up against one of the discipline’s finest, Frenchman Gauthier Grumier. In a tight affair, Mr. Imre won through by a single strike – 15-14 – while Denmark’s Patrick Jorgensen and Korean Seung Hwa Jung won bronze. 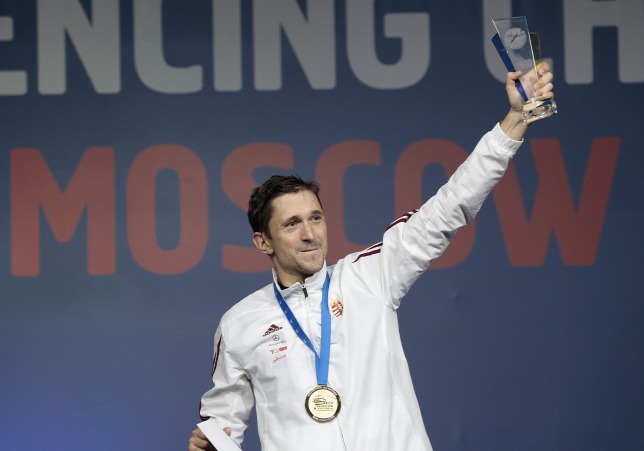 The victory marks the Hungarian fencer’s first individual World Championship title. Commenting on his spectacular win, he said that his preparations went well and while he did have minor strains and illnesses, he received sufficient assistance to compete in Moscow in good spirits. “Thinking back on my fencing, I’m satisfied with it. Sometimes, I had luck, other times I was a bit cheeky, but what’s important: on the whole, I enjoyed the epee”, a modest Mr. Imre said in reflection to his spectacular performance.

He added that at European Championships in June, he failed to make it to the master table because of his “apathetic and convulsive play”, perhaps a result of his eagerness to demonstrate that he was not selected to the national team at forty years old by accident. “Now, I thought I’ll take all weights off myself and try to fence effortlessly”, he explained.

So far, the Hungarian fencer has won three World Championship golds, two silvers and four bronzes, all in a team. His contribution this Saturday would be important for the Hungarian national team’s successful performance, especially because the double number of points to be won at World Championships would come in well for the country’s Olympic qualification.

“I’m not thinking about individual Olympic qualification, the team has to achieve this”, the world champion said.