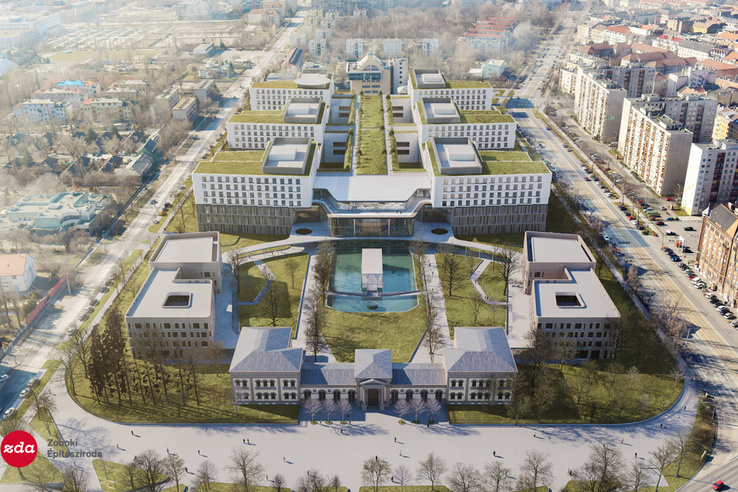 By 2023, three “super-hospitals” are to be developed by the government in Budapest. One of them, referred to as the last hundred year’s biggest healthcare investment project – a huge, state-of-the-art complex dubbed South-Buda Central Hospital (DBC) is planned to be built. Budapest’s new opposition leadership, however, insists that this is not the way to go with healthcare development.

According to the initial plan, DBC would be responsible for the healthcare of about 1.2 million people. In total, it would include a staff of around 3,000 workers and 1,200 inpatients. This, adding to the outpatients and visiting guests, would total around six thousand people per day.

According to the prime-ministerial commissioner of the project, J. Róbert Bedros, it would be much more than just a hospital. “In Western Europe, most newly built hospitals also operate as a kind of health plaza. This means that we make every service available to patients and their families that they would use every day.”

As a result, it would additionally include a kindergarten and a daycare center, both with a capacity of 60. Also included would be staff accommodations, and other facilities such as a fitness center. 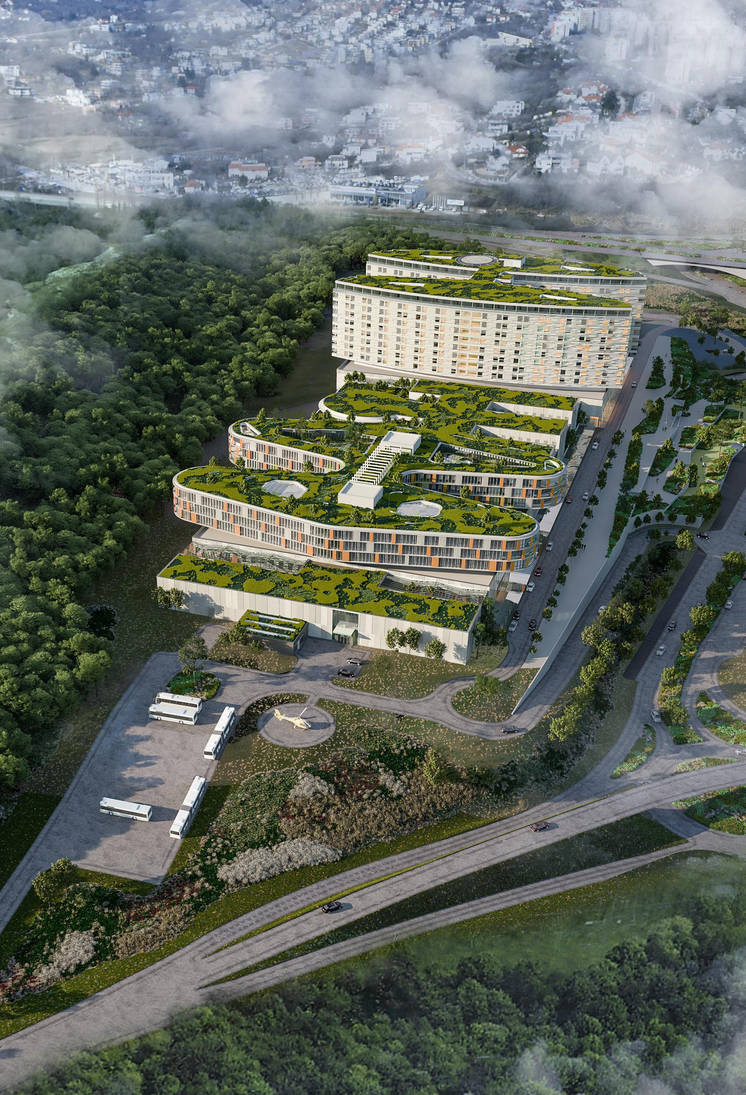 In 2018, the project was planned to be completed in five years, and since it’s a greenfield investment, it needs a lot of supplementary infrastructure developments, such as utilities and transport routes, for example: the expansion of Metro 4.

DBC would be part of three central hospital systems -the other two involve the reconstruction of existing ones- to be built by 2023 that would provide healthcare to approximately 4 million people. All of this would be under the government’s Healthy Budapest Program (EBP), into which 700 billion HUF are planned to be allocated for the healthcare infrastructure development of Budapest and Hungary’s central region.

Opposition would develop existing hospitals instead

Recently, Imre László, the 11th district’s (Újbuda) new opposition (Democratic Coalition) mayor, the party’s main healthcare politician and a former hospital director, told ATV that it would be cheaper and better serve the region’s interest if the St. Imre Teaching Hospital would be developed instead. “I continue to claim that we have already laid the foundations for a ‘super hospital’ there, and that’s the one that should be further developed,” he stated. László, however added that the district couldn’t halt the construction as it is on government-owned property.

In addition, ahead of the municipal elections, Gergely Karácsony also said that he is against the super-hospital network. In an interview with Népszava, he said that “the super-hospital project is only about giving more construction projects to the buddies.” He also claimed that “it is a misconception that new monster institutions should be built, the existing ones should be developed instead.”

Will it be ready?

Reports also differ as to whether the project will go according to schedule. While the pro-Fidesz sites insist that everything is going according to plan, economic investigative site Mfor’s doubts this.

Bedros told pro-govt tabloid Origo in August, that “although currently, it is not the machinery and cranes that play the main role, but the cooperation of designers, medical technologists and IT specialists determine if DBC does go according to schedule. In the most significant health investment of the last 100 years, the closing contracts are about to occur,” he added.

Mfor, however, in a lengthy report published on the same day doubted this, and claimed that besides entrusting government-friendly firms with certain jobs, no major progress has been done. This has also been confirmed by László, who confirmed that to this date, no work has been done yet on the site.