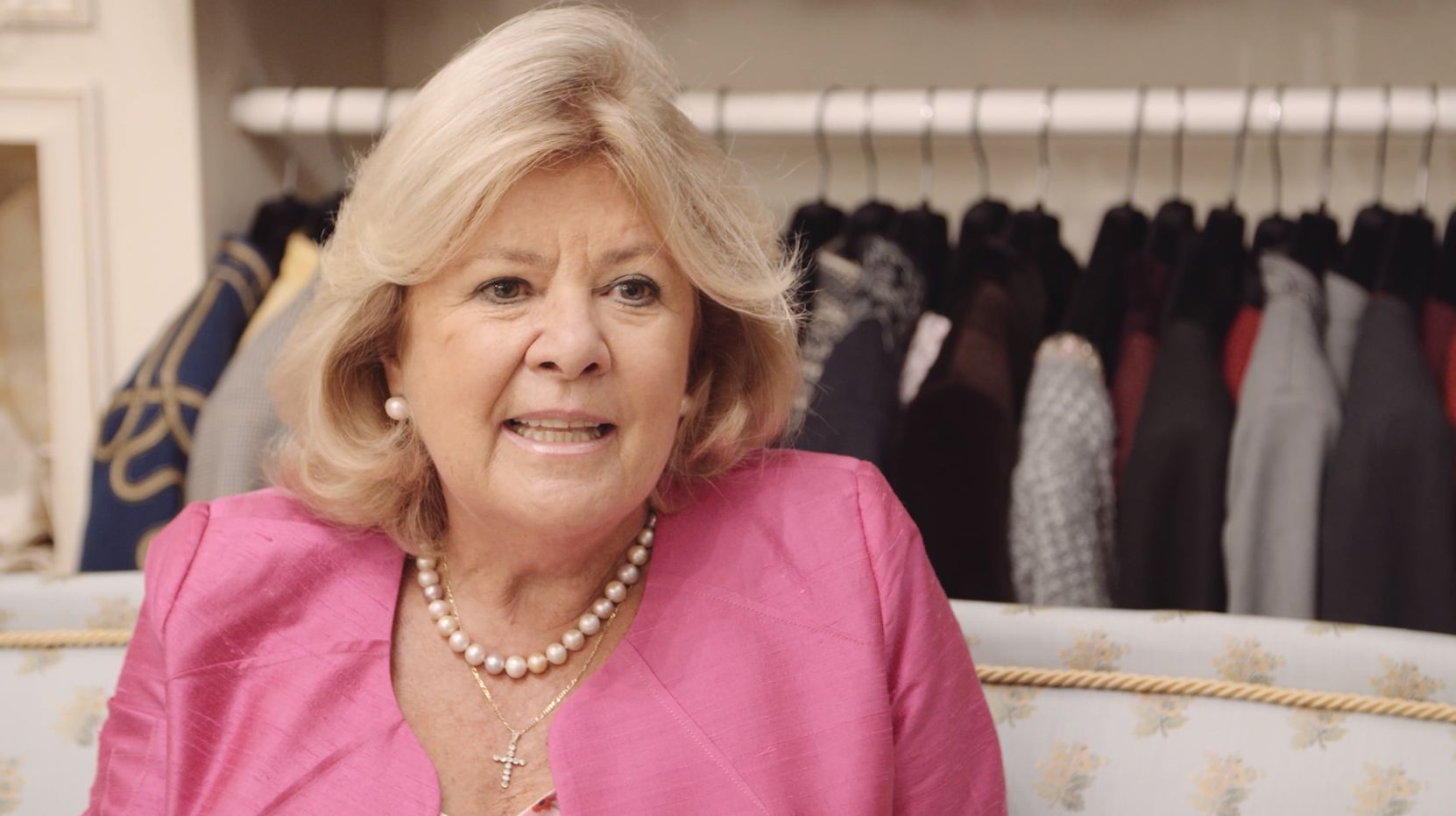 35 years ago, Katalin Hampel started her career as a fashion designer in a tiny shop in downtown Budapest. Beautiful folk attire was available even back then. Her business, however, could only effectively grow after Hungary’s regime change. Today, it has reached the point where it serves its customers in one of Budapest’s busiest “fashion streets.” Her clothes are popular among politicians, artists, aristocrats, and those who like sophisticated, unique clothes with Hungarian motifs. In the short film of the Friends of Hungary Foundation, Hampel says her Ars’ Poetica is that “old Hungarian costumes be brought to life in a fashionable form which can also be shown abroad.” The short film about Hampel is part of a video series that introduces ten remarkable Hungarians who have made a name for themselves abroad through talent and hard work.

Although some of Katalin Hampel’s ancestors did not speak Hungarian, they were all proud of their origins: the designer has several photos showing her ancestors in traditional Hungarian garb. These photos are likely what her inclination for beautiful Hungarian attire can be attributed to. 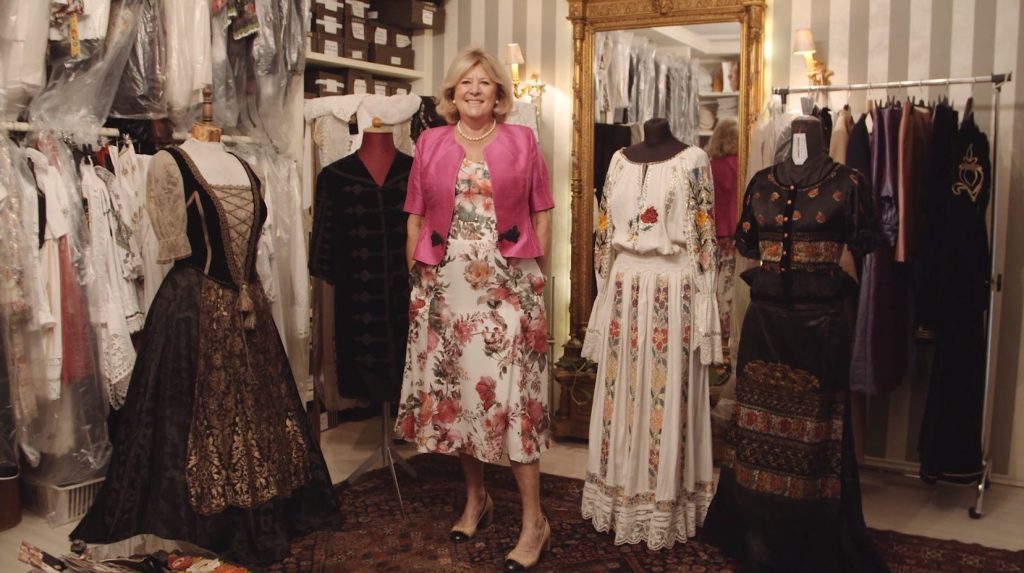 She had already learned the technique of sewing from her mother, who ran a small sewing shop in a room in their house to supplement the family budget. Hampel attended tailoring and sewing courses in secondary school, where she learned the art of making clothes. Then, in the late 1980s, she decided to open a small shop in downtown Budapest.

With very little money but a lot of love and devotion, I opened this shop, even though everyone said that it was the failure of all failures.

Fortunately, this was not the case: Today she has an elegant, large store in one of the busiest pedestrian streets in all of Budapest. Hampel says in the film:

I never had dreams like this. I knew that I love it, that these beautiful traditional textiles must be kept for posterity, and that this wonderful 500-year-old Hungarian costume must be passed on to the next generation.

She works with several seamstresses in her salon. Together they take inspiration from the ornamental elements from books on traditional folk wear and museum materials, but at the same time they try to keep up with today’s fashion with regards to style and shape. For decades, the team has been working with János Tóth, their manufacturer of trimmings, who creates authentic ornaments in his two-hundred-year-old workshop.

Fashion designer Katalin Hampel was born in 1954 in Budapest. In 1972 she graduated from Toldi Ferenc High School. Her husband is a dentist. She has a daughter and a granddaughter. In 1986 she opened her first shop at Párizsi utca 1, where she sold original folk attire. In 2010, at the request of the Hungarian Olympic Committee, she made the uniforms of athletes who traveled to the Youth Olympics in Singapore. In 2010 she received the “Pro Civibus Prize” from the 5th district of Budapest, and in 2016 she received the “Arany Búzaszem Prize.” In 2018 she received an award from the General Assembly of Budapest for her creative work on “promoting and reinterpreting the traditions around culturally established Hungarian garb,” which was presented by the then mayor István Tarlós. Among other things, she has arranged fashion shows in London, in Connecticut, at the Hungarian Academy of Sciences, at the “Széchenyi Ball” in the Gellért Hotel in Budapest, at an event for the wives of the head of state of the European Union, and at numerous charity events.

In the video, Katalin Hampel emphasizes that it is particularly important to bring Hungarian national garb into fashion while its patterns and ornaments are still authentic.

You can watch the short film about Katalin Hampel with English subtitle here:

Our little jackets go well with jeans or a shirt for shopping. With a long black skirt, the same velvet jacket is suitable for a ball. These are clothes that you can wear in everyday life and on holidays, which bear the mark of traditional Hungarian clothing culture.

Hampel is also of the opinion that we Hungarians have the richest clothing culture in Europe since we have both folk wear and national attire.

When a foreigner sees our clothing, they can certainly tell that it is very beautiful. However, they certainly do not identify with it on the level of a shared national conscience. Our customers value the fact that the evidence of a 500-year-old culture can be found within these clothes.

Hampel also set up a small “museum” in her salon containing 100-year-old Hungarian costumes that are already of museum value.

The persistence and survival of these elements in our clothing today shows that we can experience respect for our traditions and our cultural heritage not only in museums, but even in our everyday lives, she stressed. 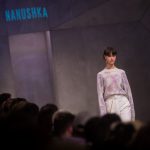