Family Secy Calls for Changing Europe ‘from Inside’ 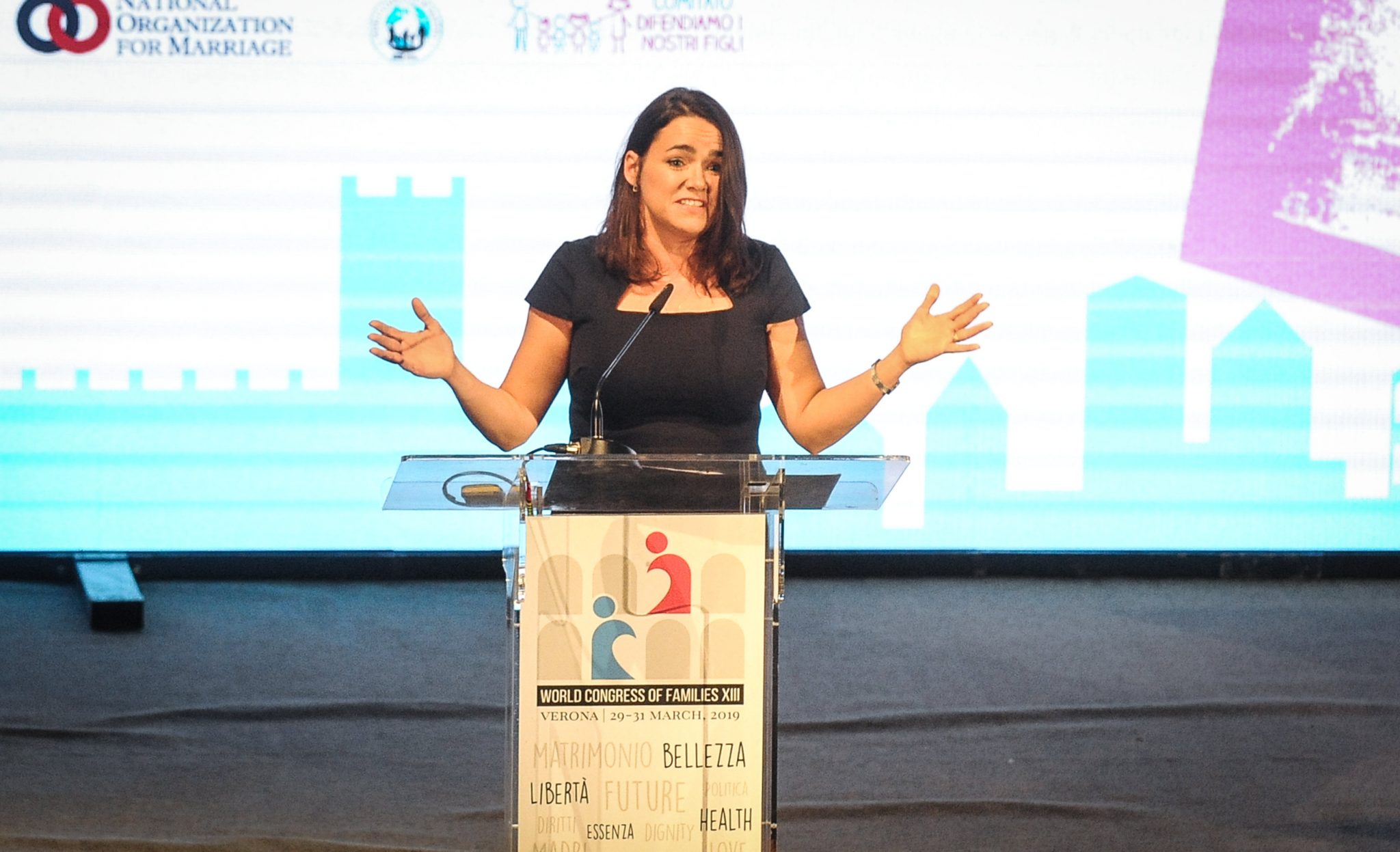 Europe needs to be “changed from the inside” to save it from “committing slow suicide by giving up Christian culture and supporting young people”, Katalin Novák, state secretary for Family, Youth and International Affairs at the human resources ministry, told MTI by phone from Italy late on Saturday.

Novák attended the World Congress of Families in Verona, where she noted similar approaches in Hungary and Italy to handle migration or support families. Both countries “believe in strong borders” rather than “supporting migration”, which she said many European leaders believe to be a remedy for demographic problems. Hungary controls its borders on land while Italy protects borders at sea; both countries are interested in keeping Europe safe, she added.

In his closing address at the conference, Italian Deputy Prime Minister Matteo Salvini said Hungary has shown that families should be the cornerstone of governments’ policy and economic decisions. Others try to solve Europe’s demographic problems “with twenty-year-olds fresh off the boats”, young people “without roots, identity and culture”, Salvini said.