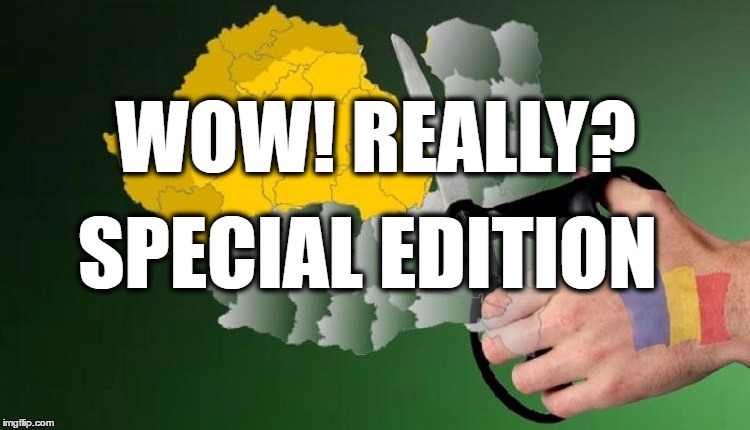 In this special installment of our new (semi)regular segment, Wow! Really?, we examine some unexpected news from Romania.

Fake news and false reports are always catchy, exciting and popular. This is certainly true of a recent Romanian “Facebook rumor” about the future of Transylvania. Romanian dcnews.ro published a fake new, conspiracy theory about Putin’s upcoming visit to Hungary. To make a long story short, Romaian journalist Alexendru Cumpanasu claims that the President of the Russian Federation will meet the Hungarian Prime Minister in Budapest to set up a deal to reunite Transylvania with Hungary. 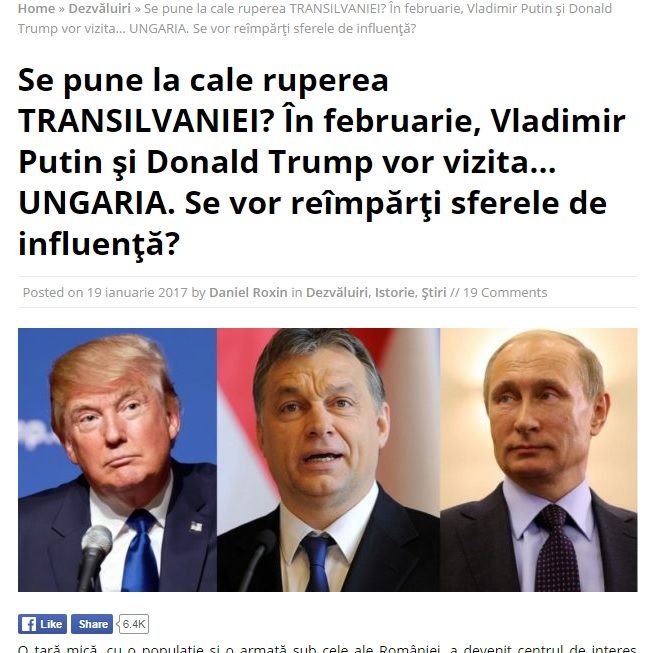 The Hungarian translation can be read on the stux.hu. On the page the editor warns that the story is spreading (mainly on facebook) as wildfire. Vlagyimir Putin and Viktor Orbán will reorganize the map of Europe…apparently with the cooperation of Donald Trump, America’s new President, himself no stranger to fake news stories. What’s more, the authors of this fake news article apparently know Trump’s schedule than even Trump does. They write that the American President will meet with the Hungarian Prime Minister on the 15th of February (13 days after Putin’s visit). Well, this is slightly problematic, chiefly because Donald Trump has no plans to come to Hungary in the near future. The only officially published meeting of the American President has been his  invitation of the British Prime Minister to visit Washington D.C.; there is currently no information about any European visit on the part of Trump, and certainly not about a visit to Hungary. 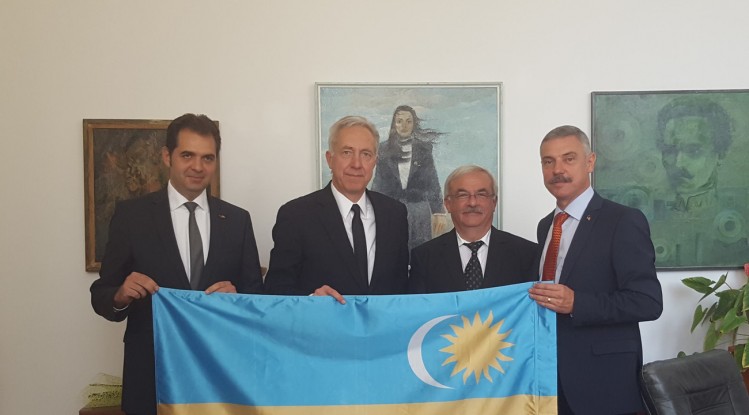 Daniel Roxin at cunoastelumea.ro developed and extended the story with the warning that the US Ambassador to Romania posed for photo with a Szekler flag… All in all, it would seem that scary, mysterious signs about the future of Transylvania are coming from the depths of the internet. Just don’t let the fact that they’re false bother you.