The Russian-financed loan on the extension of the Paks Nuclear Power Plant passed the Parliament’s floor Monday afternoon. The bill, containing the Russian and Hungarian translation of the agreement, was presented by Minister of National Economy Mihály Varga and passed with 110 votes in favor.

According to the agreement, Hungary will receive a loan of $13 million to plan, build and commission reactor blocks 5 and 6 next to the existing four in the city of Paks, lying on the banks of the Danube. The credit line is expected to finance 80% of the extension’s total budget as the deal also includes a favorable prepayment option. The loan is set to be utilized between 2014 and 2025 as the new blocks will boast a capacity of 1000 megawatts each. The agreement also states that the power plant is to remain the property of the Hungarian state.

The vote marks the ratification of the agreement signed on 6 February by President Vladimir Putin and Prime Minister Viktor Orbán. The extension of Paks received heavy criticism from opposition party and green power advocate LMP as its members voted against the bill, while MSZP and Jobbik abstained. 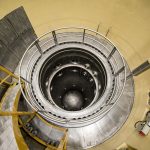