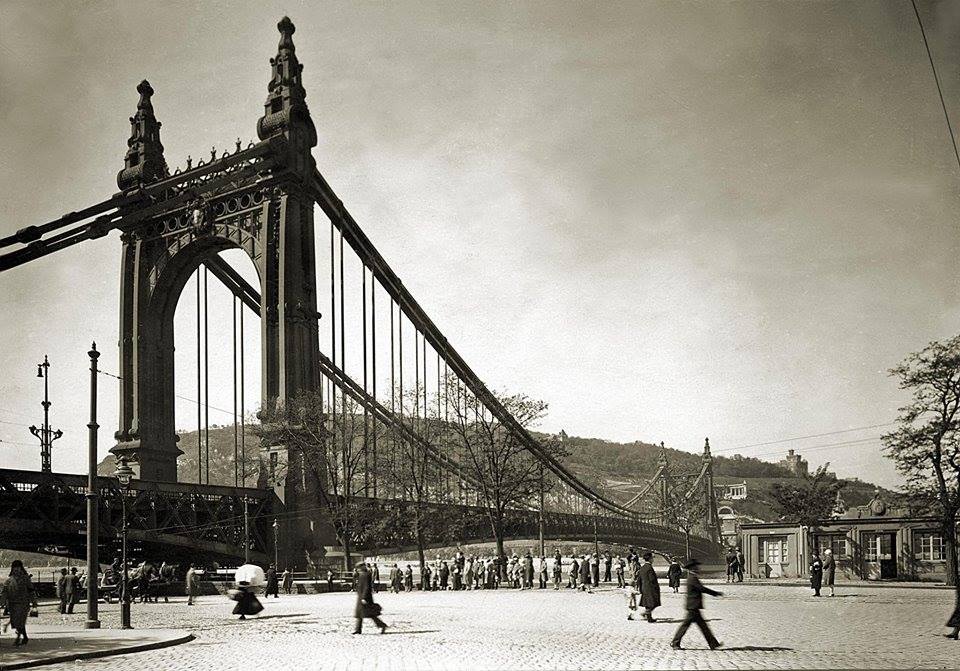 Carriages rattling over Danube bridges, men in top-hats, women with shawls and parasols – all of these can be seen in a series of rare videos that were recorded in Budapest in 1910. Although well over a century has passed since their creation, the clips are still sharp enough to give a unique, eye-opening view into what everyday life in the Hungarian capital looked like before the city was ravaged by the catastrophes of the 20th century.

The videos, which were posted in a Facebook group, were taken by French film company Gaumont, which was founded in 1895 and which continues to make films to the present.

As the website We Love Budapest noted in an article, in the first clip viewers can see a number of important Budapest landmarks, including some which have since been destroyed by war. In fact, the video opens with one such landmark, the original Elizabeth Bridge, which would later be rebuilt in a completely different style after its destruction during World War II. Gaumont’s recording also includes scenes of the Chain Bridge, the statue of St. Gellért, the Castle district’s famed Fisherman’s Bastion, St. Stephen’s Basilica, and the Parliament, the latter two of which had been completed just a few years before.

The second video opens with views of the Danube from the Pest side of the city, and continues with footage of Gellért Hill, a bustling traditional market in Buda, villas, and ships making their down the river, as well as some of the other views and landmarks that can be seen in the first video.

At the time these ‘moving images’ were recorded, Budapest was still the glorious imperial co-capital of Austria-Hungary, one of the great powers of Europe. Francis Joseph was still Emperor-King, and veterans of the 1848 Revolution and War for Independence were still alive. Around the world, telephones and mass electricity were just beginning to become widespread throughout Europe and America, and Ford’s Model T had just appeared two years before. In this context, it is truly fascinating to see videos of a time when film itself was a novelty.

For those readers interested in even more videos of Budapest as it looked in the early 20th century, here’s a video of the Hungarian capital in 1930, after the fall of Austria-Hungary and the trauma of the Treaty of Trianon, but before the devastation of the Second World War: