In an exclusive interview with Hungary Today Mr. Mack speaks about his work experiences with Hungary so far, his offensive Trump tweets and his relationship with Arthur J. Finkelstein, who works as PM Viktor Orbán’s main campaign adviser. 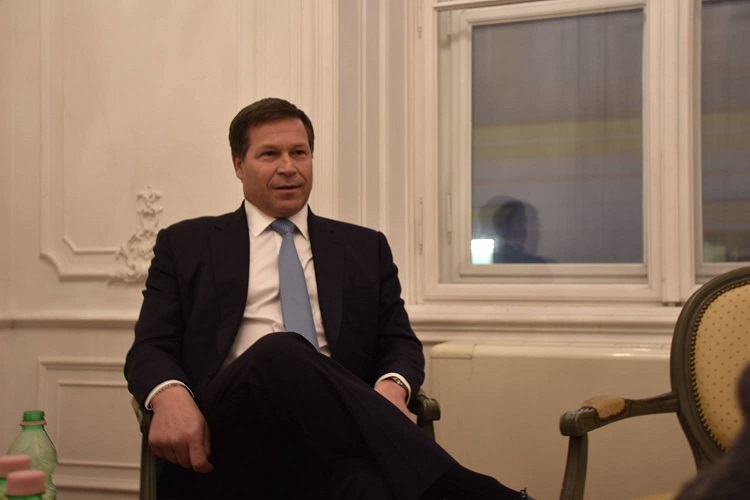 As an American, what are the first 3 things that come to mind about Hungary in general?

A rich history, a brave people who fought for and won their freedom, and also a country that continues to strive to meet the challenges that are presented to them, whether it’s in this case the migration issues, economic issues; seeing the Prime Minister as a real leader, not just in Hungary, but in the entire region.

How often do you visit Hungary?

It’s probably been once a year, but I think next year I’ll be able to get two trips in; I wish I could do more, I wish I could, uh, you know what I really want to do is, I want to come over and do less interviews (laughs), spend more time in the countryside, which I had the chance to do, by the way, Saturday; I went out into the countryside, visited a winery, it was very nice.

Well the next questions sort of relates to that: Do you have any favorite Hungarian foods or wines?

God I couldn’t… If I lived here I would be 400 pounds. It is so good. It sort of reminds me of the type of food that I ate as a kid. My mother grew up on a farm, and so….I had a dish, I don’t know what the name of it is, I think it was a stuffed cabbage, it was so good; so, I don’t know where I was going with that, but I love it all. I never was a big fan of, and well I didn’t have a lot of opportunities [to try], paprika, it wasn’t something that I ate a lot of, and when I did, it was more of like tasting it, but the way it’s cooked here and used, it’s really good.

In general, as a lobbyist, how much or to what extent do your clients’ views need to align with your own in order to work effectively?

I think it probably makes sense, but it also makes sense that you can have an opinion that’s different and be able to express that. And at the end of the day, the client is right, at the end of the day my job is to do what the client thinks is the right thing to do. But you certainly don’t want to start that relationship in a very negative way where the views don’t align.

On a related note, during the primary you were somewhat critical of the current president-elect [Donald Trump].

Well, rather critical. (Laughs). So, to what extent do you feel that you can easily move past those past conflicts to effectively advocate for the PMO and the Hungarian government?

That is the type of question that…and this isn’t at you, I know you have to ask it, but the idea of that is [rooted in] not understanding how politics works in the United States. There were, you know, 8, 10, 12 folks running in the primary. I supported Jeb Bush, and during those primaries, it’s like a fight within the family, and sometimes they get very rough, but the great thing about a family is, is that after it’s over you all come back together and try to find a way to make it work. So, there won’t be any consequences for me, or frankly, for most, because, just look at some of the appointments that President-Elect Trump has made; and he’s appointed people who were in a much more public place that I was, who spoke out against him, and he’s appointed them to places. It’s very common in the United States, that’s what you do. It’s good for, in this case Trump, because he needs to build support, and the stronger he is with his own party the more he can do as president, and vice versa; it’s important for those people who supported other candidates, who spoke out against him, to recognize that there’s more common ground, and to find ways to work together.

How many times had you been to Hungary before becoming a lobbyist for the Prime Minister’s Office?

Prior to this, did you have any tasks, responsibilities, or experiences related to Hungary, or to Central Europe in general?

Yeah, for 8 years in Congress I served on the foreign affairs committee. 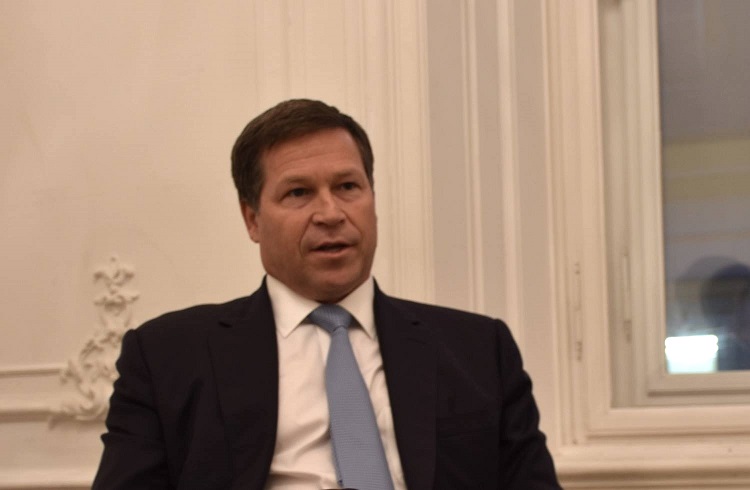 The follow-up question is, then: do you bring any specific skills or knowledge that would make you the most qualified candidate to be an advocate on behalf of Hungary?

That would be a question that you would have to ask the Hungarians. I think I’m very well-positioned to educate and advocate in Congress, both Republicans and Democrats. House, Senate administration, my personal relationships in Washington run deep. My first introduction to Washington wasn’t when I won my election in 2004. I first moved to Washington when my father ran and won in 1982, so a long history of being involved, even before I was elected.

A quick question here: In the past few years, what are some of the achievements that you would point to that you have brought about on Hungary’s behalf, whether in Congress or more generally in US political culture?

Well, I think, again, that would be a great question to ask the Hungarians; do they feel like we’ve made some headway on things, and I think they would say yes. But certainly, when I was here two years ago, when I gave a speech, at that time, the way it was presented, the narrative that was coming from some, but loudly, in Hungary and in the US, was that the relationship wasn’t a good one, that everyone in the government doesn’t like Hungary. It wasn’t true then, it certainly isn’t true now, and it won’t be true in the future. And I think some of the things that helped, just for those that tried to make an issue of the relationship, that didn’t exist, you saw that there was a hearing, more than one, where you had Republicans and Democrats not only making statements in support of Hungary, but defending Hungary, against those that would lay charges against [it], makes claims that, when asked, you know, “we hear you say ‘x,y, and z’ all the time, what material can you give us to show that that’s actually the case,” and they couldn’t. Again, this came from Republicans and Democrats; we’ve seen a lot more interaction from the Congress supporting Hungary and the decisions they make; so, when Hungary decided to put up the fence, there were many members of Congress who spoke out in support, and I think all of those things make a big difference.

Were you involved in helping to facilitate some of these hearings?

Well, that’s my job, so yes. I would be careful, though, to say, you know, when there was a hearing that was posted, when they decided they were going to have a hearing, part of my job is to make sure that the members are educated and then advocate on our positions. That’s the meaning of what I do.

Can you tell us how many people in your firm work on issues related to Hungary?

It fluctuates…it depends on what we’re doing. And a lot of times in Washington, or in what I do, there may be other people at times that have a stronger skill set that we’ll need, so it’s not a consistent thing.

It could be that, it could be less, just depending on… it could be a couple. You know, for what I do, there’s not a large need to do research; the issues are things that I’ve been dealing with for the 8 years that I was in the Congress and then after.

In the past, a gentleman by the name of Arthur Finkelstein has served as an advisor to Mr. Orbán; he was involved in both your and your father’s political campaigns as well…I was just wondering if he had any role in facilitating your current position as lobbyist for the [Hungarian] government?

Let’s see…I would step back and say that Arthur is a friend of mine. I do not like it when it’s positioned as…

I didn’t mean to position it as anything…

No, not for you, but I think it’s important that people realize that Arthur is a friend, someone that I believe in, that I like, and frankly I turn to him for advice often that has nothing to do with politics, or clients, or anything; just personally he’s a great man. And, of course we talked; it would have been strange if we hadn’t. But ultimately, it was a decision that had to be made by the Hungarians. That was a long process, it’s trying to match up US law and regulations for representing a foreign government, and then Hungarian laws and rules on the interaction of a lobbyist, sometimes those are hard to match up, so it took a long time. Of course I talked with Arthur, just like I talk to my father.

Of course, I understand. I was just wondering in the sense that he does have a degree of expertise and knowledge of this region; he’s worked for several governments in the region, which is why I was curious about that. 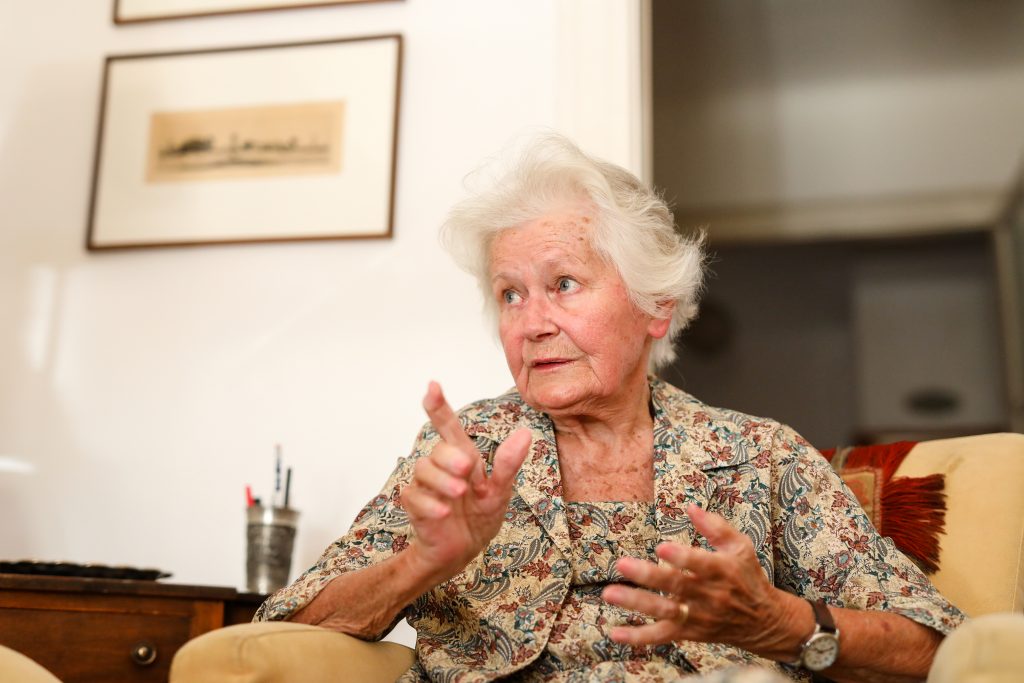 Hungarians have stood their ground all over the world, and they have made themselves liked in Argentina too, says the founder of the Argentinian Hungarian Gazette. However, she emphasized that many in the diaspora unfortunately confuse integration with assimilation. Zsuzsánna Haynalné Kesserű was only a child when her family left Hungary at the end of […]
Hungary Today 2021.10.05. 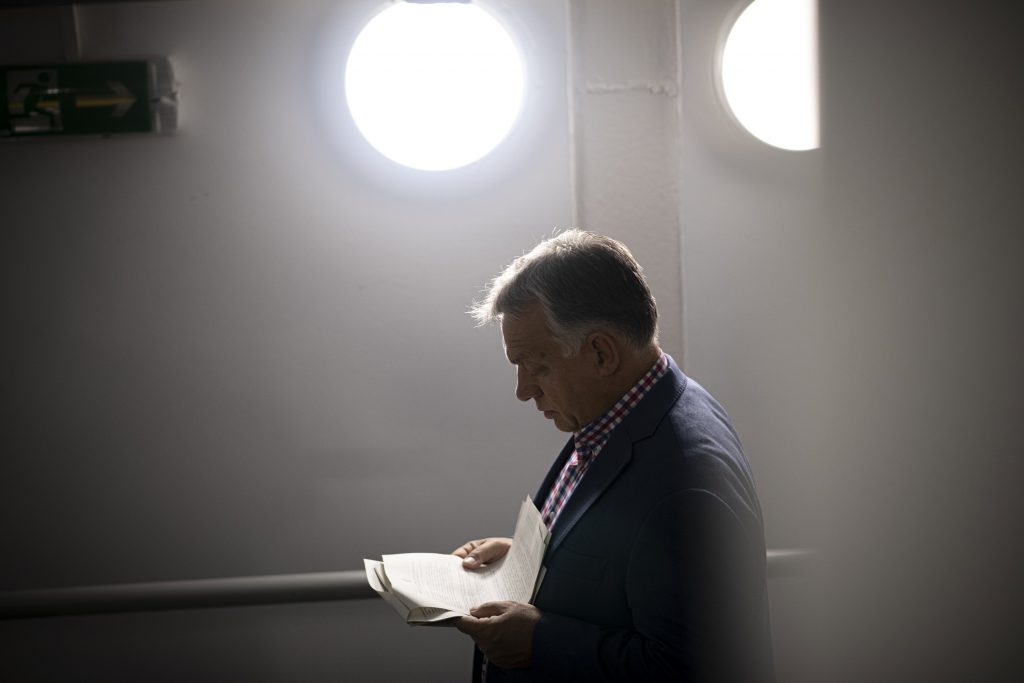