Even With Fence, Hundreds Of Migrants Attempt To Cross Border Every Day, Security Chief Says 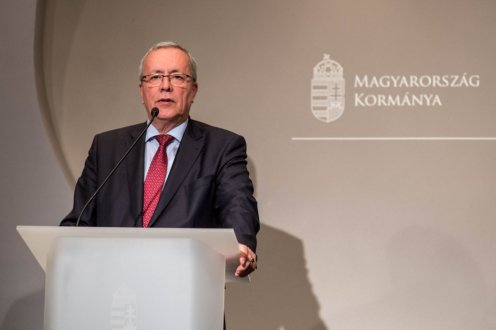 “There is noticeably continuous and increasing migrating pressure along the Hungarian-Serbian border”, the Hungarian Prime Minister’s Chief Advisor on Homeland Security György Bakondi told reporters on Monday. Illegal attempts to cross the border, which cause damage to the border security fence, are typical, he said.

According to the table shown at the press conference the number of “violent illegal border crossing attempts” were 3300 in March and have now risen to 4200. About 100-150 migrants attempt to enter Hungary each day by damaging the fence along the border with Serbia and another 700-900 are thwarted in their attempt by the presence of border guards, Bakondi said. There are currently 200-250 migrants stranded just outside the transit zones at the Röszke and Tompa crossing points on the Serbian side of the border, he added.

Based on the information Bakondi shared with the press, 17,052 requests for asylum have been submitted in Hungary so far this year, 4,102 of these were submitted in transit zones. Meanwhile Hungarian police arrested 1176 people traffickers last year and have detained 121 so far this year, the Chief Advisor said. The court has made expulsion rulings in 2698 cases for crimes relating to the temporary border security fence, Bakondi added.