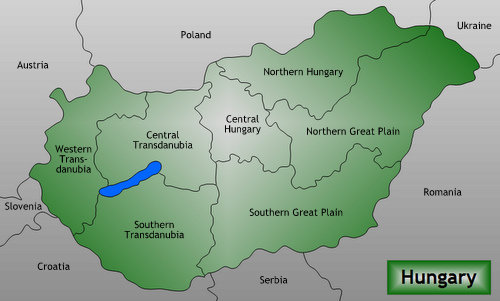 Four Hungarian regions are among the European Union’s twenty poorest, according to a Eurostat report. Daily newspapers Magyar Nemzet and Világgazdaság cited the survey on Monday, noting that northern Hungary, the northern and southern parts of the Great Plains and the south-west region lagged behind severely, in spite of Hungary’s drawing down the biggest amount of EU funds from among the former East Bloc. In these four regions GDP per head only reached between 42% and 47% of the EU average, according to Eurostat. In central Hungary, living standards are better, where GDP per head is 107% of the EU average. In Bratislava and Prague, this percentage stands at 186 and 173 respectively. 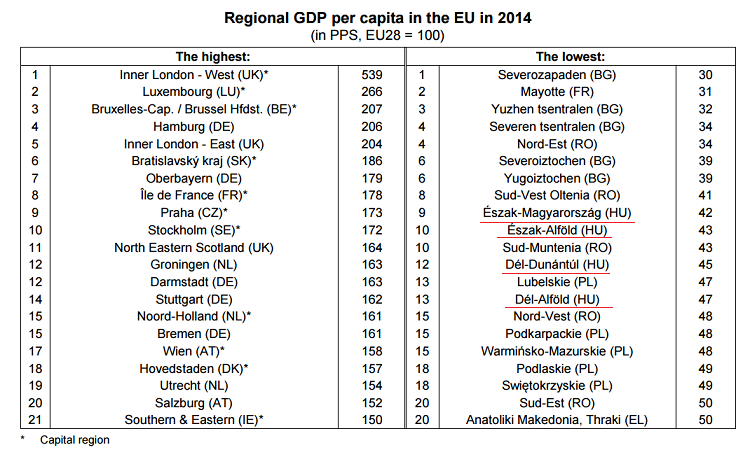 However, Hungary might be closing the gap in terms of employment figures. Hungary’s average unemployment rate was 6.2% in November-January, unchanged from the previous three-month period, the Central Statistical Office (KSH) said on Friday, adding that the unemployment rate was down from 7.4% in the same period a year earlier. The number of unemployed in Hungary averaged 279,200 in November-January, while the number of employed stood at 4,239,500. The average time spent looking for work was 19.2 months during the period. About 50.2% of the unemployed had been seeking a job for one year or more. There were 3,006,200 economically inactive Hungarians — those neither employed nor seeking work — during the period, down from 3,098,400 a year earlier. At the same time, the activity rate rose to 60.0% from 59.0%. 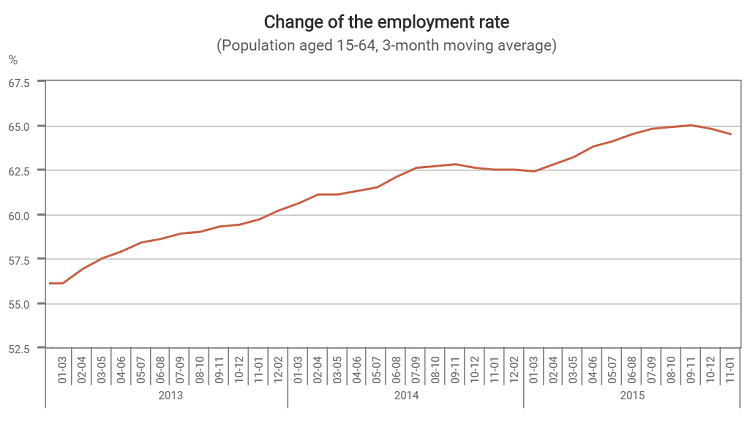 The data are calculated in line with International Labour Organisation standards and include people with all forms of employment contracts who have worked more than one hour a week during the period or are on sick leave or paid absence. The data also include those employed in public work schemes and those working abroad for less than one year, KSH said.  Analyst Péter Virovácz of ING Bank said that he expects unemployment to drop below 6% this year. Gergely Suppan of Takarékbank said full-year unemployment could fall to 6.3% this year from 6.8% in 2015 and could drop to around 6% next year. 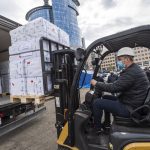 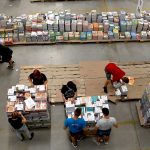