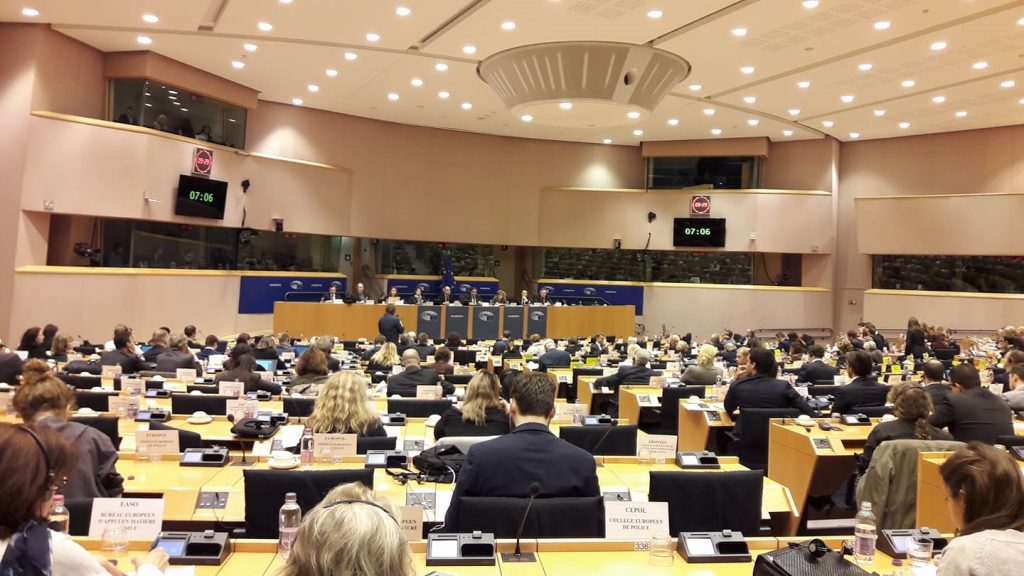 The European Parliament’s Committee on Civil Liberties, Justice and Home Affairs (LIBE) prepared a draft report criticizing the law of rule in Hungary. Initiated last spring by Dutch Green MEP Judith Sargentini, the report recommends whether the Parliament should trigger Article 7 proceedings against Hungary over “the deterioration of democracy and rule of law” in the country.

Presenting the report in a session of the committee in Brussels on Thursday, Sargentini said there was a “clear risk of a serious breach of the values of the European Union by Hungary,” which she said warranted launching the Article 7 procedure. Sargentini said the Hungarian government had curbed the powers of Hungary’s Constitutional Court and judicial independence and launched attacks against civil society.

The state of press freedom and freedom of expression have also deteriorated, she said. She said the report was not about the situation of asylum seekers in Hungary but rather about the fundamental rights of Hungarians and how the state treats its own citizens. Given the situation in Hungary, the EU has a duty to act, she added. She said:

The time for warnings has passed.

Roberta Metsola of the European People’s Party (EPP) said the report was not aimed as an attack against Hungary, emphasizing that it would be wrong to “try to draw political capital” from it. She added, at the same time, that there were several points in the document that, in the EPP’s opinion, “would not (…) seem to fit with the ultimate aim of this report.”

Social Democrat MEP Ana Gomes said the situation in Hungary was “worrying,” adding that it had deteriorated significantly over the past few years. “There is a systemic threat to democracy and the rule of law and fundamental rights in Hungary,” Gomes said. She also highlighted minority rights, the right to the freedom of assembly, academic freedom, corruption and the rights of asylum seekers as problematic areas.

Marek Jurek of the European Conservatives and Reformists (ECR) group said the Hungarian government had been subjected to “baseless accusations.” He added that “every country has a right to protect its sovereignty,”and “is only being attacked over its cultural differences.”

In reaction to Jurek’s statements, Liberal MEP Sophia in’t Veld said that although cultural differences should be respected, so should the EU’s fundamental values. She accused the Hungarian government of pursuing a “disgusting hate campaign” and said Hungarian Prime Minister Viktor Orbán posed a threat to the EU’s integrity. If Hungary were an EU candidate country today, it would not be admitted into the bloc, she insisted.

The reason why they’re smearing Hungary is because it won’t fall in line, but instead stands up to the mandatory resettlement of migrants.

She added that the discussion about the situation in Hungary was “completely devoid of objectivity.” Gál said the potential Article 7 procedure against Hungary “looks like a pre-arranged show trial that will end with a pre-determined political verdict.”

Hungarian politics has put the country into this situation here, in front of our European community and European allies.

Independent Hungarian MEP Krisztina Morvai, formerly a member of the radical nationalist Jobbik party, said the “attacks” against Hungary had united the country against “impertinence.” Hungary’s recent election showed that whereas the country had been “hugely outnumbered, it managed to defeat the will of the EU and [US financier George] Soros’s armies,” she said.

Balázs Hidvéghi, ruling Fidesz’s communications director, branded the draft document as the “Soros report,” saying it was a “frontal attack” against Hungary and “another obvious attempt to pressure Hungary into take in migrants.” Hidvéghi told state media channel M1:

We’re barely done with the election and Soros’s people in Brussels have already launched a frontal attack against Hungary in the European Parliament. The Soros empire’s representatives in Brussels are ignoring the decision made by the people and ignoring the outcome of Hungary’s democratic elections; they are angry and aggressively threatening to cut Hungary’s funding and suspend its voting rights.

Hidveghi said this was “unacceptable,” adding that the Fidesz-led government would continue to do everything in its power to protect Hungary from immigration. “We won’t give in on this issue and we’ll continue to fight against pressure from Brussels,” he said.

Hidveghi said public opinion on migration in Europe was shifting and the number of Hungary’s political allies was also growing. MEPs have until May 15 to submit amendment proposals to the draft report.