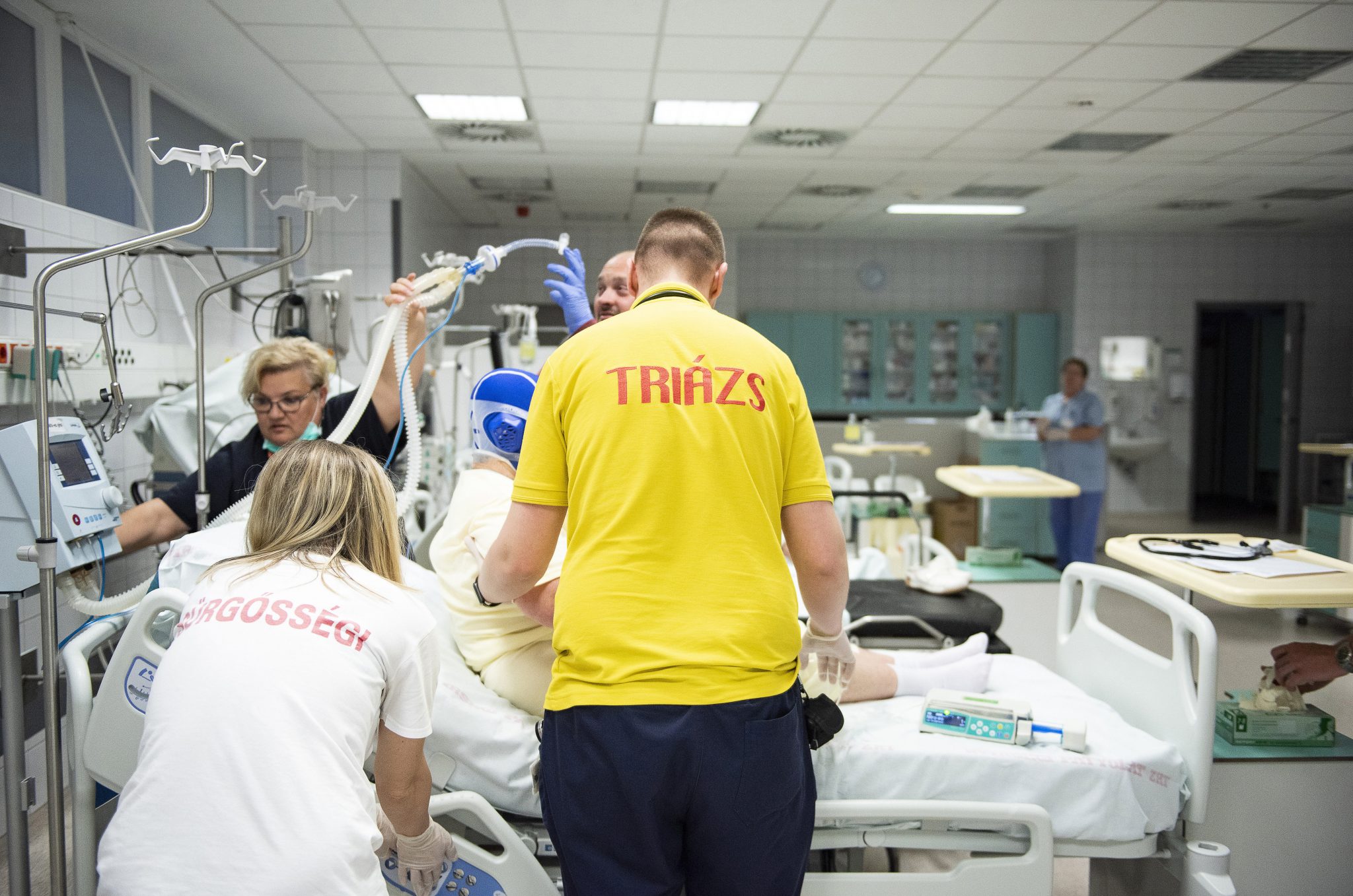 Yesterday, the European Commission published reports that depict the profile of health systems in 30 countries in the European Union. The Hungarian country profile shows that despite improvements since 2000, health outcomes in Hungary are still behind most other EU countries, reflecting both unhealthy lifestyles and the limited effectiveness of health care provision.

Hungary spends much less on the health system than the EU average, both in absolute terms and as a share of GDP. According to the survey, only a bit more than 2/3 of the health expenditure is financed publicly, substantially below the EU average, which results in the level of the out-of-pocket payments becoming double the EU average, also undermining equity. On a positive note, the proportion of Hungarian citizens who reported unmet needs for medical examinations and treatment is small. They have not reported that they could not access health care because of long waiting lists, costs, or distance from care. However, with some less publicly covered services, such as dental care or gynaecological services, the survey showed higher levels of unmet needs.

The State of Health in the EU is a two-year initiative undertaken by the European Commission that provides policy makers, interest groups, and health practitioners with factual, comparative data and insights into health and health systems in EU countries. The Country Health Profiles provide an in-depth analysis of health systems, looking at the health of the population and important risk factors, as well as the effectiveness, accessibility, and resilience of health systems in each EU Member State.

According to the country profile of the State of Health report, in Hungary, the levels of smoking, excessive alcohol consumption, and obesity are among the highest in the EU, contributing to high rates of cardiovascular and cancer mortality. The report shows that despite reductions in the past decade, Hungarians are among the heaviest smokers in the EU: more than one in four adults smoked daily in 2014 in Hungary. This is the third highest rate in the EU, which also contributes to the lifestyle risk factors which account for half of all deaths in Hungary, far above the 39% EU average. Adult obesity is also among the highest in the EU. According to 2017 statistics, one in five adults is obese. Alcohol consumption among Hungarian adults has decreased over the past decade but in 2017 remained more than 10% above the EU average.

The study shows that despite gains, life expectancy at birth in Hungary remains among the lowest in the EU, at almost five years below the EU average and the lowest among the V4 countries. Cardiovascular diseases are the leading cause of death in Hungary – much higher than in most EU countries – most notably strokes, but circulatory system diseases are also leading causes. According to the report, nearly 30,000 deaths could have been avoided with more effective public health services.

The Hungarian health system remains excessively hospital-centric, with insufficient focus on primary care and prevention. Additional reforms and investments are needed to reduce the performance gaps with the rest of the EU.

The report also states that the numbers of doctors and nurses in Hungary are below EU averages. Workforce shortages are mainly caused by an ageing workforce and the emigration of many doctors (cc. 5500 doctors left the country between 2010 and 2016) and nurses. The report says that in response, the Hungarian government has raised the salaries of healthcare professionals, including an unprecedented 19.4% salary increase for paramedics last May.

Earlier this week, Minister of Human Capacities, Miklós Kásler, held his annual report in front of the Public Welfare Committee of the government on the state of health. According to the minister, Hungarian health care is in good condition. He believes the high number of avoidable deaths does not mean that there are not enough hospitals, beds, operating rooms, or surgeons in Hungarian health care, but that the Hungarian patient does not go to the doctor in time. Kásler also presented his idea that the in-patient health care structure should be constructed in a way that medical universities as regional centers are built around national institutions, and large county or central hospitals are built around them. He added that Hungary is the only European country where the whole oncology spectrum has developed and is envied everywhere in the world.