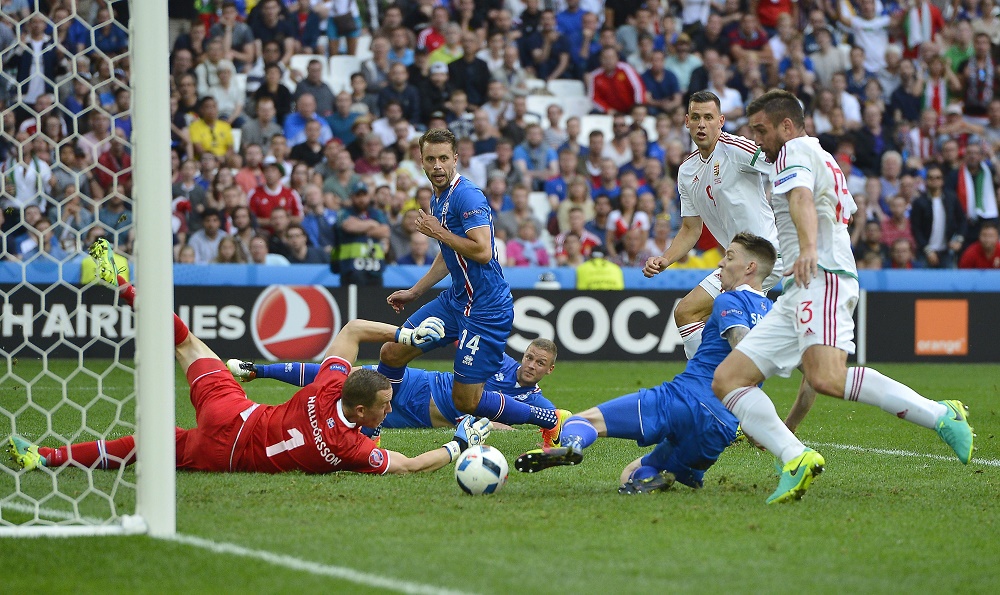 A late own goal from Birkir Már Sævarsson gave Hungary a deserved share of the points in Marseille’s Stade Vélodrome, a result which puts Bernd Storck’s team on the cusp of qualification for the last 16 in UEFA EURO 2016.

His team would dominate possession in the first half but rarely threatened to break down a stubborn Iceland defence. With space hard to come by in the final third, the only time Hungary found space to shoot was from distance, as they failed to force Hannes Halldórsson in the Iceland goal into any serious action.

Iceland, as expected, lined up in their customary 4-4-2 formation. Focusing primarily on defence and patiently waiting for a mistake from their opponents which would allow to attack, they nevertheless did threaten the Hungary goal on a couple of occasions as the half wore on. First, Gábor Király saved with his feet from Jóhann Guðmundsson, and then Richárd Guzmics was on hand to block a Kolbeinn Sigþórsson shot at the expense of a corner.

Hungary wouldn’t escape a third time, Iceland taking the lead in the 39th minute from the resultant corner. Király failed to hold Guðmundsson cross under pressure from Ragnar Sigurdsson, the ball fell kindly for Aron Gunnarsson, and referee Karasev adjudged Tamás Kádár to have fouled the Iceland captain in the box. Gylfi Sigurdsson took the resultant penalty, confidently dispatching the ball low into the left corner and sending Király the wrong way. 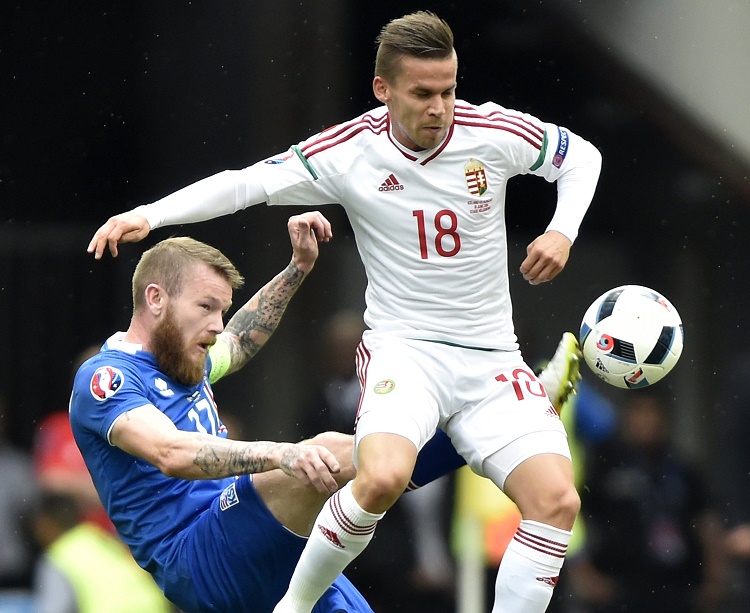 Hungary began the second half they same as they had the first, dominating possession but unable to find space to shoot, and too often their final ball going astray. Bernd Storck decided to throw caution to the wind after 66 minutes, sending on Nemanja Nikolić and Dániel Bode for Zoltán Stieber and Tamás Priskin, respectively, and switching Balázs Dzsudzsák to the left. This did give Hungary more of an outlet down that side, albeit Iceland did stand firm except for some dangerous crosses which caused Halldórsson struggled to cope with.

Iceland were pegged further and further back as the game wore on and forced into conceding a number of fouls. Twice Dzsudzsák struck free kicks from dangerous positions but on both occasions he failed to test Halldórsson. Time appeared to be running out as Storck threw Ádám Szalai on for defender Rolánd Juhász with five minutes remaining.

Hungary’s pressure finally paid off in the 88th minute. Receiving a pass from Ádám Nagy, Nikolić found space in the box before crossing right in front of goal. Sævarsson, sliding in and with Dániel Böde breathing down his neck, could only steer the ball into his own net.

Iceland had Hungarian hearts in their mouths with one last gasp chance deep into injury time, Gylfi Sigurðsson firing a free-kick into the wall and Eiður Guðjohnsen seeing his rebound shot deflect just past the post, but Hungary secured a deserved draw which could prove crucial come the final group standings. Hungary now have four points going into their final match against Portugal on Wednesday in Lyon, certainly putting them in serious contention for a place in the last 16. 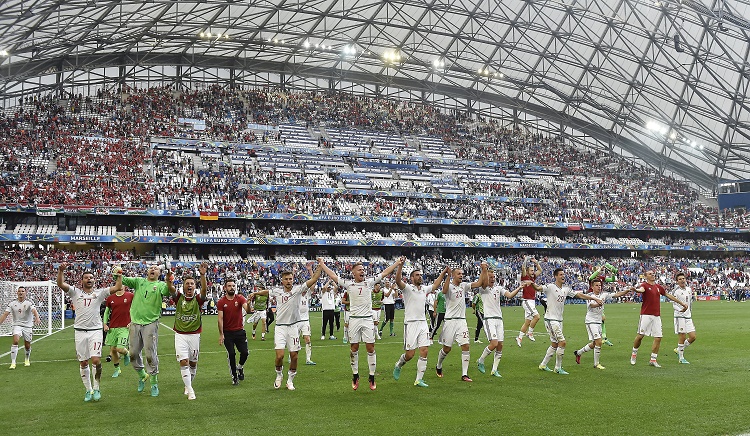