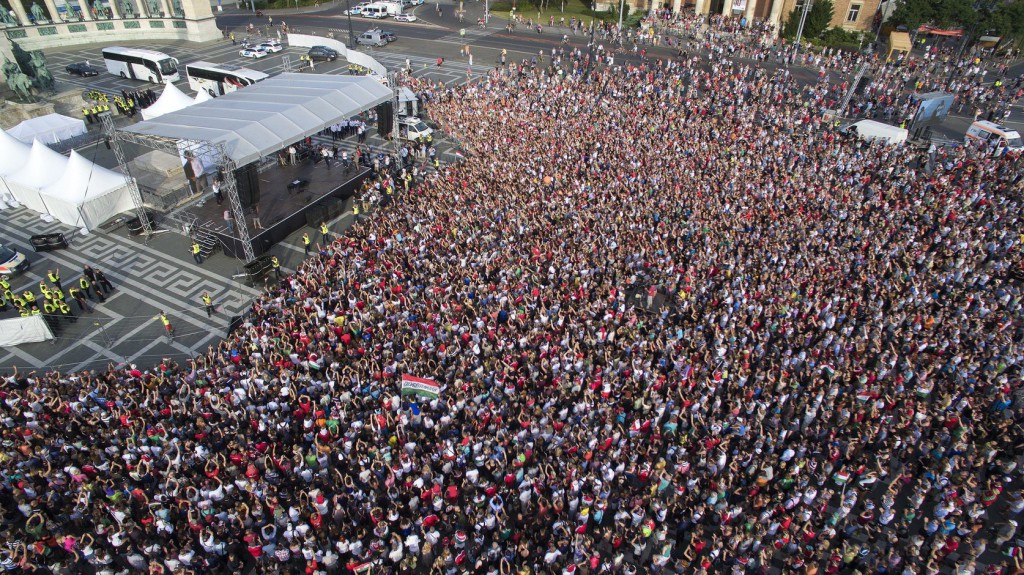 A crowd of possibly tens of thousands of fans celebrated the Hungarian national team on Heroes’ Square, Budapest as footballers returned home after a spectacular Euro 2016 showing in France.

Supporters and players celebrated together by singing the National Anthem and Hungarian pop group Soho Party’s football anthem. Players were called to the stage one by one as fans, who filled the central part of the square and poured on to the sealed-off Dózsa György út, chanted and sung even before the bus carrying the team rolled in.

Speaking on the stage, both team captain Balázs Dzsudzsák and coach Bernd Storck praised fans for encouraging the team. “Without you, this wouldn’t have happened, we’re proud of you and can’t be grateful enough. We’re happy to have been able to forge this nation together. Preparation went well, we wanted to win all matches, the last included. We still can’t grasp what’s happened and hope that this positive energy will have its effect on the whole country, 30-year-old winger Dzsudzsák said. 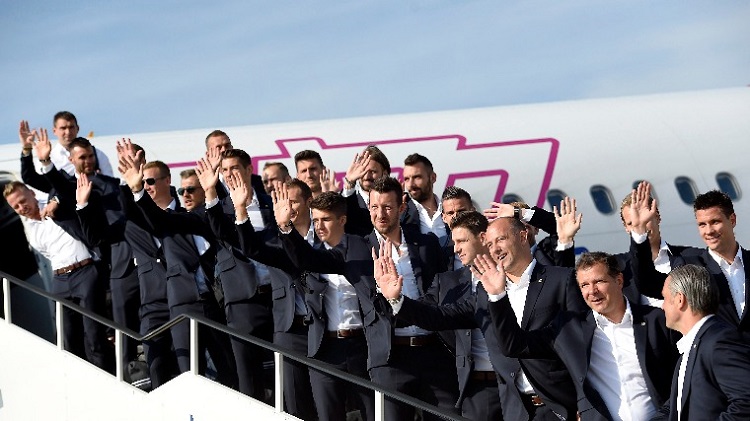 Bernd Storck, the national team’s German coach, also thanked fans for their support and exclaimed that he is backed by the “team of the future”, which has earned the success they have reach. “It was awesome, we were able to perform better and better, thanks for coming. We are now faced by a new task and hope that we’ll receive the same encouragement at World Cup qualifiers. I can’t promise anything, but we’ll do all we can”, Mr. Storck said.

Answering a question, goalkeeper Gábor Király, who became one of the stars of the Championship and at 40 years was the oldest player in the tournament’s history, said that he needs a couple of years to make up his mind on the future.