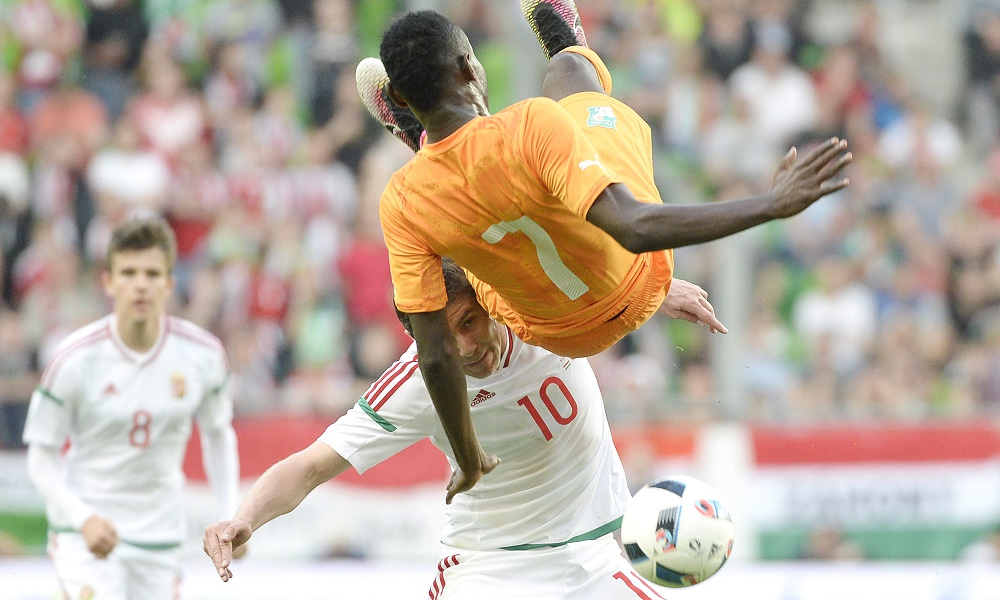 Hungary’s national football team went close to defeating Africa’s continental champions Ivory Coast in a positive display at the Groupama Aréna in Budapest last Friday but despite creating several chances in the first half, the winning goal that a boisterous home crowd craved was not quite forthcoming.

Hungary started brightly in what had been anticipated to be an open match as the momentum was clearly with the home team in the first half.  It seemed only a matter of time before Bernd Storck’s men would take the lead, however, the Hungarians could outsmart the opponent’s goalkeeper.  Target man Ádám Szalai was particularly busy up front while midfielders Ádám Gyurcsó, László Kleinheisler and Ádám Nagy all put in encouraging first-half performances. Chances to break the deadlock were not taken, though, with Gyurcsó and Szalai particularly profligate.

Unfortunately the second half was a stark contrast to the first, Ivory Coast more readily sitting deep and Hungary struggling to break down a very well-organised defensive structure. In general the Hungarian team never looked in danger of conceding a goal and they will be happy to again remind everyone of their defensive prowess. The friendly game was nevertheless a positive evening for the Hungarian team as they step up their preparations for a first EURO in 44 years. Their next and final friendly is against World Cup winner Germany on 4 June.