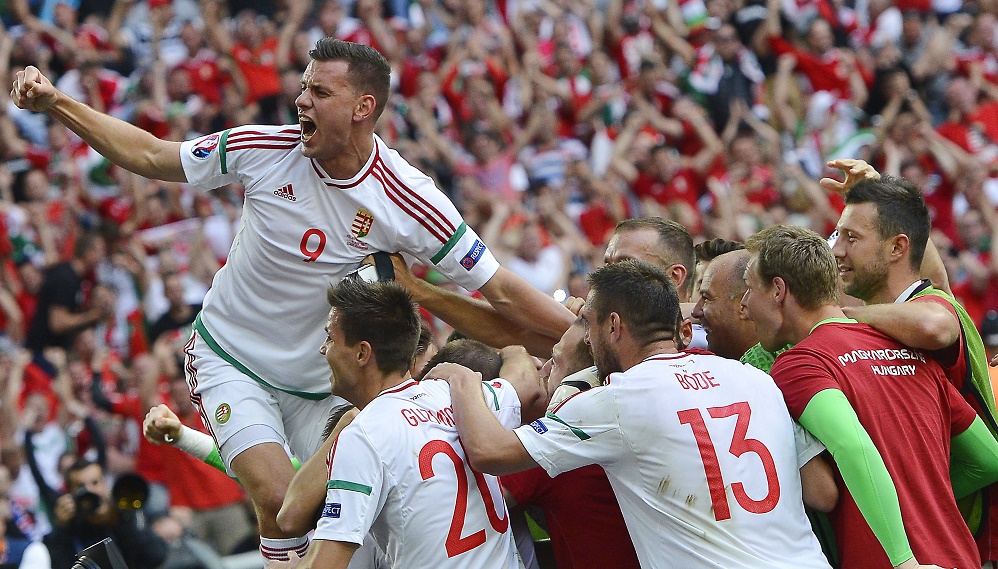 Hungary have sensationally reached the knock-out stage of the UEFA European Championship thanks to four points from only two games and some favorable results in other groups. Northern Ireland 1-0 defeat to Germany and Turkey’s 2-0 win over Czech Republic last night finally meant Hungary were assured of being at least among the best four third placed teams. Hungary qualified for a major tournament first time in 30 years, returned to the European Championship after 44 years of absence and have survived a big tournament’s group stage first time since the 1966 World Cup.

The only situation in which Hungary could finish third in Group F is if they lose tonight against Portugal and Iceland win over Austria. Otherwise, Hungary will win their group or finish runner-up. In case Hungary finish third in Group F, they will face Group D winner Croatia, while Group B runner-up England will await the Hungarians if they finish second in their own group. If Hungary finish first-placed, they will probably play against Belgium (maybe Sweden or Ireland) from Group E.

Meanwhile UEFA has fined the Hungarian Football Federation (MLSZ) 85,000 Euros for “crowd disturbances, setting off of fireworks and throwing of objects” during their Euro 2016 games against Austria and Iceland. Sándor Csányi, head of MLSZ, said in response that they accepted the fine but found strange that “while other teams have unfortunately experienced their hooligans arriving in France and fighting each other, the Hungarian supporters prepared for the games together with their Austrian and Icelandic counterparts in the absence of any atrocities or violence”.