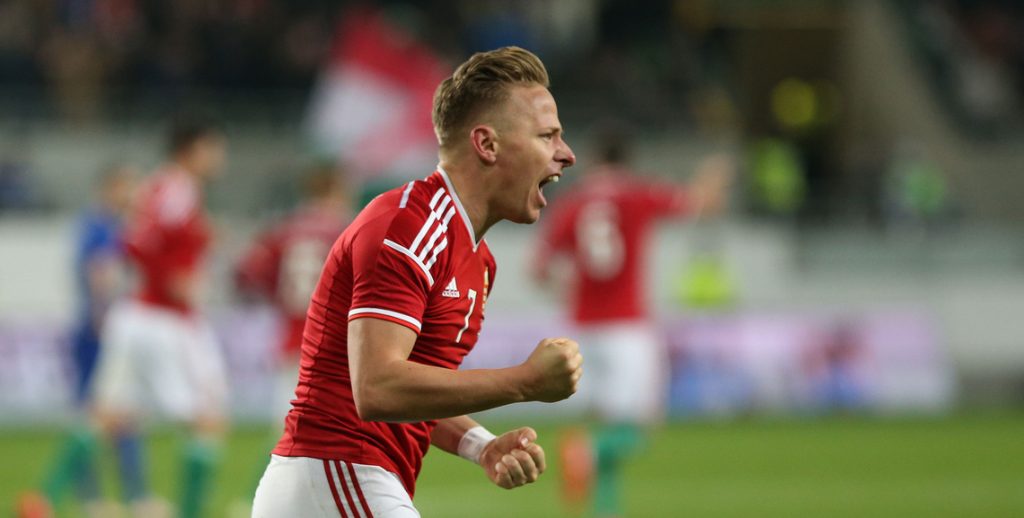 The Hungarian national football team awaits tonight’s game against Austria in good mood despite late injuries to defender Tamás Kádár and winger Gergő Lovrencsics. The neighbours face off for the 138th time today in Bordeaux, but their first in a final tournament since the 1934 World Cup. Regardless the result, the match will be a special moment for veteran Hungarian goalkeeper Gábor Király, who is set to become first 40-year-old footballer to play at UEFA EURO finals. 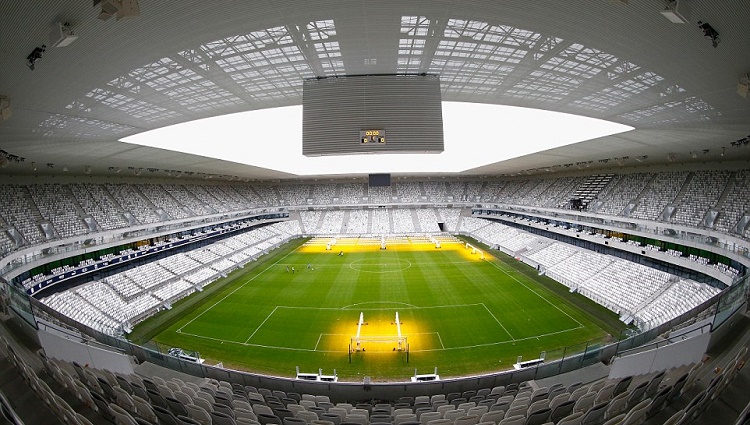 Although Hungary hold the edge in past contests with 66 wins, 31 draw and 40 defeats, this time Austria are considered as favourites due to an unbeaten qualifying campaign and to some star players in their squad such as Bayern München midfielder David Alaba or Stoke City forward Marko Arnautovic. However, Hungary have three players (Zoltán Gera Zoltán, Gábor Király and Roland Juhász), who were involved in the last friendly encounter between the teams, which ended up in a 2-1 victory for Hungary in 2006 in Graz. 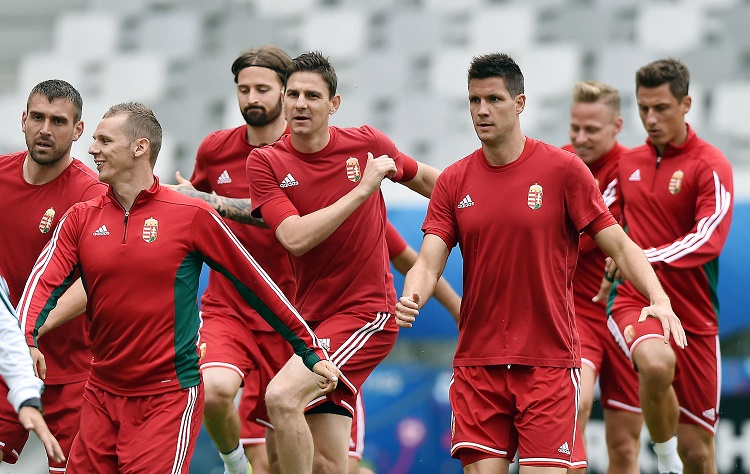 “Tomorrow’s match will be a historical occasion for us: on one hand because it’s been so long since Hungary appeared at a major tournament and on the other because the Hungary – Austria rivalry has a long and rich history”, Hungary head coach Bernd Storck told a pre-game press conference. “The first match is of course very important; a victory can give impetus and self-confidence going forward”, Storck said. Unfortunately two of our players suffered minor injuries in training yesterday. Austria are a very strong team but we’ll do our utmost to compete with them. We want to score, and we want to win the match”, he said. 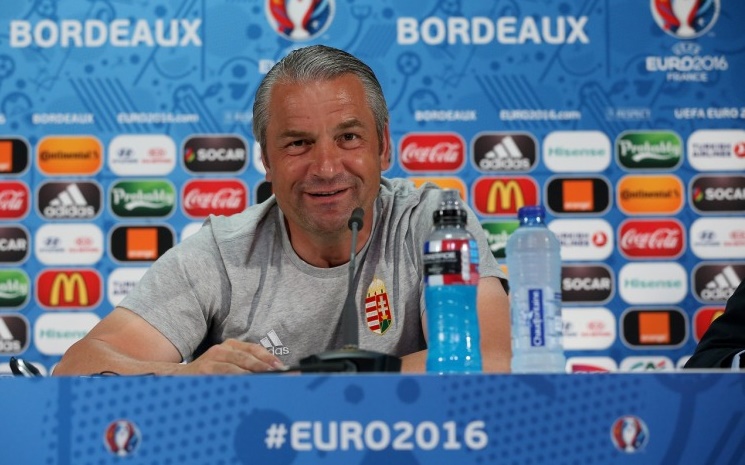 Hungarian team captain Balázs Dzsudzsák asked every travelling supporter to take care and arrive safely. “The atmosphere in our squad is very good; no one appears to be suffering from nerves”, he said. “We’ve really been looking forward to this moment and everyone is delighted that it’s finally arrived. We don’t expect any major surprises tomorrow; we’ve analysed how Austria play, we’ve watched numerous videos of them and are well-prepared for the match. I hope that the result of all our hard work will be visible on the pitch”, Dzsudzsák added.

Austria head coach Marcel Koller said that everyone was fit in their squad. “We’ve had a great preparation period and I think it’s time to finally get started. We hope to really be able to play as we want; of course there will be a few nerves but we hope we can quickly find our best playing style, he told reporters ahead of the game. “Hungary are very strong at the back. They also attack very well and are good on the counter. Clearly I’m familiar with the history of the fixture. You could say it’s a sort of derby”, Koller added.

via mlsz.hu, uefa.com and hvg.hu