European news portal euractiv.com has published an interview with László Trócsányi, Hungary’s Justice Minister. According to Trócsányi, it is always difficult for a former academic to be the Minister of Justice but he is doing his job to help his country. In the interview he has firmly rejected the accusations about Hungary’s alleged democracy deficit, insisting that there are two different interpretations of democracy, a neo-liberal and a more conservative one. Acknowledging that both approaches are legitimate today in Europe, he said that the Hungarian government respects the common good and therefore it takes a rather conservative approach, since it does not prefer “individual interests to dominate the interest of the community.”

Answering questions about the Hungarian government’s controversial relations to civil organisations and associations, László Trócsányi said that civil society was a much more complex notion than media often suggests. “You cannot simplify things in that way. There are around 60,000 associations and foundations in Hungary”, he told euractiv.com. According to the Hungarian Justice Minister most of them operating in a valuable and independent way, but at the same time “there are also some problematic cases”, since certain NGOs often take an “unilateral view influenced by a political agenda.” Answering the original question László Trócsányi raised another one: “is it possible to make generalisations from a few cases?” 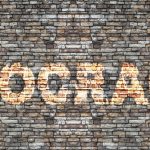