On December 11, the new EU budget and recovery plan was finally passed with the consensus of the European Council after Hungary and Poland finally agreed to ratify it. While the “rule of law” condition on EU funds has not been removed, it has been qualified, and its effects have been delayed. Below, the European Council’s conclusions on the matter are summarized and analyzed.

What we know about the rule of law condition

Firstly, the condition, according to which EU members can lose funding if they “disrespect the rule of law,” has not been removed from the 2021-2027 EU budget and recovery plan.

The condition is limited in scope to infractions against the rule of law that somehow affect EU financial interests. “The objective of the Regulation on a general regime of conditionality for the protection of the Union budget is to protect the Union budget […] against any kind of fraud, corruption and conflict of interest.“ It is made clear that

the mere finding that a breach of the rule of law has taken place does not suffice to trigger the mechanism.” The causal link between breaches of the rule of law condition “and the negative consequences on the Union’s financial interests will have to be sufficiently direct and be duly established.”

The measures taken under the aegis of this mechanism have to be “proportionate to the impact of the breaches of the rule of law on the sound financial management of the Union budget or on the Union’s financial interests.”

The Commission will further ensure that the relevance and use of any appropriate information and findings for the purposes of the Regulation “will be determined exclusively in light of the Regulation’s aim to protect the Union’s financial interests.”

‘The Regulation […] will apply from 1 January 2021 and the measures will apply only in relation to budgetary commitments starting under the new Multiannual Financial Framework.” Therefore, it will not pertain to the recovery fund.

Taking the edge off

While all of the above are almost exactly in line with the regulation as set out in the budget, it has been somewhat qualified by the European Council. These changes are what convinced Hungary and Poland to agree to institute it.

This is because at the moment, the Commission only “intends to develop and adopt guidelines on the way it will apply the Regulation, including a methodology for carrying out its assessment, while it is also agreed that if an action for annulling the Reuglation itself is introduced, “the guidelines will be finalised after the judgment of the Court of Justice so as to incorporate any relevant elements stemming from such judgment. Until such guidelines are finalised, the Commission will not propose measures under the Regulation.”

Apart from this, there are some more intangible additions to the regulation that may serve to help Hungary and Poland continue their domestic policies regarding issues not directly related to the budget without EU recourse. “[…] The European Council underlines that

This appears to give governments the ability to cite the country’s national identity as a reason for not complying with certain EU rulings or norms. The political structure of a country, which in Hungary was to a large extent shaped by the current government, can be used as a basis for unorthodox handling of EU funds, as long as adequate reasoning is provided.

What we know about the mechanism so far

At this point in time, we have little knowledge of the exact workings of the mechanism. As noted above, the Council only “intends” to develop guidelines relating to the application of the regulation.

What we do know is that “the triggering factors set out in the Regulation are to be read and applied as a closed list of homogeneous elements and not be open to factors or events of a different nature.”

The Regulation does not relate to generalised deficiencies.”

What this means for the Hungarian government is that, now expressly, any breaches of the rule of law on a political-theoretical level, such as freedom of press, or the separation of powers, are not grounds for triggering the rule of law mechanism.

It is also confirmed that “[…] measures under the mechanism will be considered only where other procedures set out in Union law […] would not allow to protect the Union budget more effectively,” meaning other regulations enjoy primacy.

There are also stipulations with regards to the information based on which procedures are carried out.

Avenues of recourse for affected states

Even before any formal steps are made, member states will have the opportunity to address concerns. “Any formal opening of the procedure will be preceded by a thorough dialogue with the Member State concerned so as to give it the possibility to remedy the situation.”

However, any measures that end up being adopted under the mechanism ”will be promptly reviewed at the initiative of the Member State concerned or by the Commission at the latest one year after their adoption by the Council. In case the Commission decides not to submit a proposal to lift the measures, it will state the reasons for its decision and will inform them at a meeting of the Council.”

This appears to mean that measures that are adopted may be in place for up to a year without any way of having them revoked under normal conditions. Additionally, the Commission can decide not to initiate the process to lift the measures.

In such cases, decisions concerning any measures cannot be taken until the Council has discussed the matter. This shall take no more than 3 months.

What do analysts say?

In Hungary, Bea Bakó of Azonnali.hu, a portal partly-owned by centrist green LMP MP Péter Ungár, asserted that essentially, all that this compromise afforded the Orbán government was some time. She also highlighted that the legally binding part of the proposed law has not changed.

Bálint Ablóczy of independent conservative Válaszonline.hu focused on the fact that the changes likely prevent the mechanism from affecting the 2022 Hungarian elections. This is most probably what PM Orbán wanted, since the government is now celebrating essentially the exact same policy that only a week ago they decried as unacceptable, and the only thing that has really changed, is the timeline.

Lili Bayer, writing for Politico, also noted that Budapest and Warsaw may still see the effects of the mechanism, only later than expected. She writes that while this compromise will likely be easy to sell for politicians at home in most countries, Poland may grapple with the situation.

Many international analysts, including Pascal Davies of Forbes and Shaun Walker of The Guardian focus on the political messaging and machinations around, rather than the realities of the regulation. Despite their implication to the contrary, there does not seem to be any clear link between the illiberal democratic behavior of Hungary and Poland regarding issues such as minority rights, immigration, and freedom of the press, and the regulation itself, which deals expressly with rule of law as connected to financial interests.

Ultimately, we will have to wait until the guidelines to get a clearer picture of what the rule of law condition might mean in practice. 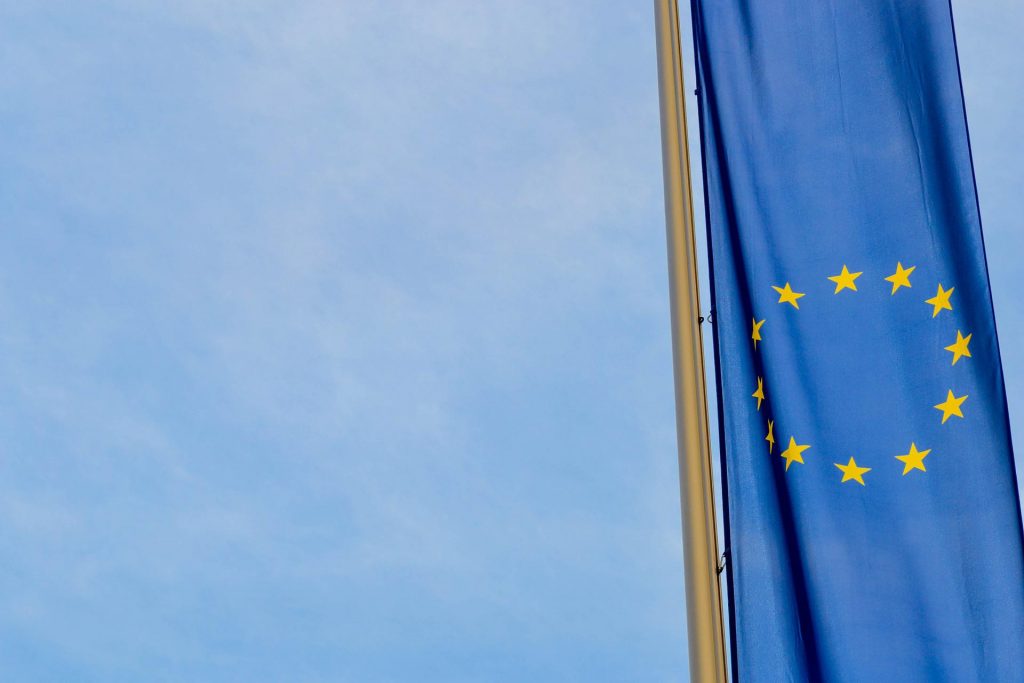 Hungary and Poland are getting increasingly frustrated with the leading intentions of the European Union and soon there might be another Member State leaning on Brussels, according to an article written by Andrew Tettenborn in The Spectator. With the Italian general elections coming up in September, the new Italian prime minister could come from the […]
Barbara Bene 2022.08.12. 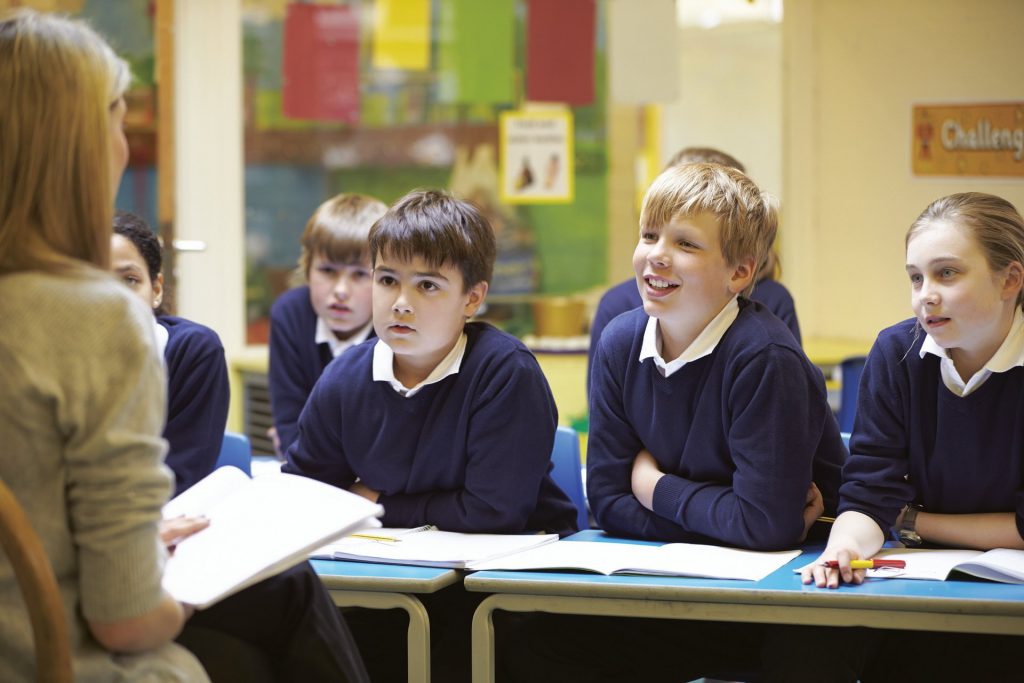 Few remembers exactly when the dispute or the negotiations between the Hungarian government and teachers’ unions have started about the chronically low salaries in the sector, some put it back into the early nineties, right after end of Communism. However, there is hope now for teachers, as the government has pledged to incentivize the sector […]
Dániel Deme 2022.08.10.