The deadline of the Szekler National Council’s (SZNT) signature drive, aimed at ensuring European Union protection for ethnic regions, has been extended by three months. As there are still thousands of signatures to be collected, the pandemic- related prolongation might be beneficial for the initiative.

The European Commission has recently decided to extend the deadlines of all European Citizens’ Initiatives that were in progress on November 1 by another three months.

The initiative aims to convince the European Commission to create a policy that instead of directing cohesion funds to national governments alone, allocates some of the transfers directly to ‘ethno-regions’ in order to help them develop their infrastructures and thereby preserve their linguistic and cultural heritage.

SZNT’s signature drive and campaign was initiated in May 2019, and this is the second time its deadline has been extended due to the pandemic. In July, the EP voted to push back its deadline to Nov. 7.

In order for the petition to be discussed in the European Parliament, one million signatures must be collected from seven member countries and these should amount to at least 750 times the number of MEPs from each country.

So far, only the first condition has been fulfilled. Regarding the second one, five countries reached the threshold to this date: while Hungary, Romania, and Slovakia have for long exceeded this limit- recently Croatia and Lithuania joined them.

Sweden is the closest to become the next one in the club with 97 percent of the needed signtures already collected, less than 400 at the moment. Percentage-wise, Spain comes next (63%), although almost 15,000 more supporting statements are needed from the Iberian country. Both Estonia (15%) and Slovenia (38%) require less than 4,000 more supporters, while Latvia (26%) needs slightly more than this amount. 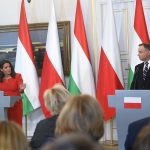