EU To Give Hungary Special Treatment On Immigration 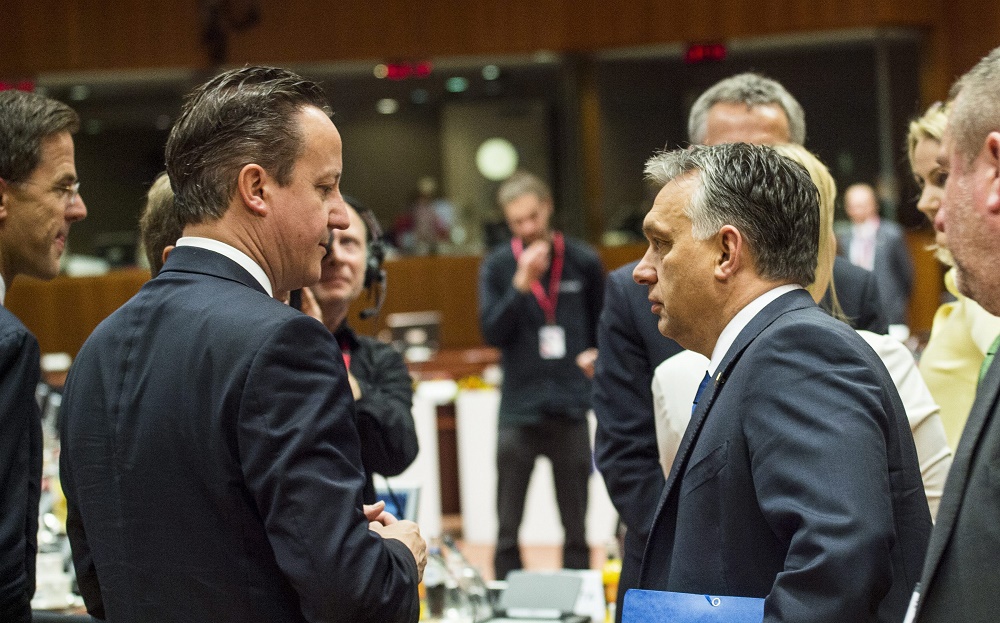 Hungarian PM Viktor Orbán has praised the deal struck between the leaders of EU member states at a summit in Brussels on migration. Orbán told Hungarian journalists that the final wording of the agreement has yet to be formulated and it was now a question of whether or not “everyone remembers it in the same way”.

The EU heads of state and the government agreed that member states would relocate 60,000 refugees amongst themselves in two years on a voluntary basis: two-thirds of them would be taken in from among those who had arrived in Italy and Greece, and 20,000 additional refugees fleeing from civil war conflicts would be taken in from outside the EU. Hungary and Bulgaria, however, will be treated as special cases. “What is in the text protects and serves the interests of the Hungarian people,” Viktor Orbán said.

The Visegrad Four have lobbied successfully against the introduction of compulsory migrant quotas in the European Union, government spokesman Zoltán Kovács said. He told public news channel M1 that the V4 countries (Czech Republic, Hungary, Poland and Slovakia) were united in their rejection of the compulsory quota. It was agreed at the summit of EU heads of government and state early on Friday that instead of compulsory quotas, voluntary quotas will be specified by the countries’ interior ministers and that Hungary and Bulgaria will be handled separately, he said.

This agreement is a “success in itself”, Kovács said, adding that Hungary has been trying for months to have the EU recognise that a third of the migration pressure on the continent is focused on Hungary, with around a third of illegal migrants registered in the country. European immigration policy in recent decades has failed and current regulations are unsuitable for handling today’s problems, he said, adding that the EU should separately examine the issue of economic migrants and give member states the freedom to decide whether they need them or not. “We do not want to become a target country for economic migrants,” Kovács said.

Miklós Mitrovits, an expert of the Hungarian Institute for Foreign Affairs and Trade, told M1 that the joint position by the V4 countries is very important, considering that three of the affected countries have Schengen borders. The fact that the other V4 countries stand behind Hungary’s standpoint sends a clear signal to the EU and the European Commission. If the countries protecting Schengen borders say that this can be guaranteed only by certain means then “it will be very difficult to say in Brussels that this is not possible and it should be done differently”, he said.