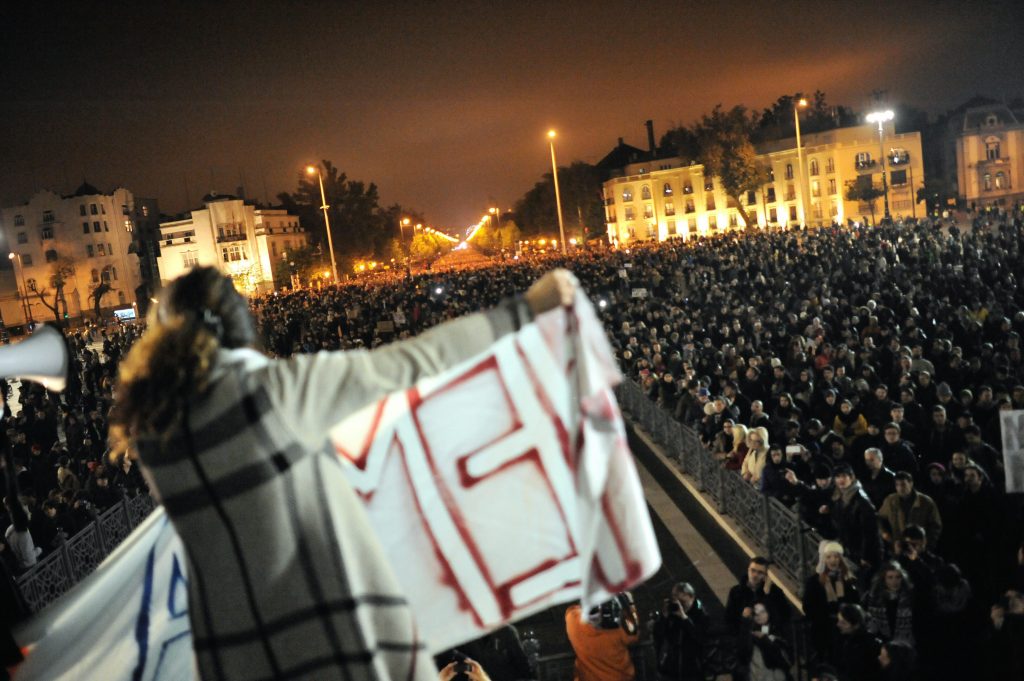 The crowd then moved to Budapest’s Heroes’ Square then some protesters marched to the Fidesz party headquarters in nearby Lendvay Street and threw used computer parts at the building, damaging windows and shutters. Several demonstrators climbed onto the balcony of the headquarters, where they hung two European Union flags. The protesters chanted “Viktator”, “We want democracy”, “Europe” and “VAT fraudsters”.

In a statement, the ruling Fidesz party voiced consternation over the Sunday demonstration “degenerating into vandalism”. Fidesz said it was open to arguments and prepared to submit an amendment proposal to the bill but held “violence totally inacceptable”. The demonstration was supported by the opposition LMP, Socialist, E-PM, DK and Jobbik parties as well as the Liga Trade Unions, the Teachers’ Trade Union and industry associations.