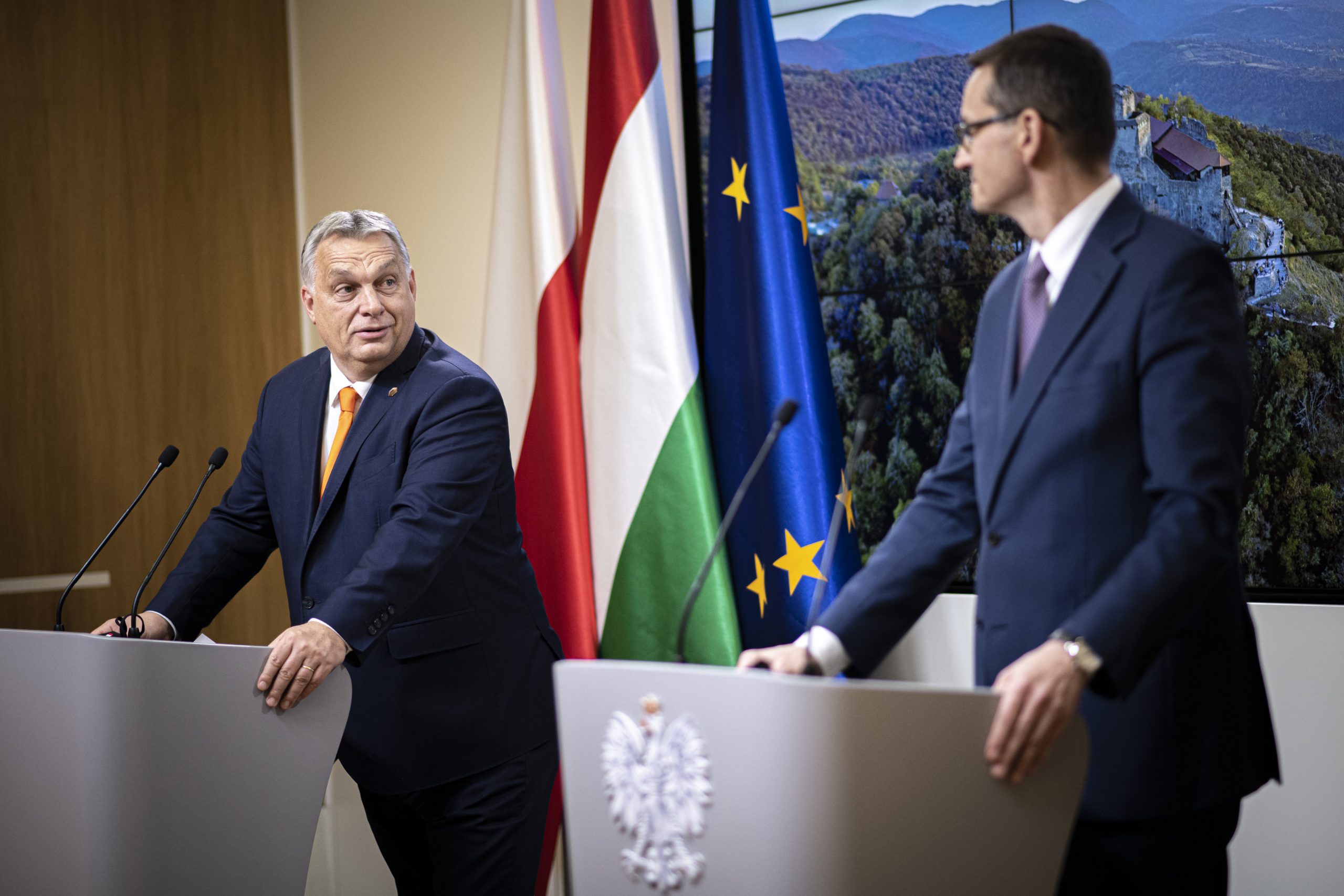 On Thursday, the European Council accepted the EU’s budget for the 2021-2027 financial cycle and its Next Generation EU recovery fund. Regarding the rule-of-law provision in the document, the summit added a clause stating that the mechanism can only be triggered if a member state’s actions harm EU financial interests. According to Viktor Orbán and other government members, the decision is a victory for Hungary, as the country can preserve its sovereignty, while the opposition thinks that the agreement is a failure for the Orbán government.

At the EU summit this week, an agreement was finally reached by the German government with the Hungarian and Polish governments concerning the next EU budget, as well as the recovery package. Viktor Orbán and Mateusz Morawiecki agreed not to veto the budget, and under the compromise, the rule of law mechanism will only be triggered if the actions of a Member State harm the financial interests of the European Union. Viktor Orbán commented on the agreement shortly after the decision on his official Facebook page, saying: “Common sense won. We protected Hungarians’ money.”

According to Fidesz, they fought a long struggle from which they came out victorious, and preserved not only the money of Hungarians, but also the sovereignty, resources, and European solidarity.

Prime Minister Viktor Orbán spoke at a press conference held with Mateusz Morawiecki, his Polish counterpart, in Brussels late on Thursday. The PM said that “we have fought for our rights,  we have rejected blackmail and everything that isn’t acceptable for our nations.”

Related article
PM Orbán: 'We have fought for our rights,  we have rejected blackmail' 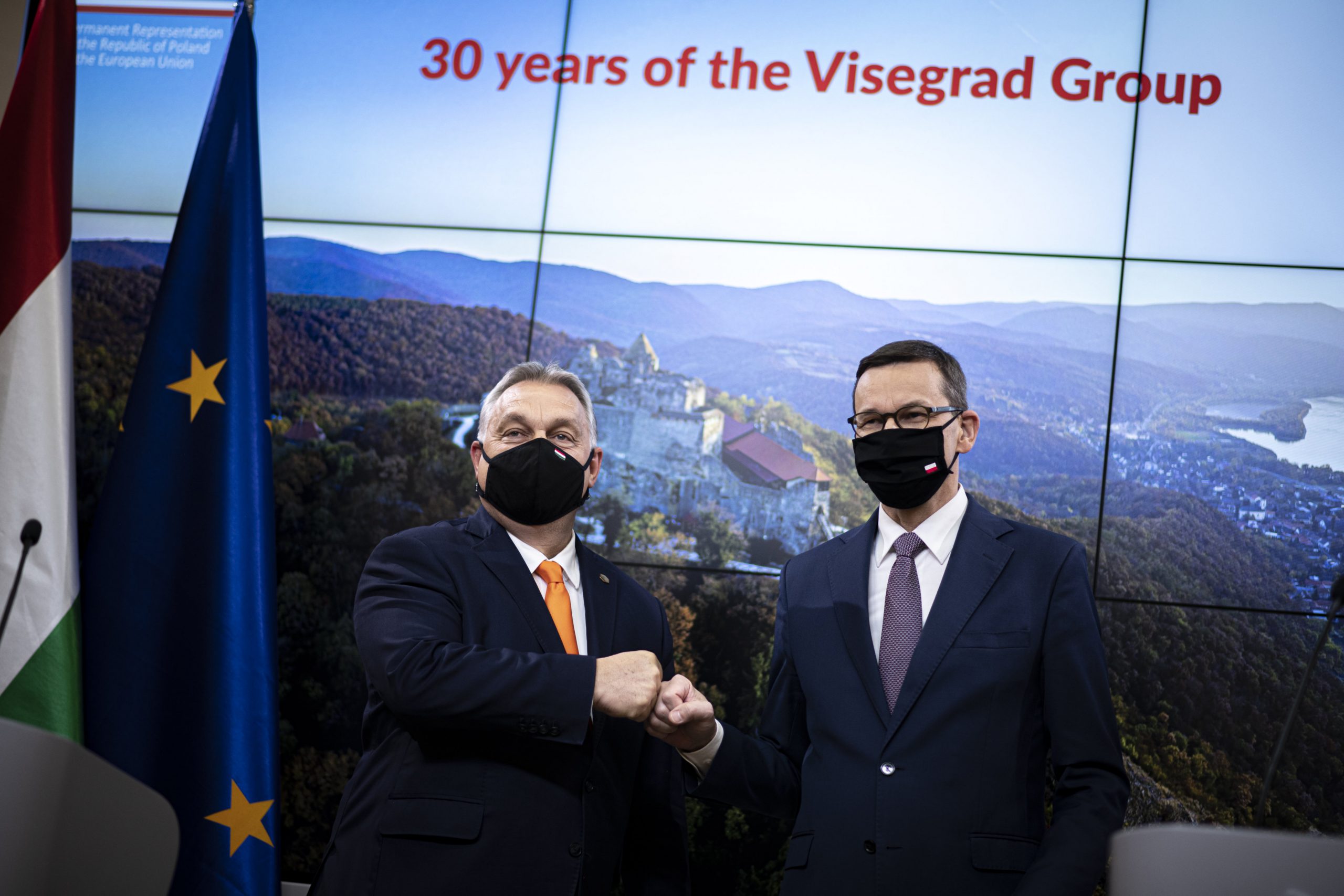 “We have fought for our rights,  we have rejected blackmail and everything that isn’t acceptable for our nations,” Prime Minister Viktor Orbán said at a press conference held with Mateusz Morawiecki, his Polish counterpart, in Brussels late on Thursday. The European Council on Thursday night accepted the EU’s budget for the 2021-2027 financial cycle and […]Continue reading

Justice Minister Judit Varga also spoke about the agreement on Friday in an interview. She said that having received the guarantees demanded in connection with the dispute over rule-of-law conditionality, Hungary has succeeded in preserving its sovereignty.

Varga cited the prime minister as saying that ideological battles should not be fought during the pandemic. “The most important victory is that they understood this,” she told public broadcaster Kossuth Radio. In addition, countries most in need of the EU recovery package will get their money quickly.

The minister added that no member state could be blackmailed into abandoning its national identity and standpoint on ideological issues. Quoting the prime minister, Varga said that Hungarians’ money has been protected with the agreement. The minister added it was only Hungary and Poland that had “jogged everyone’s memory that the EU treaties require unanimity on certain issues such as European values, including the rule of law.”

Katalin Novák, minister in charge of family affairs, talked about the decision in a video posted on Facebook. She said that Hungary has won a battle through the agreement. She added that the agreement was “not only about finances but the present and future of Hungarian children and whether we can freely live in Europe as Hungarians.”

Novák said she believed in a Europe “where there is freedom, where member states can freely decide how they want to live, where people can think differently and where each nation can independently decide about its own present and future.” She added that the Hungarian government has withstood “imperial endeavors to force ideologies on Hungarians: it has rejected mass immigration and gender ideology just as it had rejected communism.”

Opposition: The agreement is Orbán’s failure

Opposition politicians on the other hand, write about Orbán’s retreat and failure in connection with the decision. According to Jobbik president Péter Jakab, the scandal of the formerly quite combatant prime minister “softened” due to the scandal of József Szájer. The Jobbik politician said that “Orbán has declared a life-and-death struggle against Brussels because the rule of law has been raised as a condition. There has been a veto, an attempt to paralyze the EU, the promise of months of struggle, where there is no compromise because, as the Prime Minister said, we are not stupid, and he has even said that it is better outside the Union than inside. Then came the Szájer scandal, and the heart of the ‘Dear Leader’ [a reference to North Korea’s former dictator Kim Jong-il] suddenly softened.”

According to Socialist (MSZP) MEP István Ujhelyi, the Prime Minister “ran aground,” and the Orbán government “capitulated to reason and to the European Union, and agreed to the compromise proposal of the European Community.”  He added that it is visible “that the blinded government bubble tries to portray the agreement as a heroic victory, but the reality is much more nuanced: despite all the efforts of Viktor Orbán, he could not prevent EU payments from being subject to the rule of law. This mechanism will come into force next year, contrary to Fidesz’s firm intention (…) All legislation related to the rule of law that we have fought against the thief regimes in the recent past will come into force; Orbán, on the other hand, can only present a  piece of paper with no more than legal relevance as a result. He envisioned landing, but ran aground.”

Anna Donáth, MEP of Momentum said that although Viktor Orbán withdrew from the veto, he did not achieve his goal: there will be a rule of law mechanism. According to Donáth, “what everyone is selling as Viktor Orbán’s victory is really a set of apparent conflicts.” The Momentum politician said that Viktor Orbán could not ensure the rule of law mechanism won’t cover migration and family policy, just because it never really did cover these issues. She added that the Prime Minister did not succeed in narrowing the scope of the rule of law mechanism, as it comes into force unchanged in the text criticized by Fidesz. According to Donáth, “Viktor Orbán has not been able to challenge the law in court, as this right has been vested in the Hungarian Prime Minister since the accession to the EU in 2004. (…) Viktor Orbán successfully made many believe that he could only win – even when he was losing. The opposition must step out of this line of thinking.”

The Democratic Coalition (DK) has also insisted that Prime Minister Viktor Orbán suffered a defeat at the European Union summit. DK MEP Klára Dobrev said that Orbán “might have thought he could sell his defeat at home as a victory”, but it soon became clear that “not a single letter” of the proposal made by the European Parliament and the European Council on rule-of-law protections had changed. Nevertheless, Orbán gave up his planned veto of the EU budget, she added. “After that, it would be hard to maintain that Viktor Orbán left Brussels victorious,” Dobrev said. Still, Hungarians, she said, will receive EU subsidies. “Businesses, families, NGOs, health care and local governments won,” the DK politician added.

Ákos Hadházy, independent MP also posted about the decision on his Facebook page. According to the politician, “Orbán Viktor was not only given a free hand to theft until 2022 by suspending the rule of law mechanism until the decision of the European Court of Justice, but also by removing the remaining part of the CURRENT financial cycle from the money withheld from the outset.” Hadházy added that “politics is a simple grammatical question: what is the difference between compromise and appeasement. The EU has not found a good solution.”