Erste And Raiffeisen To Negotiate With Hungarian Government 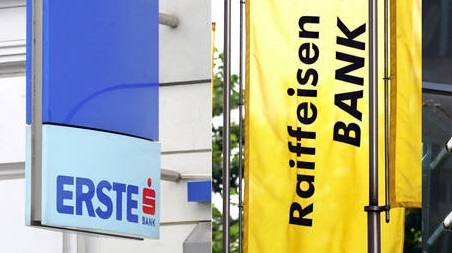 The spokesman for Erste Group said talks with the Hungarian government were under way, just as there was an ongoing exchange of opinions with the other governments in the region. The bank official said it was a first sign of the government acknowledging banks’ positive role in the development of the Hungarian economy. The spokesman also expressed hope that this would lead to a sustainable and stable financial environment, which is a pre-condition for the country’s economic growth. The bank officials did not reveal the topic or the frequency of the talks.

János Lázár, the PM’s cabinet chief, said in an interview published on Thursday that the government was in talks with Erste Bank and Raiffeisen Bank on a strategic partnership and on expanding the state’s portfolio of credit institutions. “Erste has strategic goals in Hungary. It is a strong financial institution in the country, which deserves special attention,” Lázár told weekly Figyelő. “Raiffeisen may be in a different situation, we would like to agree with them as well on their future,” he added.