Without a doubt, Ernő Rubik is one of the most well-known Hungarians of the XXth Century. He hardly ever gives an interview but made an exception for Hungary Today. Ernő Rubik discussed the creation of his most popular invention, the Rubik’s cube, its path to enormous success and its influence. He also revealed what he is up to nowadays.

Calvin Klein, the American-Hungarian fashion designer once said “I have met with so many people who think Calvin Klein is just a brand name. They don’t believe I actually exist.” Have you ever felt this when introducing yourself?

I don’t think I have – not that it would bother me much.

I’m sure you’ve heard of Edward Snowden too. He was able to smuggle top-secret National Security Agency information in a Rubik’s Cube, which caused an international storm. How do you respond to these types of situations? Are you still capable of being surprised?

That’s only in the movie, in reality, the cube was probably just used as a signal at a secret meeting…
I’ve seen quite a lot of surprising developments with the Cube, especially on the occasion of the 2014 “Beyond Rubik’s Cube” anniversary exhibition, which I helped to prepare. This was a convenient opportunity for me to do a little research as well, because previously I usually just accidentally discovered some relevant news item. But still, I am continuously surprised: like, for example, in early 2018, MIT’s deep-learning machine managed to solve the Cube within 42 hours, or, when I noticed that the number of cube-competitions internationally (in more than 100 countries) will surpass 1000 this year.

What do you think made the Rubik’s Cube so popular? A complex scheme, yet so simply presented?

The effect of the Cube on the world and humanity is even more interesting to me than the puzzle itself. An explanation of rare, global influences is more complicated and elongated to decipher than to solve the Cube. Why? The key is human nature, how we think. How similar and yet how different we are, and what this actually consists of. We do not hide from a challenge but rather positively respond. Starting out in the late 1970s it was a big obstacle to get the toy trade understand how the Cube could possibly be a commercial success; why would people buy it if it was impossible to solve and only resulted in failed attempts?! Soon reality thoroughly contradicted this. As to how and why this happened, that is a more complex question. Certainly, the Cube touches intimate human emotions through its contrast of simplicity and complexity, as well as its illusion of infinity—just like when people look up to the sky and survey the stars, meanwhile knowing that there is no such thing as infinity because these stars are countable. 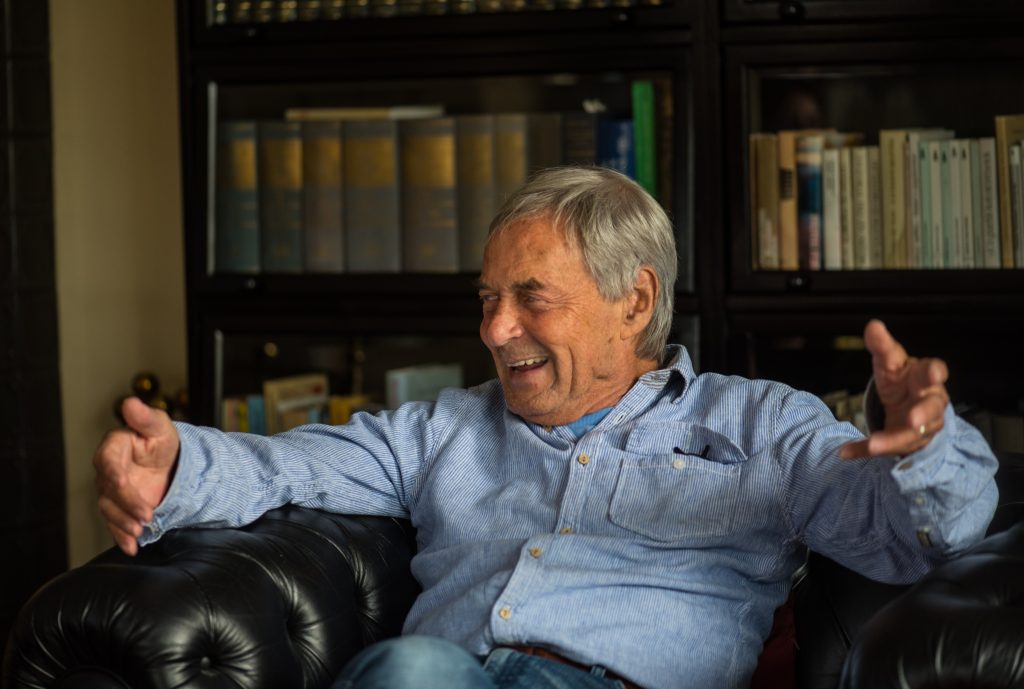 The puzzle is a great example of how knowledge is shared in a society. The Cube is around the same age as the internet—when it was a much simpler version, working only as a network among universities. Back then already, a virtual mailing list of mathematicians, physicians titled “Cube Lovers” was circulated and it is still there today, just with many more members.

Can you recall when the Rubik’s Cube became a worldwide phenomenon? For instance, from when the first version was created. How were you able to market it under socialism? Were there difficulties with this? How did it first reach foreign markets?

When one is thrust into an unfamiliar situation, it’s difficult to fully grasp what is happening. As if you were just dropped into the middle of a huge storm or battle. In the past century, the Cube has had three deciding historical phases. The first, when it initially appeared in the marketplace towards the end of the 70s in Hungary’s planned economy, when straplines like “toys from the toyshop” were the cutting edge in marketing. Within a few years, 300 000 cubes were sold, which is an outstanding quantity, even today, for such a small market. A critical change came about once the Cube’s distribution reached the West – the other side of the Iron Curtain. The next three years were an immediate and unprecedented success story. Its popularity was decisive in the USA, but it spread throughout the entire western world, and lines even formed in Moscow’s famous GUM store. The unpredicted, enormous quantities and speed of sales caused serious supply shortages; we successfully “exported” the main issue plaguing socialist economic plans– lack of supplies– to the rest of the world. The third phase began in ’83 when the constant growth of sales began to slow and eventually decline. I think this was partly the fault on the business side: initially, analysts underestimated the demand and later overestimated it. By the end of the third year (1983) basically everyone on the standard market had a cube, with more than 100 million sold. An astonishing number. 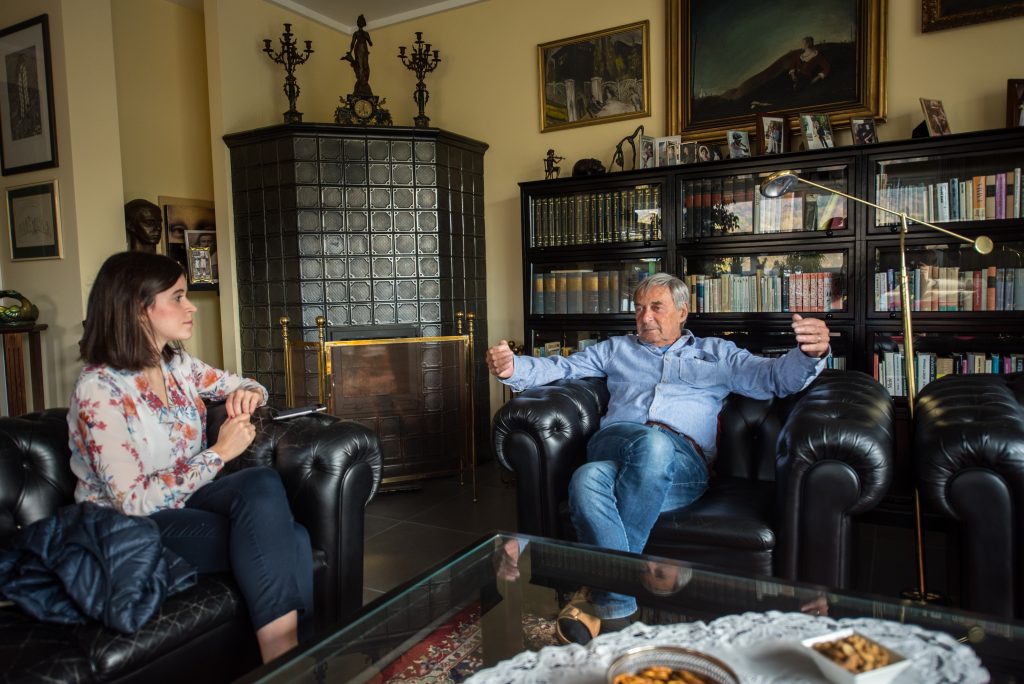 The truly interesting period came at the turn of the century. Not only did the Cube remain relevant, but it became increasingly popular—thereby refuting worries of a youth fully addicted to the digital world. Even today, if a cube finds its way into a classroom, everyone eventually wants one too. Likewise, hundreds of Cubers’ clubs got established organically around the globe; competitions are held in almost 100 countries, made official by the rules of the WCA (World Cubing Association) which was formed in the beginning of the century. It has gone so far as to have 1,000 competitions per year!

It’s still intriguing that only a minimal amount of customers can actually solve the cube on their own. Countless videos exist on the internet teaching you how to solve the cube with anywhere from 20 to 40 million views. In the 80s when the internet was not widely available, you could only find the solution in books. Around six-seven million copies were produced of these books, occasionally even appearing on the New York Times bestseller list. According to an article from the Scientific American, figuring out the cube is quite similar to the methodology of scientific research: One experiments, creates theories, then tests them, and perseveres tirelessly. For actual mathematical researchers it took over 30 years to prove “god’s number” which is the maximum number of moves needed to work out the 43 252 003 274 489 856 000 cube solutions: 20.

Aside from Ferenc Puskás’ name, perhaps the Rubik’s Cube is the most internationally recognized Hungarian “product”.

Product? How do we define a product? Unfortunately, Puskás is not around any more to protest, but maybe I still can… In the same manner that the 6:3 victory in London meant something more to him, so the Cube represents something more to me than just the success of a product. 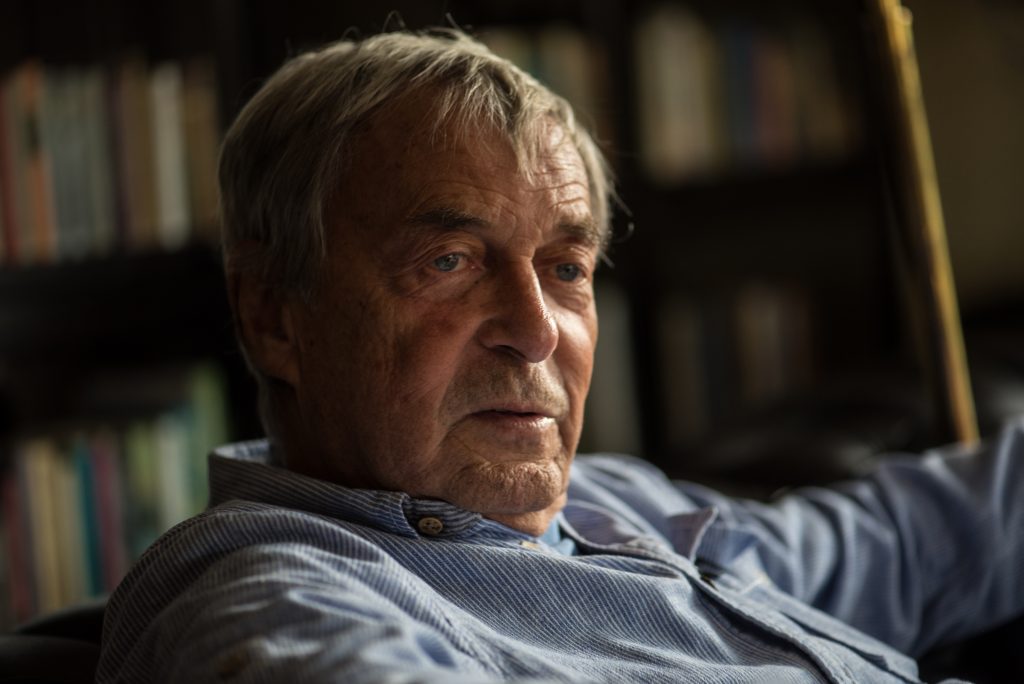 As a world traveler, what do you think, to what extent do people associate the Cube with Hungary?

It depends on where I go and who I meet. Unfortunately, people rarely care to seek information even if easily accessible. Not only do we not know enough, but a majority of our knowledge is outdated, incorrect. But of course there are many who do know that the Cube’s inventor is Hungarian, they just aren’t sure if he’s still alive!

How much does your life consist of Cube-related events and invitations?

It is a part of my life, I get more invitations than I can possibly respond to. The travelling, flying, and jet-lag is becoming more of a struggle, especially with long, overseas trips. But I do actively partake in larger events so that the brand which carries my name may develop and remain strong, stable and successful for a long time. 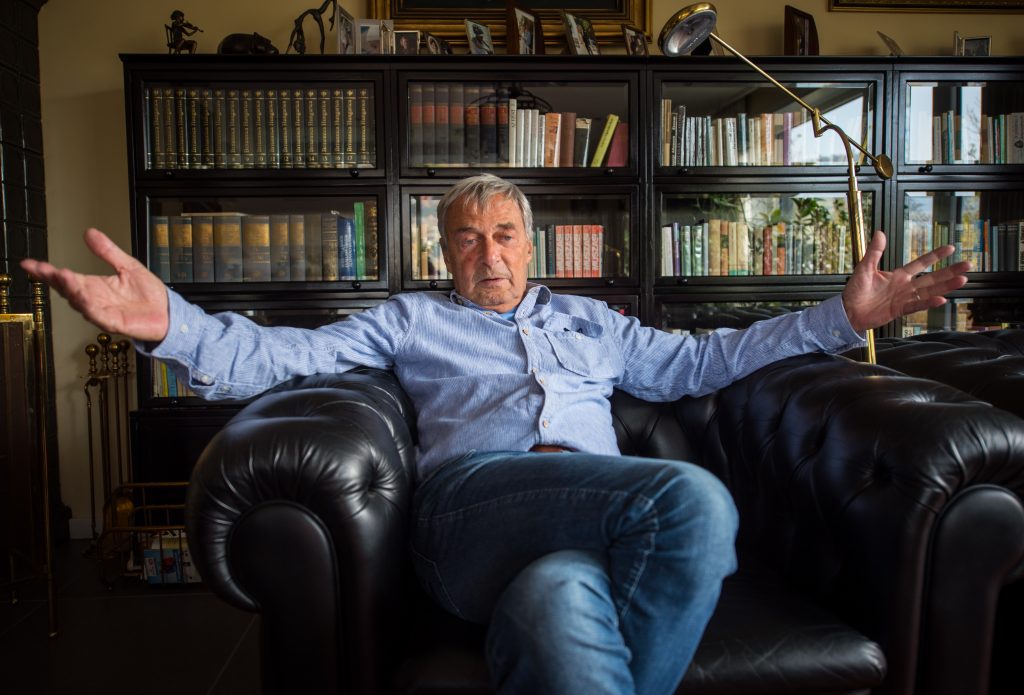 Aside from your university work and the Rubik Studio, you also develop game-software. Could you tell us about these?

My generation closely followed the birth of the computer and the amazing success of IT. I was not, and am not, a software developer – I’m much more interested in the opportunities: the vast potential and also some dangers of artificial intelligence. Browsing the internet, I see the daily creation of new Cube game programs. I have collected about 2000, which indicates a myriad of developers who are inspired by the task, but also many more players.

How fast can you solve the Rubik’s Cube?

I’m not sure, but I’m definitely slower now than I was 40 years ago! I appreciate that some may be interested in such trivia, but where should I rush? First of all, I am slowly reaching the age where one is happy to simply be able to do something that was previously natural and effortless. Furthermore, I still believe that the true measure of success is the quality of a result, not just its speed.