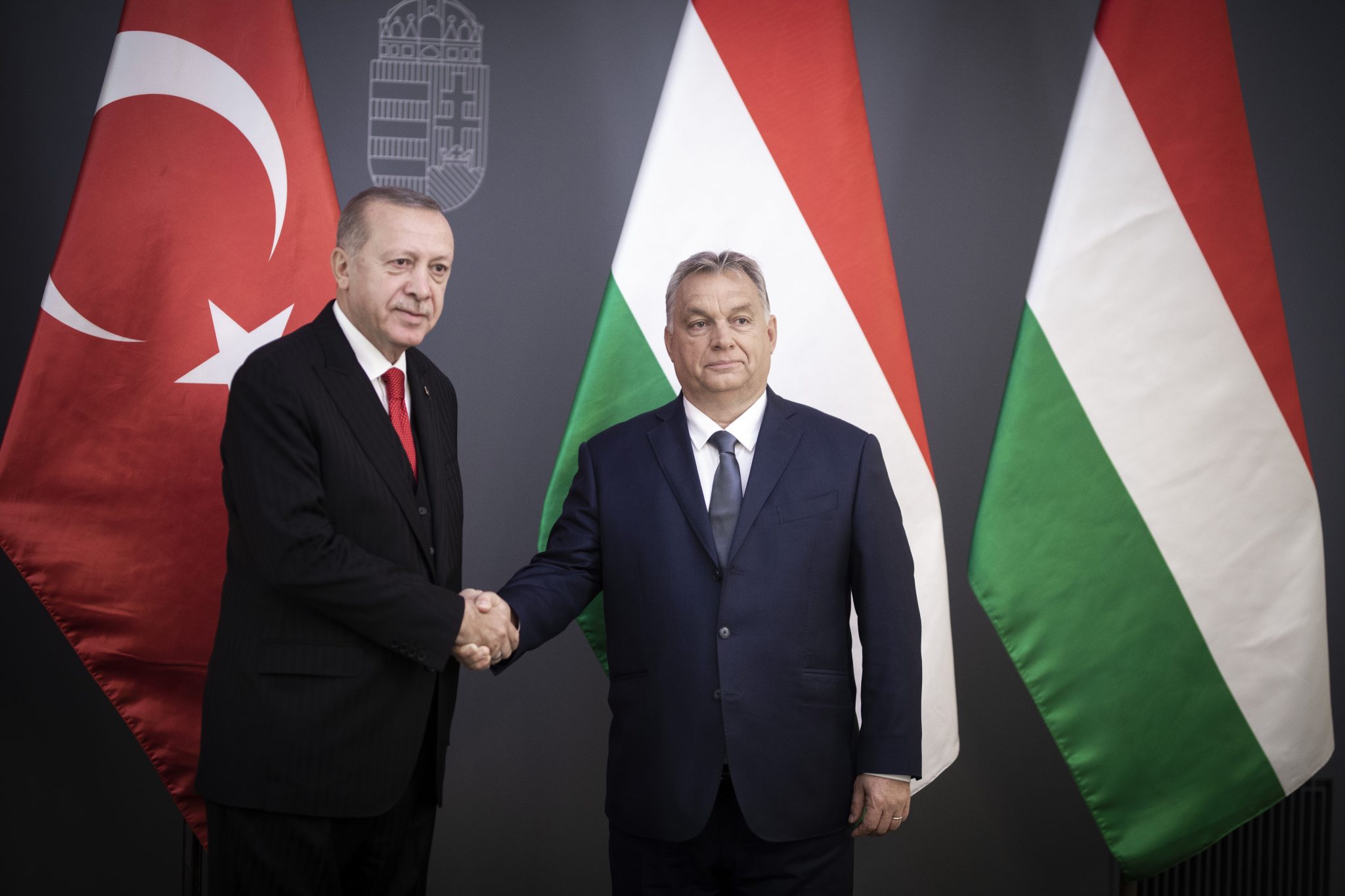 Hungary-Turkey relations are “excellent”, Turkish President Recep Tayyip Erdogan said in Budapest on Thursday. This level of good cooperation should be maintained in the future, too, he added.

Erdogan told a press conference after talks with Prime Minister Viktor Orbán that almost four million refugees currently resided in Turkey and many would set out for Europe. “Due to cooperation, we have held this crowd back with patience,” he said, adding that a security zone was needed so the migrants can be sent back home. Erdogan said he had agreed with the United Nation’s secretary-general that a donor conference would be organised to implement Turkey’s plans.

Hungary supports Turkey in the fight against terrorism and the countries are allies and strategic partners in NATO, he said. The only way to fight against international terrorists is if NATO allies “refuse to talk to the terrorists”, he added.

Turkey has taken resolute action against Islamic State fighters, and its dedication to these efforts will be maintained, he said.

Erdogan insisted that Turkey had not received the sum the European Union had promised for taking care of refugees.

In response to a question, he said Turkey would continue looking after them but the country would not be able to handle everything.

If no solution is found then the “gates will have to be opened and it is obvious in which direction people will set off.”

He expressed appreciation for Hungary’s support for Turkey’s EU accession. The EU, he said, had recently handled Turkey “in a rather dismissive manner”. He said this also harmed the bloc since the EU could greatly benefit from Turkey’s membership. Turkey maintains good relations with the Visegrad group and plans to strengthen it, he added.

The fourth meeting of a Hungary-Turkey high-level strategic council was held in Budapest, covering many issues which could have a great impact on the future, he said. Among these issues, he cited politics, security policy, migration, trade and cultural relations, education and road haulage.

A group of 15 Turkish businesspeople are in Budapest to hold talks, he noted, adding that the government in Ankara is giving all its support for building business ties, he said. The same is expected from the Hungarian government, he added.

He expressed thanks to the Hungarian government for its support for the operation of a school by the Maarif Foundation in Budapest from September 2020.

Erdogan praised “exemplary cooperation” in nurturing the two countries’ common historical and cultural past. He noted that the tomb of 16th century Dervish and poet Gül Baba in Budapest opened last year after being refurbished.

Erdogan noted that Hungary has observer status in the Turkic Council and an office of the organisation recently opened in Budapest. This, he said, also helped the development of ties with Central Asia.

In response to a question about his upcoming meeting with US President Donald Trump, he said bilateral relations, the regional situation and trade issues would be discussed, and the most important topic would be the fight against terrorism.