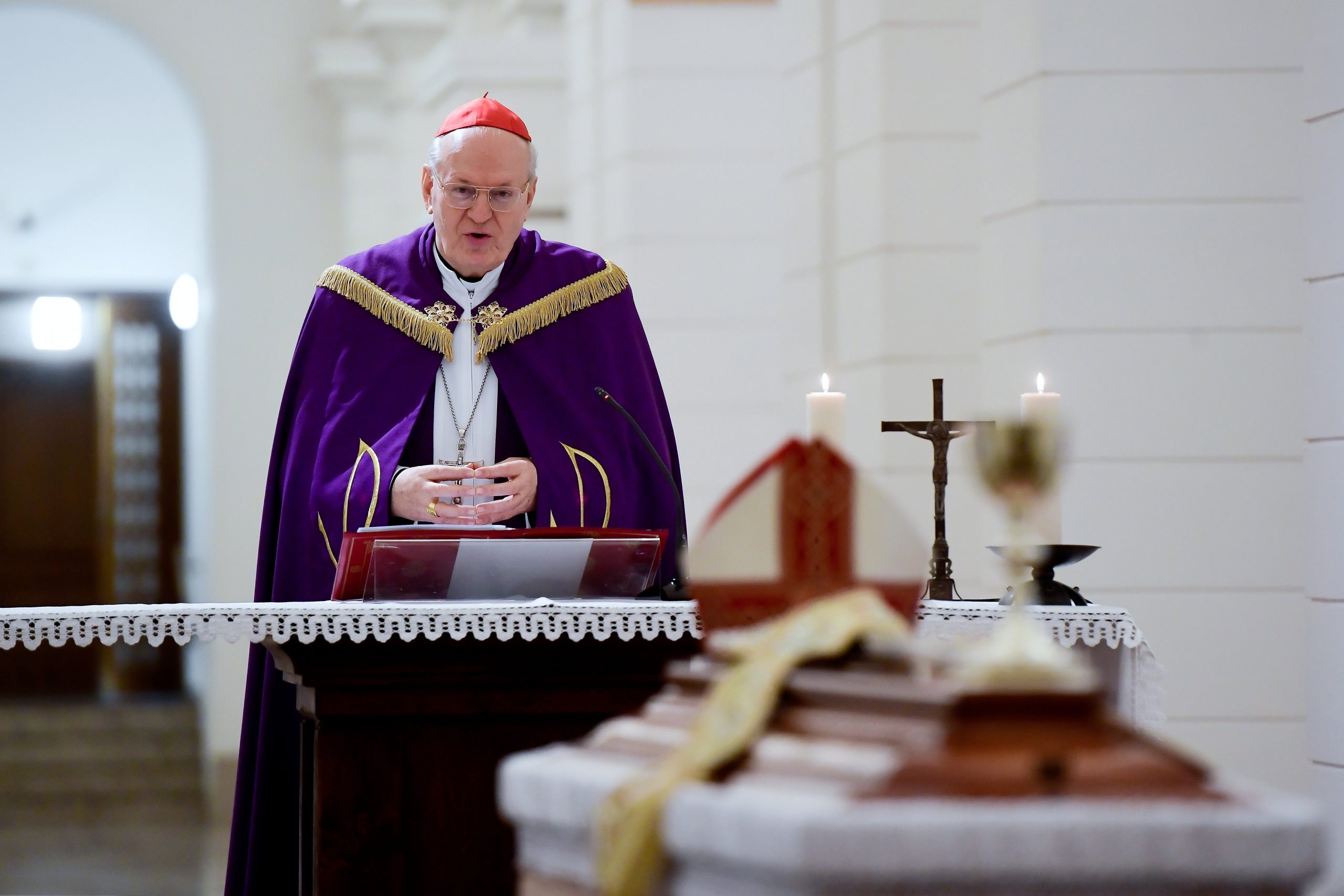 Archbishop Péter Erdő, the head of the Hungarian Catholic church, on Friday celebrated holy mass launching a special year dedicated to the family, announced by Pope Francis to mark the fifth anniversary of his exhortation Amoris leatitiae.

At the mass, held in a closed circle due to the coronavirus pandemic, Erdő prayed for God’s blessing to grant strength to families in that difficult situation.

A letter from family affairs minister Katalin Novák was read out at the mass. She said families could always count on the service of Christian churches, and that the government was “honoured” to help strengthen families by crafting laws to protect them, provide financial aid and to provide the basis of life with families at its center.

Novák said traditional families, a “cornerstone of Christian life and culture,” were currently under attack. “Destructive forces are working to tear families apart, ruin communities and keep young people from having children,” she said.

However, the basic values in life remain unchanged, Novák said. “We still need the fixed points we have been leaning on for 2,000 years,” the letter said.

Miklós Soltész, the state secretary for church relations and ethnic minorities, noted in his message that the Hungarian government had assisted families in many ways, as well as people planning to marry or raise a family. As a result, the number of marriages has grown by more than 80 percent since 2010, and the number of couples deciding to have children has also grown, he said. The number of divorces has fallen by 27 percent, and the number of abortions has halved, he said.