Complaints about discrimination will in future be handled by an institution with stronger constitutional guarantees than the office the cases are currently assigned to, Justice Minister Judit Varga said on Facebook on Friday.

The minister said Dunja Mijatovic, the Council of Europe’s Commissioner for Human Rights, had “political motives” for expressing concern in the media over bills the Hungarian government submitted to parliament last week. Varga added that the “Parliament and lawmakers are doing their job and are conducting meaningful debates on the bills in question.”

Contrary to the allegations that have been made, the Office of the Commissioner for Fundamental Rights is set to integrate the Equal Treatment Authority (EBH) with its full powers.

The office will offer the same protections the EBH had and bodies that fail to meet equal treatment requirements will still face fines, she added.

Varga said that “every sovereign state has the right to choose its own institutional solutions.” She added that “it is not the human rights commissioner’s job to judge these.” Varga also noted that unlike the EBH, the Commissioner for Fundamental Rights was an institution governed by Hungary’s constitution, adding that the commissioner is elected by parliament.

Having complaints about discrimination be handled by the Office of the Commissioner for Fundamental Rights is in line with Hungary’s EU obligations concerning the effective enforcement of equal treatment, the justice minister said. 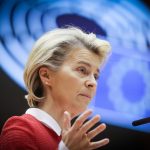 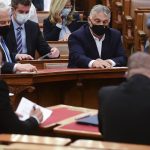